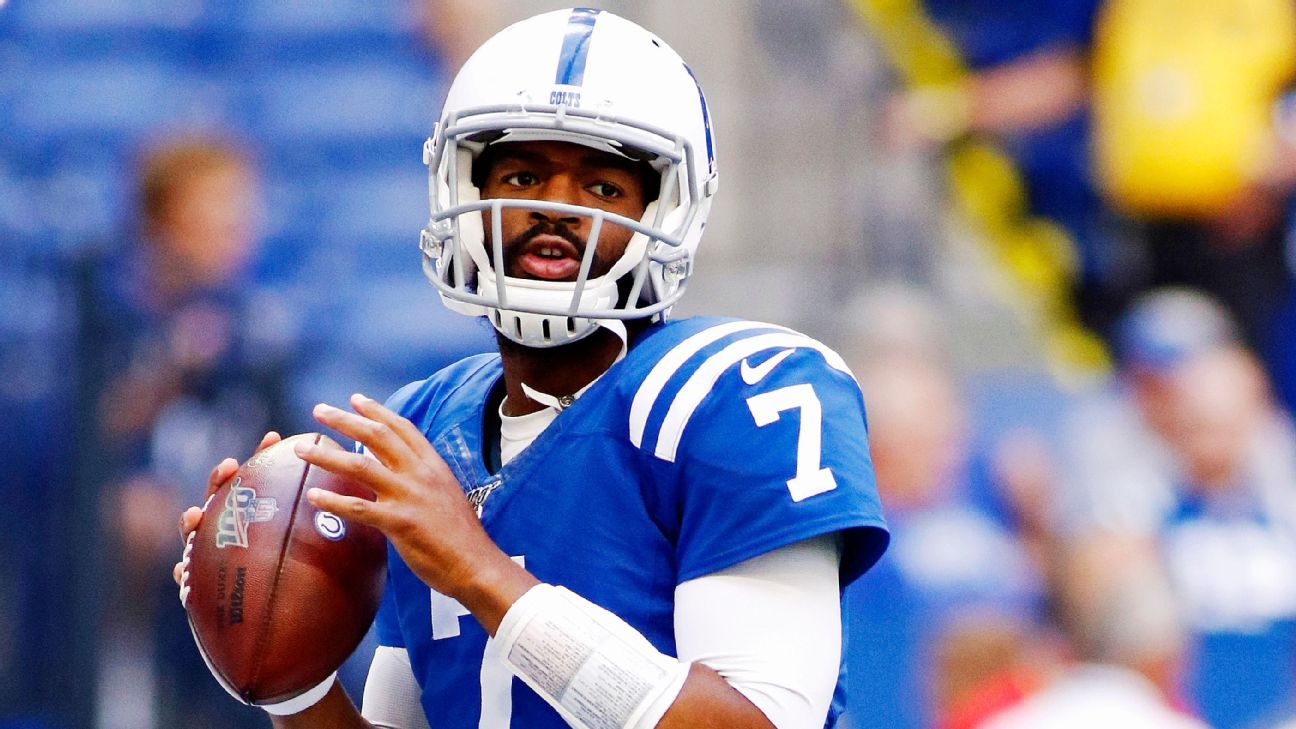 Another week of football starts tonight, which means it’s time to get your fantasy lineups ready. As the playoffs draw closer and closer, the tension continues to rise. This is a must-win week for a lot of you out there, so let’s go win it.

Here are some of the best start and sit candidates for Week 12 in the fantasy football season.

Tannehill might be playing the best football of his career since he took over for Marcus Mariota in Week 6. He looks like a man who has always deserved to start in this league and refuses to let this second chance pass him by. Tannehill is getting the job done on the ground and through the air, scoring a minimum of 18.9 points as a starter so far. With the Titans now firmly entrenched in the race for either the AFC South or a Wild Card berth, Tannehill is going to bring it against the sinking Jaguars and their middle-of-the-road pass defense.

In the other pivotal AFC South clash of the week, Jacoby Brissett and the Colts should be able to move the ball with ease against a Texans defense that has allowed the fourth-most passing yards and the fifth-most passing touchdowns. Brissett’s return to the field last week had some mixed results, but he was able to rush for his second touchdown of the year and looked ready to move forward now that he’s shaken the rust off.

I would’ve shrugged off Atlanta holding the Panthers to just 3 points if I hadn’t just seen them keep the Saints out of the end zone too. The Falcons are doing something right right now, and with Jameis coming off a four-interception game, the Falcons, who just picked off Kyle Allen four times, aren’t as good a matchup as it looked like on the calendar a few weeks ago.

Back in Week 8 I suggested moving on from Carson Wentz as your starter, and since then he hasn’t topped 15.1 fantasy points in any start. The Seahawks had arguably the best defensive game of their season two weeks ago against San Francisco, and are now fresh off a bye. With Lane Johnson potentially out for this game and Jason Peters shaken up, the Seattle pass rush could pose a serious problem for Wentz this week. Things get easier from here though, with the Dolphins, Giants, and Redskins next on the schedule.

Yes, Coleman has been skating by lately with the goodwill he built off his 4 TD performance against Carolina. It’s been a few weeks since then, but another game against another bottom rush defense looms on the horizon, as the Green Bay Packers and their 4.8 YPC allowed head into Santa Clara for what should be a closely contested game to the end. With Matt Breida still yet to practice since spraining his ankle, Coleman will once again lead the Niners’ backfield and should see far more success than he did against Seattle.

Most people are starting White already, but it took his worst game of the year, statistically, to remind me just how solid and consistent he’s been this year. Last week’s game was White’s first in which he failed to crack double digits, and even still he came within 0.4 PPR points of reaching that benchmark. Unless you have a team full of superstars, White should have a place in your lineup each and every week. A home game against the Cowboys, who have been gashed by pass catching running backs on a couple occasions lately, only makes the decision easier.

Contrary to White, Michel has been absolutely brutal this season, and doesn’t have much of a case for being a fantasy starter, beyond the offensive potential of his team, which isn’t as high as it was expected to be, and his rushing workload, which appears to be shrinking. Sony has just 14 carries in his last two games, and his YPC of 3.3 is making it clear why. The return of Isaiah Wynn will be important to getting the offense in gear again, but Michel doesn’t inspire much hope regardless, with three straight games of 7.4 points or lower.

Okay, the experiment failed, let’s just move on. Hill was given the biggest opportunity of his career, with 16 touches against one of the worst rushing defenses in football, and left the game having scored 4.8 fantasy points on 2.8 yards per touch. He might get a similar workload against Tampa Bay, but the Buccaneers boast the league’s second-toughest rush defense, allowing teams to gain only 80.9 yards per game on the ground. Best avoid the Falcons backs until Devonta Freeman returns.

Call his recent success a product of an easy schedule all you want. You may be right, but all I know is that “easy schedule” extends into Week 12 as the Jets face the Raiders and their bottom-10 fantasy defense against receivers, so whatever has been working so well lately should continue work this week. With Crowder averaging exactly 20 points over his last 3 games, it’s past time that he was started in far more leagues.

It’s taking quite a long time for people to come around on Parker and find a way to get him into their lineups, and for good reason given how many times we’ve been let down by him before. Now, though, it’s past time we did because since Week 4, Parker has been as dependable a WR2 as you could ask for. Not once since that time has he posted a single-digit score, and four times in that seven week span, he has gone above 15 points. The Browns did a good job of shutting down the Steelers’ passing offense, but without Miles Garrett for the first time, the task just got harder, and the Dolphins are no longer pushovers either.

Sanders didn’t even see half of the 49ers’ offensive snaps Sunday against the Cardinals, and it’s quite obvious that he’s playing through an injury and it would do him good to sit out a week. He’s struggling to get on the practice field again this week, and while it’s quite possible the team activates him for such an important matchup against the Packers, it’s too much of a risk for fantasy owners to do the same. Should he be inactive, it’s possible that all your bench players will have already played by Sunday Night Football and you’ll be left with what could’ve been a very avoidable 0 from one of your starting slots. If he is active, he’ll be on a snap count against one of the league’s best secondaries. Nothing about this situation is worth risking starting Sanders.

Marquise Brown has been somewhat off and on this season, which is to be expected for a rookie on an offense with just the 20th-most passing yards in the NFL, so his value has come primarily from individual plays, which doesn’t exactly forecast consistency week to week. With Hollywood heading into Hollywood this week, a one-on-one battle against Jalen Ramsey looms, which means this week’s score is likely to be on the lower end of Brown’s wide range of outcomes. There’s always the chance of a big play, but not many targets may be headed Brown’s way in this one.

A surprising number of startable tight ends are beginning to reveal themselves in the second half of this season, with Hollister potentially being the most impactful of all. The Seahawks are peppering their tight ends with targets this year; Will Dissly was on his way to becoming a fantasy star before his injury, and now Hollister is taking his place. With 16 targets and 12 receptions for 3 touchdowns in his last two games, Hollister is automatically in the TE1 tier.

Listen, I’ve gotten my point across about T.J. Hockenson quite a few times now, but the fact remains that he is still owned in over 60% of ESPN leagues and almost 50% of Yahoo leagues, which is laugh-out-loud funny given that the one fantasy accomplishment he can hang his hat on is being the first to expose the Cardinals’ terrible defense against tight ends before anyone knew they stunk at it. Hockenson being so highly owned while Hollister, Dallas Goedert, Kyle Rudolph, and more impressive rookie counterpart Noah Fant are still so widely available doesn’t make any sense to me. Even Irv Smith has been considerably better than Hockenson lately, which means Hockenson isn’t even a top-12 fantasy tight end from his own draft class right now. Drop him.