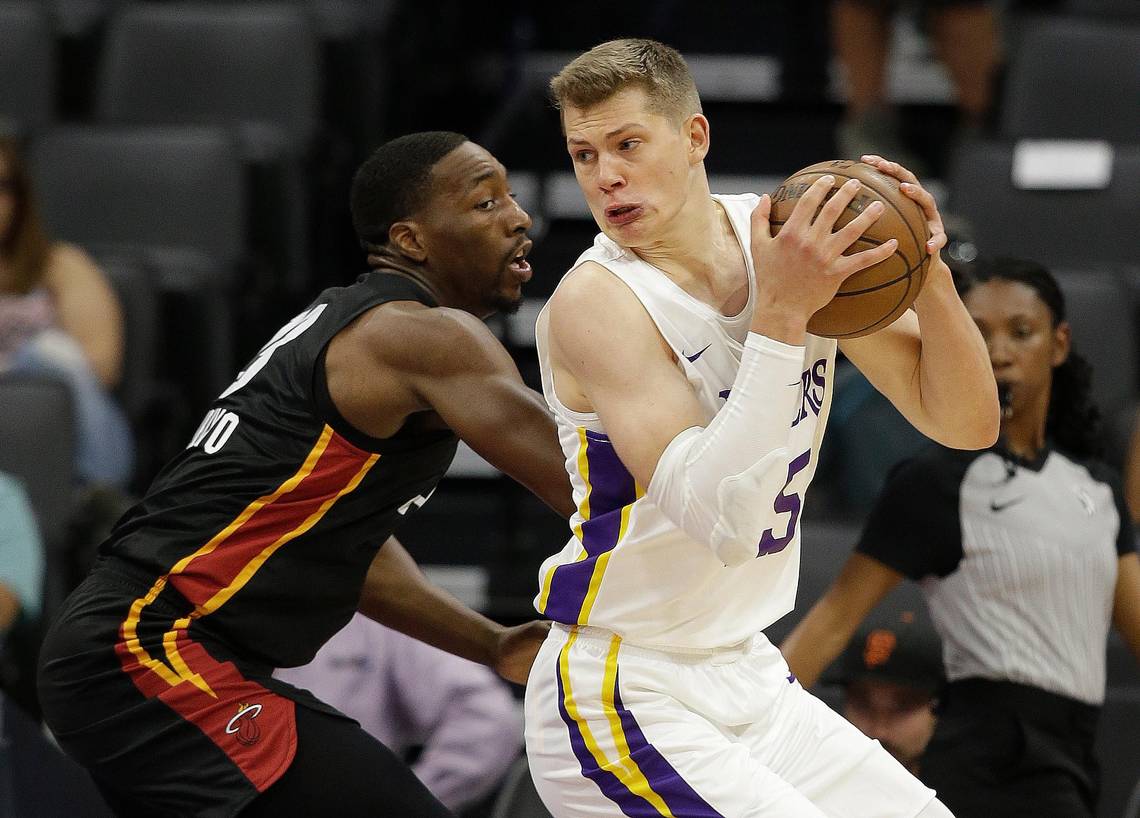 The Miami Heat and Los Angeles Lakers NBA Summer League game was a bit of a dud last night, as it was an 89-73 rout for the Heat. However, the game still had its intrigue as two unlikely stars for the Heat emerged in this game.

Who is Derrick Jones Jr?

Derrick Jones Jr. has been an absolute stud in the NBA Summer League for the Heat. He is averaging 22.5 points per game in his two appearances. Last night, he put up 21 points with 8-14 shooting from the field. He also snagged 5 rebounds, earned 3 steals, and rejected 4 shots. Unless you are the most die-hard of G-League fans, you probably don’t know a lot about this young man, because he actually played for the Suns’ G-League affiliate last season before signing a two-way contract with the Heat.

During his time with Miami, he appeared in 14 games and started in 8 of them. The former UNLV Rebel went undrafted in the 2016 draft, but he is starting to make quite a name for himself. As for the rest of the team, Duncan Robinson scored 19 points, Bam Adebayo grabbed 10 rebounds, and Daryl Macon dished out 11 assists.

What Happened to the Lakers?

After a strong performance against the Kings on Monday, the Lakers struggled to find anyone to take charge for the team. The Lakers shot 40% from the field and 30% from deep. Svi Mykhailiuk was the team’s leading scorer for the second straight game. The second round pick in the 2018 draft from Ukraine put up 12 points, but needed 11 shots to do it. Demarcus Holland was the only bright spot for the Lakers, as he put up 10 points and made both of his three-point attempts. Unfortunately, Josh Hart was nowhere to be found, scoring just one point in 14 minutes. The Lakers will have an off day to figure things out before they take on the Golden State Warriors on Thursday.