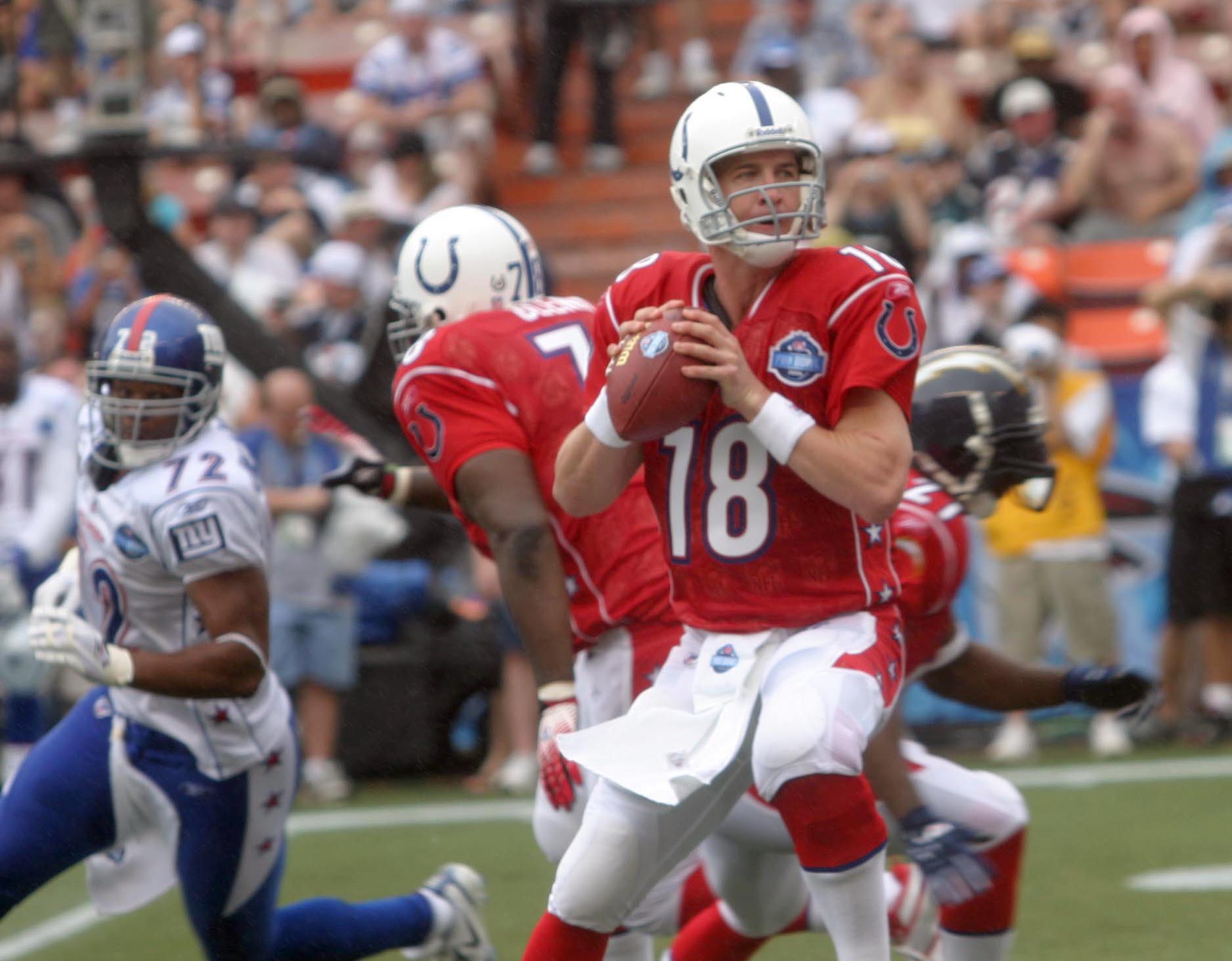 The Pro Bowl is this Sunday and, let’s face it, fans aren’t exactly gearing up to view every second of it. Players usually lay off a fair amount and defense is virtually nonexistent. Nonetheless, every professional sports league needs an All Star Game, and the Pro Bowl is the second-to-last football game we will have until August.

That being said, there have been some great performances in this “meaningless game.”

Here are the top ten:

Remember when Joe Theismann was a thing? Your dad probably does. Theismann led the Washington Redskins to victory in Super Bowl XVII and was the league’s Most Valuable Player in 1983. In the 1984 Pro Bowl he would collect another MVP trophy, as he tossed three touchdown passes leading the NFC to a 45-3 rout of the AFC.

Hey, kickers are people, too. Yepremian was a two-time Pro Bowler and two-time Super Bowl champion with the Miami Dolphins in the 1970s. He is most recognized for a laughable passing attempt he made in the Super Bowl off of a blocked field goal attempt in which a touchdown was allowed. Yepremian also nailed all five of his field goal attempts in the 1974 Pro Bowl in a 15-13 win over the NFC. In doing so, he was awarded the MVP Award for his efforts, the first time a kicker earned this award.

The late Sean Taylor (1983-2007) was a game-changing safety in the NFL, despite his young age. In his only Pro Bowl appearance, Taylor made a bone-crushing hit on Bills punter Brian Moorman on a fake punt that left fans and fellow players in awe. Moorman took the hit like a champ, and Taylor was beginning to be talked about as the next big thing. Unfortunately Taylor was murdered by intruders in his Miami home in November of 2007. Taylor was posthumously voted to the 2008 Pro Bowl, and the NFC only lined up 10 players on defense for the first play, vacating Taylor’s safety spot in a tribute to his memory.

Manning won his second consecutive MVP award in 2004, throwing for (a then single season record) 49 touchdown passes and leading the Colts to a 12-4 record. In the subsequent Pro Bowl, Manning tossed three first half touchdown passes, leading the AFC to a 38-27 victory. Manning would be named the MVP of the game and would finish his career with a record 14 Pro Bowl selections.

Randy Moss was an athletic freak of nature in the NFL. It was as if no ball was uncatchable for him. Being a lethal combination of height, speed, agility, and hands made him a receiver coveted by the league’s top quarterbacks. Some of the NFC’s best passers got the chance to play with him in the Pro Bowl, and in the 2000 Pro Bowl, Moss had an incredible afternoon. Moss hauled in nine passes for a Pro Bowl record 212 yards and a touchdown in a 51-31 win over the AFC. Moss was the MVP of the game, as you could probably guess.

The young Marshall Faulk was just a rookie when he suited up for the 1995 Pro Bowl, and he did not disappoint. Faulk set the record for rushing yards in a single Pro Bowl game with 180. That total is all the more impressive when you consider the fact that he only needed 13 carries to reach that total. That’s right, Faulk averaged 13.8 yards per carry in the 1995 Pro Bowl on the way to being the first rookie to earn the Pro Bowl MVP.

You guys remember Marc Bulger, right? For our younger readers, Bulger was the quarterback for the St. Louis Rams (yes, they played in St. Louis at the time) in the post-Kurt-Warner-pre-Sam-Bradford-Era. Well, believe it or not, Bulger had some pretty good seasons back in the day. He earned his first Pro Bowl nod after the 2003 season. Facing a 25-point deficit in the second half, Bulger would throw four touchdown passes leading the NFC to a 55-52 win in the greatest forgotten comeback effort in NFL history. Bulger was named the MVP of the game.

NFL fans already knew plenty about Marshall going into the 2012 Pro Bowl. Marshall posted 100+ receptions in three consecutive seasons (2007-2009) as a member of the Denver Broncos. He also set the record for most receptions in a single game in 2009 with 21. Even knowing all of that, Marshall’s performance in the 2012 Pro Bowl (then representing the Miami Dolphins) was jaw-dropping. Marshall hauled in six catches for 174 yards and 4 touchdowns. Four touchdowns. He had a touchdown reception in each of the game’s four quarters. Marshall wowed us all and earned the MVP Award for his troubles.

No surprise here. Peterson burst onto the scene as a rookie in 2007. In his first season in the league, Peterson rushed for 1,341 yards and 12 touchdowns as many thought he would soon replace LaDainian Tomlinson as the league’s premier runningback. Peterson ran hard and ran over everybody in 2007 and continued to do so in the 2008 Pro Bowl. I guess no one told him that people don’t normally try in the Pro Bowl. I mean, either that or he didn’t care. Peterson rushed for 129 yards and two touchdowns on 16 carries, leading the NFC to a 42-30 win and earning the game’s MVP Award.

FlurrySports Podcast–Episode 5: We’re Making Our Way Downtown!
The Case for Blake Bortles to Stay in Jacksonville