The Case for Blake Bortles to Stay in Jacksonville 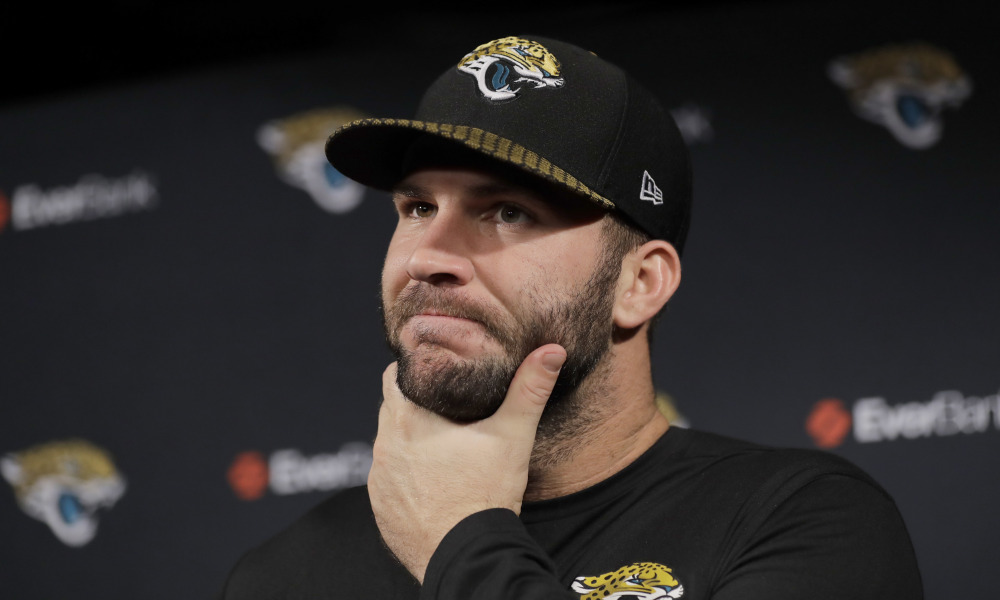 On Championship Sunday in Foxborough, one quarterback was driving his team up and down the field looking to put his team in Super Bowl LII in two weeks. Most people would’ve assumed that was New England Patriots quarterback Tom Brady. In fact, it was Jacksonville Jaguars quarterback Blake Bortles.

Bortles and Co. jumped out to a 14-3 lead and was beginning to silence a New England crowd that has seen their team advance to the Super Bowl an absurd eight times since 2001. Now I’ll spare you the end result, because we already know the outcome of that game. Sacksonville’s vaunted defense was just another victim to a vintage Brady comeback — who appears to show no signs of slowing down despite being 40.

After the game, you could point out that many of the mistakes that led to a New England comeback was aided by penalties or a defense that ranked No. 1 in the NFL, but lacked the playoff experience to make key stops.

However, one overlooked aspect was the quarterback play of Bortles in his first year of playoff experience. In their first game against the Buffalo Bills, the Jags could only muster 10 points at home — and also held the Bills to just three points and ended the game on a spectacular interception by Jalen Ramsey.

The next game at Pittsburgh was a complete 180, as the Jags put up 45 points and surrendered 42 points to the Steelers. To be fair, the Steelers probably had the best offense in the group of teams, but that didn’t stop the Jags. Especially riding off their last meeting, when they picked off Big Ben five times.

The overlooked content here was that Bortles showed no fear in his first three playoff starts. The fact that people are already calling for his head, and to be replaced by the likes of Alex Smith or Eli Manning, is absurd. Now, look. Bortles isn’t going to lead the league in touchdowns or passing. Nor is he going to wow with deep ball completions. Bortles is more of a game-manager at this point in his career. Much like Smith in Kansas City, and in my opinion, Kansas City is much more talented on offense.

To do a quarterback swap, just doesn’t make sense to me. Not to mention that Bortles was without his top-receiver in Allen Robinson. Nor did any of his receivers emerge for more than 750 receiving yards this season.

And yet, they were in the AFC Championship game.

The Jaguars, much like the Patriots, benefit in playing in a weak division. The Tennessee Titans made a huge leap and qualified for the playoffs as a Wild Card team. The Houston Texans have a great defense led by JJ Watt, but always need to rely on a quarterback who can take them where they want to go. Deshaun Watson looks to be the guy, but we’ll have to wait and see what he looks like coming off an ACL injury in year two. The Indianapolis Colts are a mess. Who knows when Andrew Luck will return, and if he can be the quarterback who took them to the AFC Championship game.

The point is, keeping Bortles in Jacksonville is a no-brainer, because he has the ability to improve his play and evolve like many of the great quarterbacks around the league.

Will you swap him for Smith, who constantly fails to produce in the playoffs? Or Manning – despite his two Super Bowl seasons – really hasn’t shown much left in the tank?

However, it all depends on if Bortles can take this experience and continue to have another good year when the 2018 season starts.