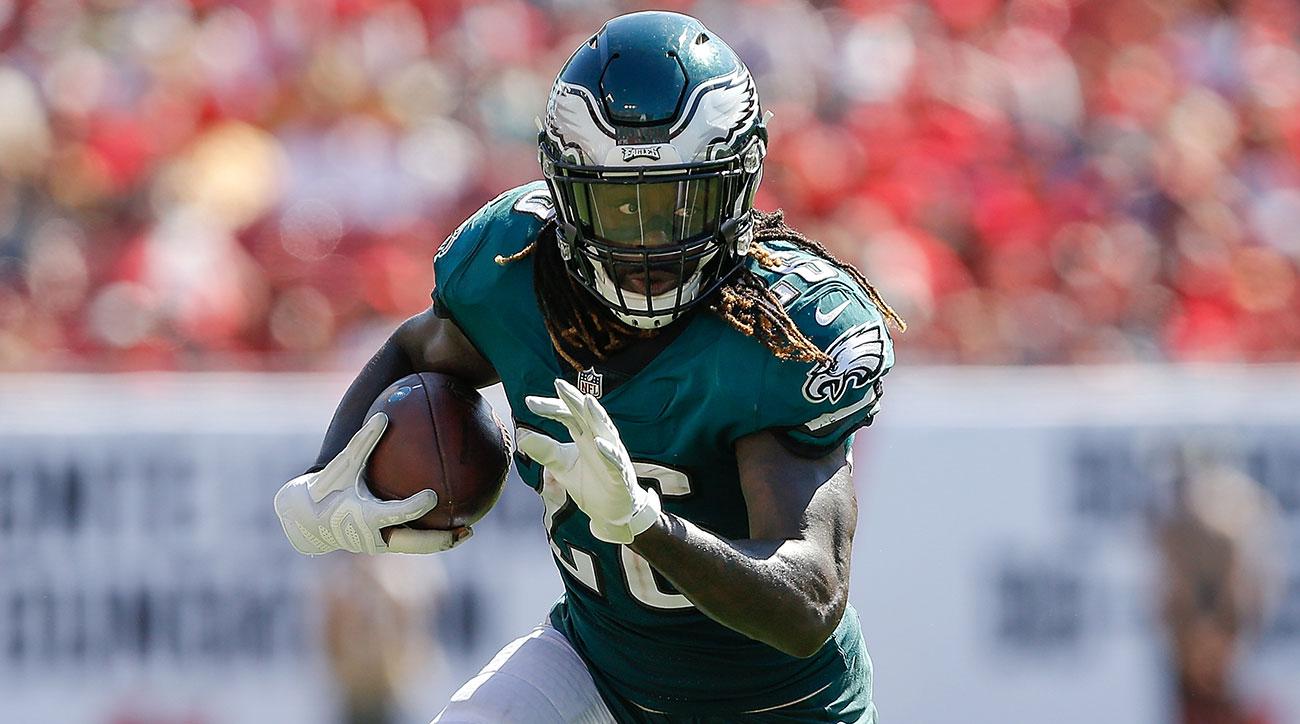 The Raiders recently made the unfortunate announcement that their newly-signed running back, Isaiah Crowell, suffered a torn Achilles during a workout, which will cause him to miss the entire season. This means the rookie Josh Jacobs will be seeing more snaps than expected, but Oakland is also in the market for a new veteran in their backfield.

However, they are not the only team that will be reaching out to available backs. The Panthers could use someone to complement the newly-jacked Christian McCaffrey, while the Buccaneers may not be fully sold on Ronald Jones II as a starter.

There are plenty of teams in the market for experienced running backs for one reason or another, and there are still plenty of names available. Here are the top five running backs still on the free agency market after the 2019 NFL Draft.

Playing on terrible Jets teams have kept Bilal Powell under the radar, but he was sneakily efficient during his eight seasons in New York. Yes, eight. It feels strange that Powell is already 30, but with serving as a complimentary role, he does not have as much wear and tear as the typical 30-year-old running back.

Powell averaged 4.4 yards per carry during his eight seasons with the Jets, with the only season under 4.0 being his rookie year. He has also caught over 1,500 yards out of the backfield, making his a true dual threat for any team willing to sign him. He is one of the most intriguing names out there on the free agency market across all positions.

Despite coming off a season-ending ACL tear, Jay Ajayi is still the best available running back. He is expected to be ready for the beginning of the season, and of course, Ajayi will be just 26 years old this season. During his short time in Philly, he averaged over five yards per carry and had a 75% catch percentage.

Blount was a disaster in Detroit, averaging 2.7 yards per carry, which is by far the worst of his career. I think we can blame this on the Lions offense more than anything. The 32-year-old is over the hill, but he’s also just a season removed from averaging 4.4 yards per carry in Philadelphia, and two seasons removed from his 18 touchdown season in New England. He can still be the complimentary thunder to another back’s lightning when put in the right situation.

The fourth-year running back was finding success in Baltimore, before his season was ended prematurely due to a foot injury. Collins was then cut from the team, after being arrested for possession of marijuana and a handgun in his car. Yes, there’s clear risk involved, but Alex Collins is young and has had recent success in the NFL. He has averaged 4.2 yards per carry during his two seasons in Baltimore, and he is capable of being a receiver out of the backfield.

Laugh it up, but Trent Richardson proved in the AAF that he still has NFL value. Sure, his yards per carry was horrendous, but we can chalk that up to his offensive line’s performance and the rushing situations he was put in. Richardson was a terrific short yardage back, proved by his league-leading 11 touchdowns in eight games. He also continues to show that he’s a legitimate receiving threat out of the backfield. No team should give him the bulk of the snaps ever again, but he can fill the role of a short yardage/third down back.