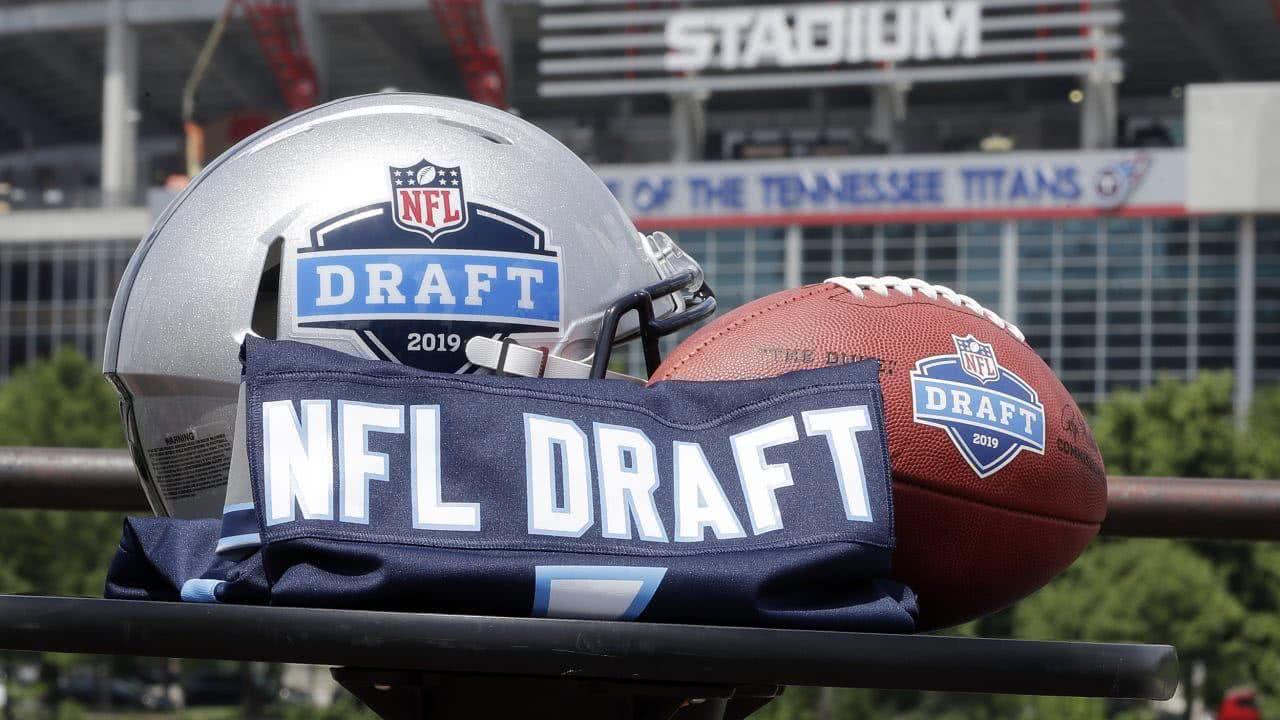 The Biggest Steal of Each Round in the 2019 NFL Draft

The Biggest Steal of Each Round in the 2019 NFL Draft

The 2019 NFL Draft in Nashville was one of the most entertaining drafts in recent memory. Whether it was drama surrounding the first pick, trade speculation, Pat McAfee roasting the Titans, or even fans partying on the streets of Broadway, everyone involved had an amazing experience in the capital of Tennessee in what was the most viewed and most attended draft in NFL history.

But the best part about each draft is the actual draft itself. 250+ of the nation’s finest football players received a phone call that will forever change their lives.

While not all 254 picks are guaranteed a place in the NFL, every team should feel confident about the players they have selected to guide them for the foreseeable future. With the seven rounds of the 2019 NFL Draft in the books, let’s take a look at the biggest draft steal in each round.

The Mississippi State man has faced somewhat of a roller coaster draft process, lighting up the 2019 NFL Scouting Combine by breaking the Combine record for the 40 Yard Dash by a defensive lineman, clocking in at 4.41 seconds. After being potentially misdiagnosed with hypertrophic cardiomyopathy (or HCM), many teams have written off Sweat, but the Redskins clearly saw something in him that other teams didn’t, with the club trading back into the first round to grab the All-American, 11 picks after picking potential franchise quarterback Dwayne Haskins.

Recording 22.5 sacks in 26 career games for the Bulldogs, Washington defensive coordinator Greg Manusky will be more than happy to have Sweat’s acceleration off the edge and quickness on his defensive unit. This is a unit that will be looking to build from their 44 total sacks in 2018 and improve from their 17th rank in total defense. This group also includes the likes of Landon Collins, Jonathan Allen, Daron Payne, Reuben Foster, and Ryan Kerrigan.

Another SEC player from a school in the Magnolia State, DK Metcalf had social media on strings after his workout photo was released and his performance at the combine. He may have said it best on his April 17th appearance of ESPN’s First Take: “You haven’t seen a 6’3, 230-pound, run a 4.33…with a 40.5 inch vertical.” Everyone on set agreed that they haven’t seen anything of that nature. While the numbers at Ole Miss may not pop people’s eyes out, as well as dealing with a season-ending neck injury in his final year for the Rebels, there were other reasons for concern, which led to him falling to the final pick of the second round.

His three cone drill time (7.38 s) was worse than Tom Brady’s (7.20 s) and he only ran three routes in college. But what seemed like a discouraging downfall for someone who was widely considered a top-20 pick may very well be a blessing for someone who fell into the lap of Pete Carroll’s Seahawks, who have been in need of a big playmaker for Russell Wilson. With Wilson being one of the most prolific deep ball throwers in the game, he will be more than happy to have someone with DK’s size and speed to throw to on go and post routes. The rest of the NFC West will regret allowing the wideout falling into John Schneider’s hands.

Again, coming out of the SEC, we are picking Texas A&M’s tight end, Jace Sternberger, who may have very well had the most productive 2018 season out of any tight end in the 2019 NFL Draft, recording 10 touchdowns, 832 receiving yards, and consensus First-Team All-American honors in his lone season at College Station. Scouts have absolutely adored his route running, comparing that ability to one of a big wide receiver, as well as having a great eye for the ball. The talk of tight ends entering this draft was the two Iowa Hawkeyes, as well as Alabama’s Irv Smith, but Sternberger has slipped through the cracks to Green Bay, where they have lacked consistent production from that position since Jermichael Finley and haven’t had a Pro Bowl tight end selection since Bubba Franks in 2003.

With newcomer head coach Matt LaFleur coming into Titletown, as well as a rejuvenated Aaron Rodgers, Sternberger will be a key part of the Packers’ passing attack with their young receiving corps as well as playing alongside with Jimmy Graham, who has struggled with injuries/production, and Marcedes Lewis, who is more known for his blocking ability in the run game.

Out of all the players that slipped in the draft, this one is the most baffling. I know we are somewhat cheating by picking the very first pick of the fourth round, but Hakeem Butler should’ve easily been selected in the second round. Standing at 6’6 and 227 pounds, this man will be a mismatch nightmare for smaller corners in the NFL, especially in the slot against nickel corners. While he may not be the strongest coming off the snap, he has eight touchdowns of 40+ yards over his last two seasons at Iowa State, showing big play ability and physicality while attacking the ball, as well as after the catch. The Cardinals needed weapons for first overall pick Kyler Murray, plus the heir to Larry Fitzgerald, and they have found that in Hakeem Butler. Once Butler can start catching balls on a consistent basis in Kliff Kingsbury’s offense, he will be a legitimate threat to opposing NFC West secondaries.

While he’s not a flashy player that will light up the highlight reel every weekend, this Trojan was a four-year starter at USC and could be best described as a coach’s player. Not the strongest, but definitely one of the smartest players in the room. His high motor, play recognition, and vision is why Mike Zimmer will love to have him alongside other great linebackers, such as Anthony Barr and Eric Kendricks. While his coverage on backs in the passing game leaves a little to be desired, his reliable open field tackling will fit in with the defensive identity. You will likely see him start the regular season on special teams, but don’t be surprised to see him become a key piece for Minnesota as the postseason approaches.

The second Aggie on the list is Houston native Trayveon Williams. He’s coming off an All-American year at College Station, where he led the SEC in rushing, at 1,524 rushing yards along with First-Team All-SEC honors. Originally projected to go potentially in the third round, Williams fell right to Cincinnati, being the 13th running back selected in the draft. The Bengals will look to pair him for a deadly 1-2 punch at running back by pairing Williams with Joe Mixon, who just came off a breakout 2018 season that included 1,464 yards from scrimmage and eight rushing touchdowns.

A patient runner of the ball that will be ready to take on heavier workloads as his career progresses, the CE King graduate will offer more than just as a runner, as scouts have also raved about his aggression in the pass blocking game. These traits will go over very well with Andy Dalton. While Trayveon is a little undersized, struggles with decisiveness in cuts and open holes, he still brings a power running game to newly-appointed Bengals HC Zac Taylor’s offense, along with strong leadership qualities.

Finally, to finish off with the seventh round, we have Texas Longhorns corner, Kris Boyd. Praised for being physical, especially off the snap, Boyd will look to start his career on one of the most physical defenses in the league, with the Minnesota Vikings. Originally projected as a fourth round pick, he slipped because many started to doubt his game speed and inability to keep up with some of the elite wideouts in the Big 12. While he may have had only one interception in 2018, he still had 16 pass breakups, which tied for sixth-most in the FBS. Also struggling with back pedaling and competing with a receiver’s release, Mike Zimmer will be heavily invested in his physicality, tackling ability, and zone coverage. Boyd will start on special teams, but will find himself in the nickel more often as the season progresses.

And there’s the seven 2019 NFL Draft steals! While the draft was entertaining from the media perspective, the talent in this draft will have their mark made within the next 5-10 years. While we are still four months from the regular season, make sure to keep your eyes open during training camp and the preseason, where these young players will look to impress their coaching staffs.