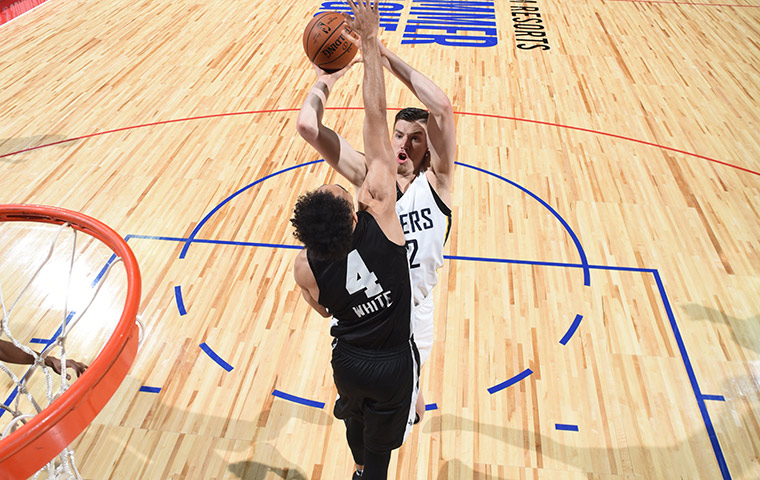 In Saturday’s action of NBA Summer League, the Spurs fell to the Pacers 86-76. In a fairly tight game statistically, it was the third quarter that cost San Antonio the game. Spurs only scored 8 points in the quarter while Indiana dropped 22. TJ Leaf was Indiana’s best player in this game while teammate Aaron Holiday struggled. The Spurs’ young stars had nice stat lines, but were inefficient from the field.

Leaf finished with 17 points on 7-13 shooting, but only 1-of-4 from deep. It was still a great bounce-back game after struggling the day before. Leaf is showing that he can be productive on this year’s Pacers team, but it will be his efficiency that determines if he plays or not. Until he can become this consistent, he will be a bench warmer. It should be noted that despite pouring in 17 points, Leaf didn’t do much else on the boards or defensively.

Aaron Holiday had a solid debut, but could only get 10 points in Saturday’s action. Holiday was able to make up his effort with 7 rebounds and 7 assists. It’s nice to see when he struggles to score, he can pass the ball around and get others involved. Other noticeable stat lines were CJ Wilcox with 13 points, Aliza Johnson with 10 points and 9 rebounds, and lastly, Travis Leslie with 8 points and 9 boards.

Lonnie Walker IV and Derrick White Struggle from the Field

Derrick White IV had an impressive stat line of 19 points, 5 rebounds, and 5 assists. A stat line that is slightly ruined by is 33.3% shooting percentage. White was also only 14.3% from deep, which is surprising from him. Don’t be concerned with White’s poor shooting game because even with things go this poorly, he was still able to get that stat line.

Lonnie Walker IV also shot 33.3% from the field and was 0-4 from deep. Walker was never a great three-ball shooter at Miami, but 0-4 is slightly concerning. He was able to finish with 15 points and 4 rebounds. Also, Walker was able to put a defender on skates for his first highlight play of Summer League. Other Spurs to have decent lines were Jaron Blossomgame with 8 points and 10 rebounds and Chimezie Metu, 12 points with 5 boards.