Tips and Tricks To Help You Dominate Your Fantasy Football Draft 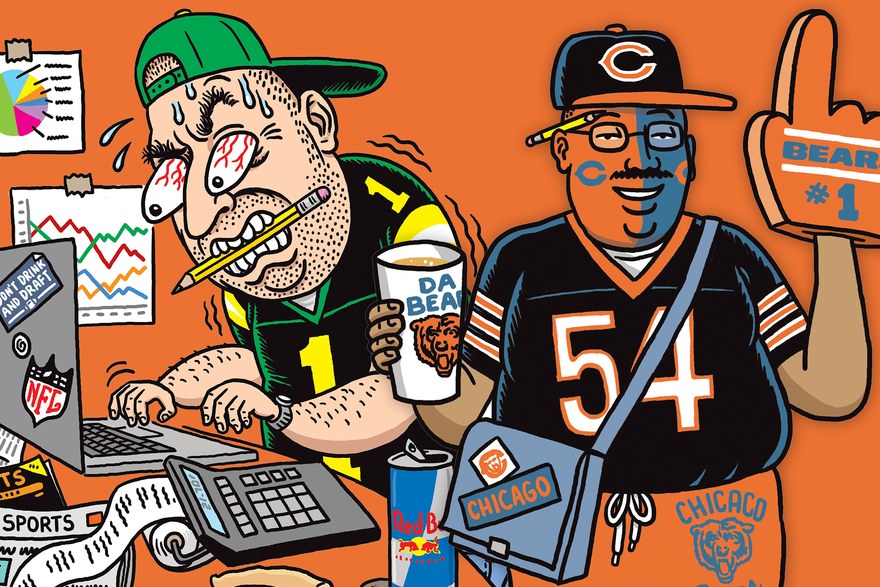 We’ve all heard the old saying “preparation is the key to success,” right? While that may be true in plenty of everyday life situations, it couldn’t be even more true for your fantasy football draft. It’s around this time every single year that fantasy analysts and fans alike are chomping at the bit to get any and all information they can to help give them an edge in their upcoming fantasy drafts. Whether you’re playing in a standard scoring, half PPR or full PPR formats, being prepared for any and all situations going into your draft is vital.

Now, we all know that you can’t win your league at the draft, but you can set yourself up for some serious failure if you show up on draft day short-handed. Without further ado, here are some draft day tips and tricks to help take you to the pearly gates of fantasy football greatness in your upcoming draft!

Choose a strategy and try your best to stick to it.

I know I know, the draft NEVER plays out the way you’ve prepared for, but that doesn’t give you a reason to not have a certain strategy in mind when going into your draft. Whether you’re a Zero Running Back theorist or you despise all pass catchers and only want running backs in the first few rounds, it’s vital to have some idea of the direction you want to go early in the draft. Many factors will play into the strategy you develop, such as where you pick, ADP, scoring format, etc. My best advice is to hop in some mock drafts that closely resemble your real draft and try a few different strategies to see what fits you best. Developing a solid strategy for the first few rounds is extremely vital to the success you have on draft day.

When I say know your league, I truly mean KNOW YOUR LEAGUE. Knowing the rules, waiver type, scoring system, and preferably the guys you’re playing with are all things that can help you throughout your draft. Because the complexity and rules change from league to league, it’s extremely important to know what format and scoring systems your league uses. Knowing the guys you’re playing with is also a really good way to gauge how the draft might shake out. If you know the guy with the 1.01 pick in your draft is an LA Rams superfan, you probably have a pretty good idea on who he might take. Plot twist: it’s not Antonio Brown. Knowing the little things about your league and its owners can help set you up for a huge success on draft day.

Don’t be afraid to pull the trigger on ‘your guy.’

What’s that one thing that Robert Griffin III said that time? Oh yeah, “Pressure makes diamonds.” What could possibly be more pressure than being on the clock in the first round of your draft and having to decide what player to take?! Although statistics are the blueprint for a player’s overall fantasy production and most decisions come based on them, sometimes you just have to roll with your gut. The same can be said whether it’s the first round or the ninth. Choosing the guy you believe is going to be a great fantasy asset, is far more valuable than picking the guy at the top of the list that everyone says is going to be good. All too often fantasy owners pick guys who are a hot commodity or “trendy” instead of guys that they peg to have high value to them.

Being adaptable is being able to effectively apply all the other points previously mentioned. Coming into your draft with a strategy is very important, but what happens if it all goes bad from the jump? At that point, adaptability may be your most important drafting tool. Being adaptable while knowing your league and the people in it also allows you to have a huge advantage come draft day. If one of your league mates snipes (drafts the player you want before you can select them) a specific player away from you, being able to react on the fly and adjust will be something you want to be comfortable doing.

Adaptability is also extremely important when looking at roster construction throughout the draft process. Being able to recognize which players are falling, being drafted early, or becoming values at their position are part of adjusting to the way the draft is unfolding. The draft is a living organism in its own right and it will present problems. How you react to those problems will be a huge part of your draft day success.

Too often we forget that our fantasy football drafts are decided by intuition, preparation, and a little bit of luck. There’s no one way to win your draft, but using the tips and tricks laid out can help you have an edge come time for your fantasy draft. So sit back, relax, grab a plate of some appetizers on draft day, and be ready to dominate your league for the season to come!