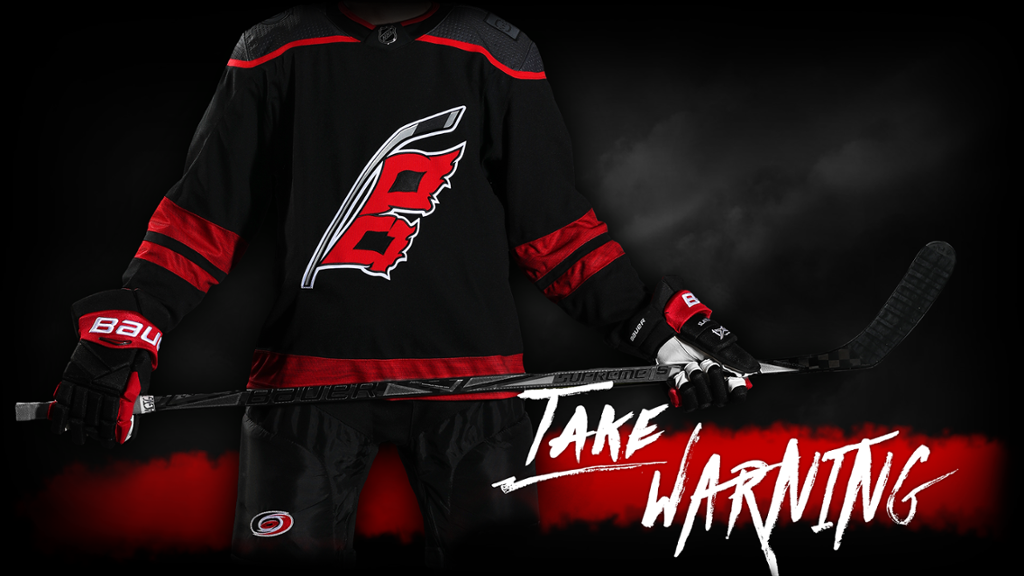 It was hardly surprising, but it was welcome news in late May when deputy commissioner Bill Daly announced the league’s much-loved tradition of NHL alternate jerseys would be returning for the 2018-19 season.

“We are bringing back third jerseys next season,” he said. “I can’t tell you the number exactly, but about a third of the teams will have a different one.”

If there’s a surprise in there at all, it’s the number. One-third of the NHL’s 31 teams is 10 or 11, which would be a break from recent trends.

To this point, the jersey juggling has seemed pretty familiar. When adidas became the NHL’s official jersey supplier for the 2017-18 season, the drill was as it was for Reebok before them: In the first year of production, no third jerseys. In the second year, roll them out.

In 2016-17, Reebok’s last season, 17 teams had alternates. So, 10 or 11 seems a little low. But, so far, only Carolina, Arizona and Philadelphia have revealed new designs.

You could argue that the Mighty Ducks’ roid rage cartoon duck, in the first crop of third jerseys, was the ugliest alternate. Or, maybe you’d give the nod to the Dallas Stars’ “mooterus” (a logo supposedly representing Taurus, the constellation, bore a resemblance to a diagram of the female reproductive organs), which bowed in 2003. Ottawa’s 2011 throwback to the original Senators’ 1920s duds was perhaps the high point of the format.

But these facts are indisputable:

Of the three teams that, through June, had revealed third jersey designs, Arizona and Carolina did so on the first day of the NHL Draft. The Flyers teased their third look as far back as March, at a gathering of season ticket holders, but officially slipped a photo of their alternate look into a schedule announcement the day before the draft.

Based on these early glimpses, the NHL and Adidas aren’t leaning on any particular theme.

This is a straight throwback. The Coyotes’ black “Kachina” jersey was the team’s dark jersey upon the team’s arrival in Phoenix for the 1996-97 season through 2002-03, after which they moved away from the cubist-meets-native American folk art depiction of a hockey-playing coyote. Probably a little design-forward for its ’90s debut, the Southwestern chic flourishes at the neck, elbows and waist now accentuate how unique and adventurous this jersey was.

The Hurricanes are going bold, with a major re-imagining. Black is the dominant color, accented with heathered red stripes at the waist, elbows and around a “storm gray” shoulder yoke — which is subtly accented by “ghosted” (i.e., all black) state flag and primary logo shoulder patches. Best of all, they fixed the problem they created with a previous secondary logo, which showed one weather flag flying from a hockey stick. One flag, in nautical terms, represented a tropical storm. Two flags, as shown on the new crest, represents a hurricane — and, if you look closely, between the two flags is the outline of North Carolina.

The Flyers are bringing back the predominantly black number they wore in their 2017 Stadium Series loss to Pittsburgh at Heinz Field. It’s a solid, if understated look — white-trimmed logo, wide orange stripes at the elbows and waist, black numbers trimmed in white. Not much else happening.

Ultimately, the tradition will grow and expand. NHL fans turn out in team wear like no other pro sports fan base. Plus, the NHL is fearless with its fashion — whether dipping into hockey’s rich past for throwback looks or trying something new. Even if there are only 10 or 11 teams sporting alternates in the coming season, there will be another wave — there always is.

Author bio: AJ Lee is Marketing Coordinator for Pro Stock Hockey, an online resource for pro stock hockey equipment. He was born and raised in the southwest suburbs of Chicago, and has been a huge Blackhawks fan his entire life. AJ picked up his first hockey stick at age 3, and hasn’t put it down yet.