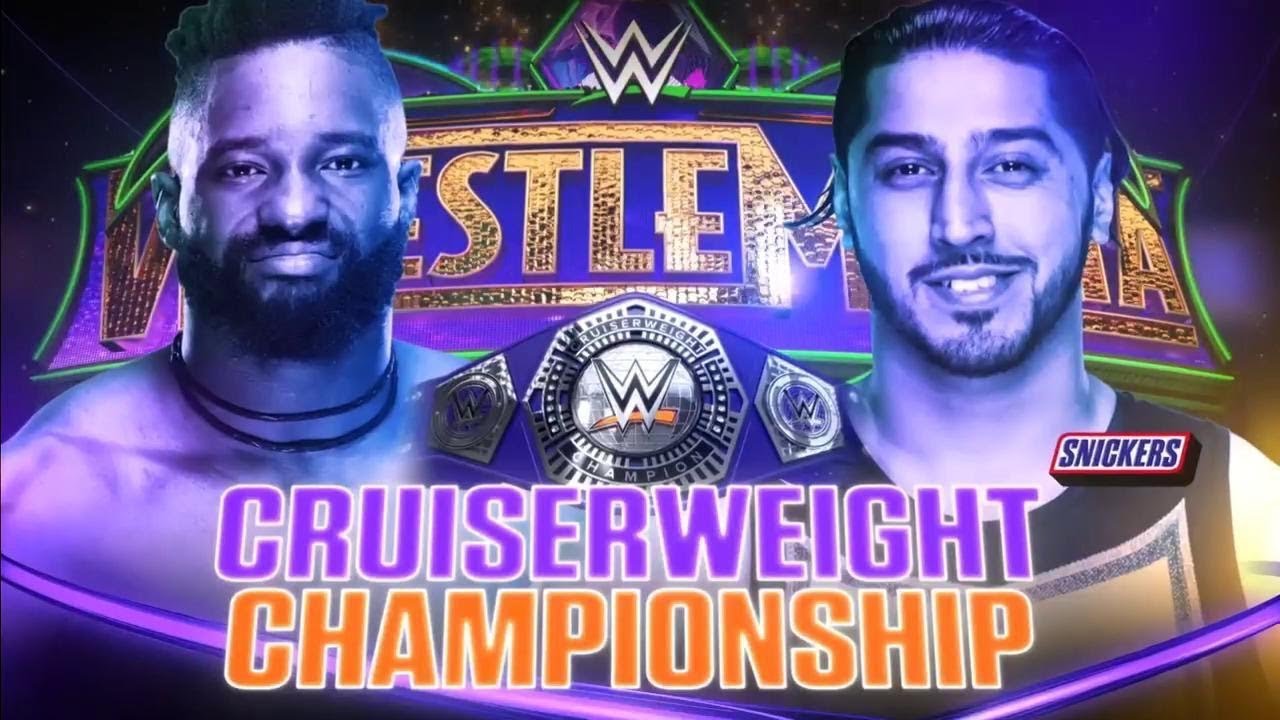 Wrestlemania is right around the corner. This Sunday, Wrestlemania will take place at the Mercedes-Benz Superdome in New Orleans, LA. The show will have an approximate duration of seven hours. That staggering amount of time will be divided into 10+ matches. Furthermore, there will be some non-match segments, filling in the gaps after each match.

One match in particular may potentially steal the spotlight at Wrestlemania: Cedric Alexander vs. Mustafa Ali for the vacated Cruiserweight Championship. Why is it so? Here’s the reasons why.

The Cruiserweight title has a long history. Although the current reiteration only started in 2017, in reality, the Cruiserweight title can be dated back as far as 1991, back in the WCW days. With 20+ years history in the bag, the title has never been stated as vacant by Wrestlemania. WWE will try to make history, making event as epic as it can to give pride to the Cruiserweight Championship. Both men have the caliber to make the match great, and they will be given the occasion to do so.

Mustafa Ali and Cedric Alexander have competed against each other multiple times in the Cruiserweight division. Every time both of them competed, it’s almost guaranteed to be a classic match with high adrenaline teasing moves, great storytelling and perfect execution. The chemistry between them is astronomically high. Not only that, they also have a good track record against other Cruiserweights. Mustafa Ali against Drew Gulak and Cedric Alexander against TJ Perkins are good examples of their flexibility. With that in mind, the match can go above and beyond in terms of wrestling technicality.

High amount of promo and recognition given by WWE

WWE have a tendency to give a high amount of exposure to a big title match. Roman Reigns vs. Brock Lesnar is already gifted a mountain of exposure. The WWE Championship is treated the same. The third highest amount of exposure is the Cruiserweight Championship, with a high amount of videos hyping Mustafa Ali and Cedric Alexander. The videos give us a background of both competitors and they hit the perfect note with the videos. Both look strong come Wrestlemania, and both have high momentum. This is a proof that the Cruiserweight Championship match is high ranked in WWE’s tier of importance.

All three of these reasons are the recipe for a good match. With Wrestlemania week starting today, it is without a shadow of a doubt that the Cruiserweight Championship match will steal the spotlight and potentially be THE match of the night of Wrestlemania XXXIV.

Why Sami Zayn Winning at Fastlane is the Perfect Route to Wrestlemania for SmackDown
NXT TakeOver New Orleans’ Gargano vs. Ciampa: Result, Twitter’s Reaction, and the Future