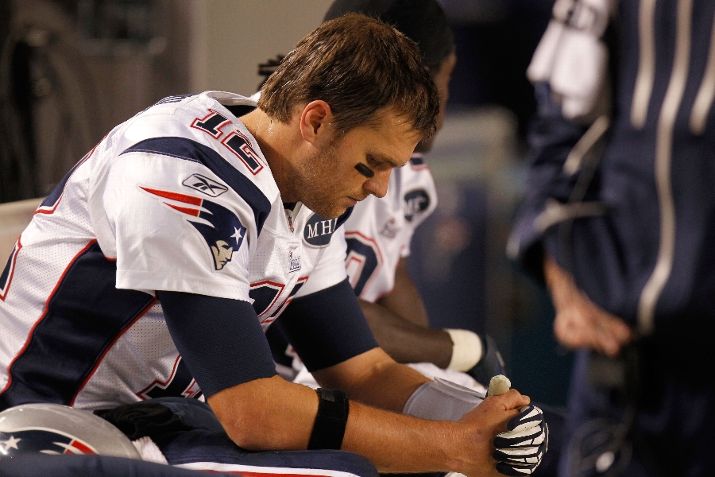 Another week, another major injury in the NFL. This week was Minnesota’s star rookie running back, Dalvin Cook. Cook was a major player for the Vikings so far this season and will now be replaced by Latavius Murray, which will greatly hinder a Minnesota offense that seemed to be clicking with Cook in the backfield. Here’s hoping that Cook is able to bounce back from his ACL tear and return to the great form we have seen so far.

I guess so. I’m not saying the Rams are the best team in football, or even close, but they are much better than recent years, and the playoffs look like they may be in reach. The Rams are currently in the lead of the NFC West, ahead of usual favorites, Seahawks and Cardinals. While Arizona and Seattle are still favorites in the minds of many, it is the optimistic unknown of Los Angeles that provides the most intrigue and perhaps the best chance at success come the postseason. The Rams battle the Seahawks this week, and their performance in this tough divisional matchup will be telling.

8) Drama in the NFC South

The Falcons lost. The Panthers, Buccaneers, and Saints all won. Drama. The NFC South over the past decade has become known for division winners who find a way to somehow lose their grasp the next year. This year, it looks like Atlanta has a good chance to repeat and avenge their loss against the Patriots, but who knows? The Buccaneers are a team of the future and the Panthers are one year removed from a Super Bowl run themselves, so don’t blink on a tight run in the South.

Le’Veon Bell had 144 yards against the Ravens and scored two touchdowns, bringing his touchdown total to three for the season and almost doubling his season total for yards. Was it his best game ever? No, but it is a reason to celebrate if you have Bell on your fantasy team or care about Pittsburgh. The facts are that with Bell at his best, the Steelers are one of the best teams in football. If he plays like this, like himself, it could mean yet another Lombardi for the steel town.

Deshaun Watson opened the floodgates this past weekend against what had been an above average Tennessee team. He threw for 283 yards and four touchdowns, with a QB-rating of 125.00. Houston, for years, has been “one quarterback away” from being a really scary team. This is why. Watson doesn’t have to play this well every week for Houston to do something special this year, he just has to play better than what they’ve had in the past, and that could spell trouble for AFC teams everywhere.

That “he” being Mitch Trubisky, of course. The Bears put all their eggs into this basket when they traded up to snag Mitch in the draft with the second overall pick. Now, it’s time to see these eggs to hatch, as the rookie makes his debut against Minnesota on Monday, starting over a struggling Mike Glennon. Trubisky will no doubt face both doubters and those who hope for his success, so now its time to make someone happy.

Another loss in Oakland and another injury to Derek Carr means the Raiders have reason for concern. Carr is out at least two weeks, which means the once dynamic offense is now a major serious area of doubt. If the Raiders want to stay relevant in a loaded AFC West, they’ll have to find a way to stay afloat until their leader returns.

The Buffalo Bills have quietly provided consistent play in order to momentarily dethrone New England from atop the AFC East. While absolutely no one is betting against the Patriots in this division, the Bills shouldn’t be ignored as a team who could actually contest the Patriots. Seriously.

Of all the 0-4 teams, none is more surprising or disappointing than the New York Giants. Their offense is explosive and their defense is passable, on paper. In reality, their firepower is hit-or-miss and their defense is a joke. Odell Beckham Jr. and Eli Manning are giving their critics reason to be vocal so far this season, and Giants fans can only hope that they will be silenced soon.

1) NFC Much Better than the AFC

I don’t think it’s close. The Chiefs are arguably the best team in the league, but with the Patriots looking somewhat vulnerable, the rest of the AFC falls below the NFC. The NFC South, North, and East each have three teams that could be playoff favorites in the AFC, and there is a much larger drop-off on the AFC side. Even when looking at the weakest NFC division, in the West, you see a dynamic Rams team and two playoff perennials, compared to the disparity that is the bottom of the AFC. The season has a long way to go, but teams in the AFC can thank their lucky stars that the road to the playoffs doesn’t run nearly as treacherous as their NFC counterparts.

Who’s the Face of Each Professional Sport?
Most Impressive Offensive Players Through 4 Weeks