Team USA Has Work to Do to Find Medal Stand 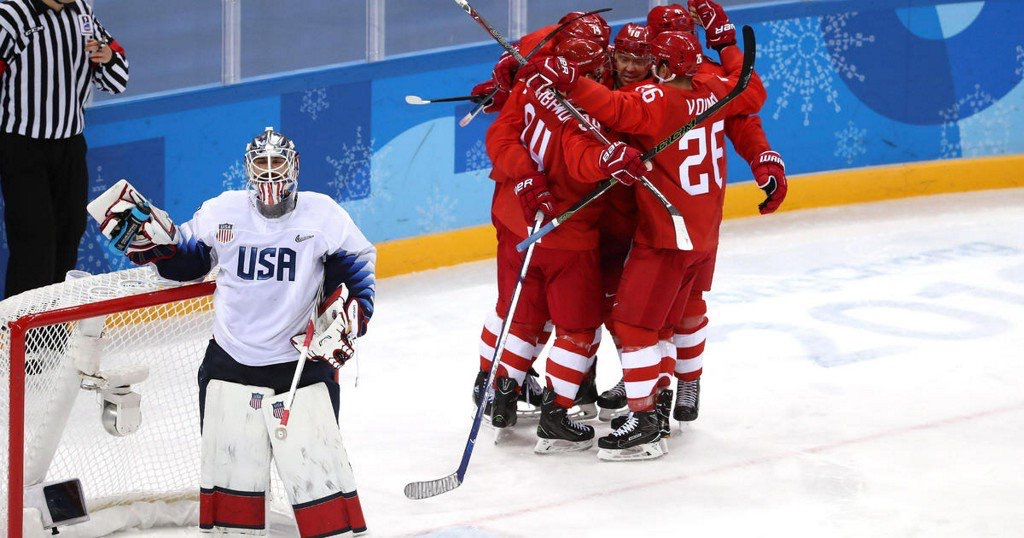 It’s win or go home in the Olympic hockey tournament, and an up and down run in pool play leaves Team USA with a hill to climb to reach the medal round.

The Olympic athletes from Russia controlled throughout a 4-0 win that clinched Group B while dumping the Americans into a three-way tie with Slovenia and Slovakia.

Now all 12 teams go into a single-elimination knockout bracket. As it turns out, the U.S. is the No. 7 seed and will start with a rematch against Slovakia in the opening round of tournament play, beginning late Monday/early Tuesday.

With the tournament being conducted without NHL players for the first time in 20 years, it’s brought quite a bit of parity. Only Sweden got through pool play with three straight victories in regulation time, and the Czech Republic is the only other squad without a defeat (they won in overtime against Canada.)

The Americans bounced back from an overtime loss to Slovenia with a one-goal win against Slovakia, but they were punchless and outplayed in their third game by a Russian squad that seems to be improving each outing.

Here’s the field for the teams as they chase the medal round: