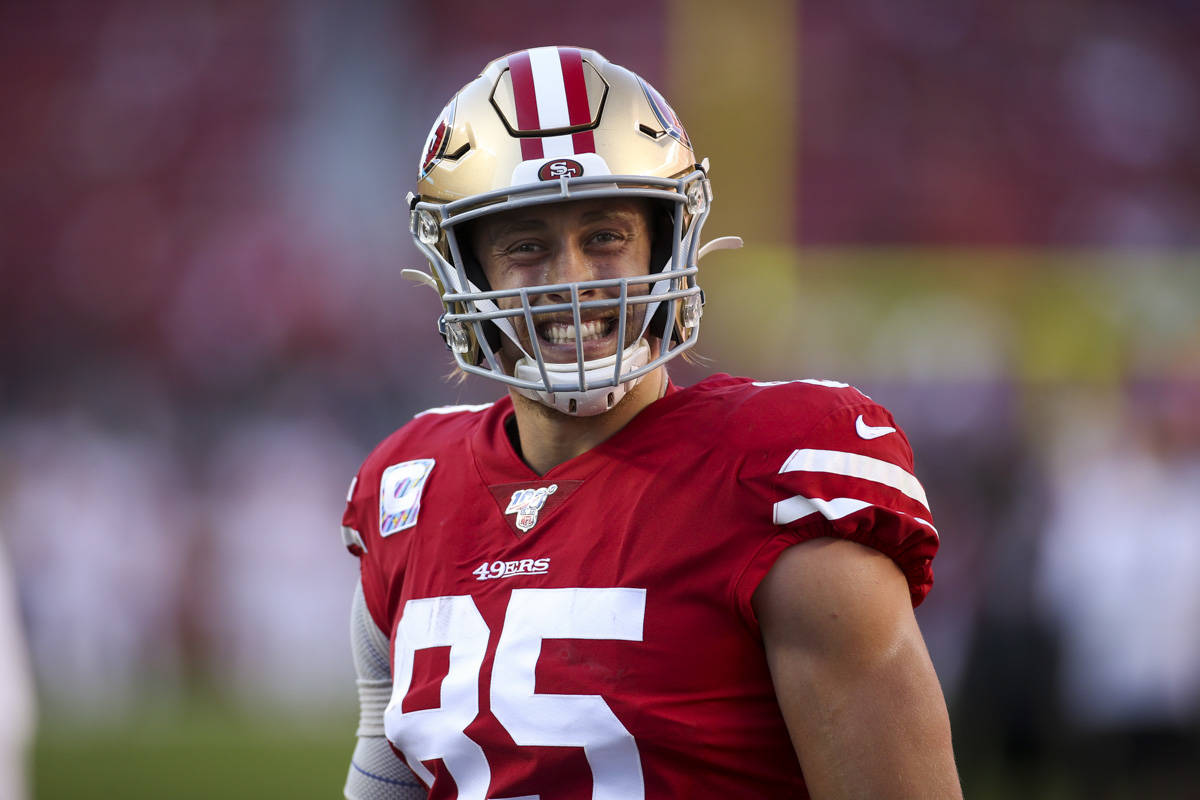 I can honestly say that attempting to take a true sharp stance on this year’s Super Bowl was no easy task. Both the San Francisco 49ers and Kansas City Chiefs bring so much to the table, from contrasting offensive styles to defensive playmakers and even savvy coaching staffs through and through. Taking the extra time to make a pick may not have been the best decision from a content standpoint, but in terms of getting the full picture and digesting all the numbers and narratives I could, it was well worth it.

Without further ado, here are the final odds as of Super Bowl Sunday morning, along with my keys and picks for the game.

All Super Bowl LIV odds and bets can be found on MyBookie Sportsbook.

3 Keys to the Game

The bread and butter of San Francisco’s offense all season long has been the run game. Look no further than Jimmy Garoppolo’s whopping total of 27 pass attempts through the first two playoff games for evidence. What has changed throughout the season is the backs shouldering the workload. Raheem Mostert entered the season as the team’s third back on the depth chart and was primarily considered a special team’s guy. Now, he enters Super Bowl LIV on the heels of a 220-yard, four-touchdown performance in the NFC Championship game, the cherry on top of what has been a remarkable late season run. Tevin Coleman is listed as active and should pay dividends in the Super Bowl as well. Matt Breida could also factor into the Niners’ plans in a smaller role.

One’s initial thinking would obviously be that the NFC title game rushing numbers are incapable of being replicated, regardless of which running back does the damage. However, the numbers suggest that the Chiefs’ 29th ranked run defense in terms of adjusted efficiency (Football Outsiders) is an even better matchup for San Francisco’s ground and pound attack than Green Bay was. Establishing the run game early will enable the 49ers to take volumes of pressure off of Garoppolo, wear down the Kansas City defensive front, and control the clock, thereby shortening the game.

For me, the defensive fronts of both teams could prove to be the most important units in determining the course of how the Super Bowl plays out. Referring to Key #1 of the 49ers ground game, the onus that will be on the Chiefs defensive line is quite obvious. In both the AFC Divisional Round and Championship Games, we saw Kansas City get off to slow starts. Particularly focusing in on the Championship Game win against the Tennessee Titans, Derrick Henry was able to rush for the majority of his 69 yards in the first half. Give credit to the Chiefs for slowing him in the second, but allowing a first half burst to the San Francisco ground attack may prove much more fatal. Frank Clark and Co. must back up his profound trash talk one more time on the Super Bowl stage. Clogging the lanes and forcing Garoppolo to air it out against a top-six efficiency pass defense is paramount.

Concerning the 49ers defensive front, the main concern is, of course, applying consistent pressure to Patrick Mahomes. With quarterbacks who are as talented as the Chiefs’ signal-caller, sometimes the only way to faze them is to hurry their throws and get them out of rhythm. The Niners were no strangers to opposing offensive backfields this year, ranking fifth in the NFL with 48 sacks. Their rotational style has proved effective in keeping guys fresh, and the unit is the healthiest it has been since the start of the season. Look for DeForest Buckner, Nick Bosa and former Chief Dee Ford to pitch a tent in Mahomes’ pocket early.

3) Winning the Middle of the Field

There is no shortage of talented pass catchers on either team, and all are capable of stepping up in a big way in the Super Bowl. But with the opposing pass defenses both so highly rated (San Francisco No. 2 in adjusted efficiency, Kansas City No. 6), the ability to find soft spots over the middle of the field may be the best, and perhaps only, way to net a crucial big play. Tight ends George Kittle and Travis Kelce are good places to start for their respective teams. At 32 years of age, former Super Bowl champion receiver Emmanuel Sanders could provide a major impact over the middle in this game as well for the 49ers.

Both linebacking units possess speed to hang with opposing wideouts in coverage. And with stud safeties Jaquiski Tartt and Tyrann Mathieu lurking, dominating between the hashmarks will be no easy task for either offense. The team that is able to stake claim to the middle of the field will be putting themselves in a great position to hoist the Lombardi Trophy.

When it is all said and done, there are simply too many key advantages possessed by the 49ers for me not to back them. I love the matchup for their rushing attack against the Kansas City front. I believe that they have the superior talent and depth in the trenches on both the offensive and defensive sides of the football. And while I don’t anticipate Patrick Mahomes, Tyreek Hill and the vaunted Chiefs aerial attack to go down without a fight, yardage certainly won’t be easy to come by going up against Richard Sherman and the San Francisco secondary, let alone points. I’m not expecting any more than a two-touchdown lead for either team at any point. I also look to the 49ers to get the lead early, thus playing right into their strategy to run the football, shorten the game and keep the ball away from Mahomes for long stretches of game clock.

With this in mind, points will be scored, but not enough to surpass the over-inflated betting market total. I expect a hard-fought effort from both sides and a great Super Bowl all around with the short underdog 49ers getting the job done.