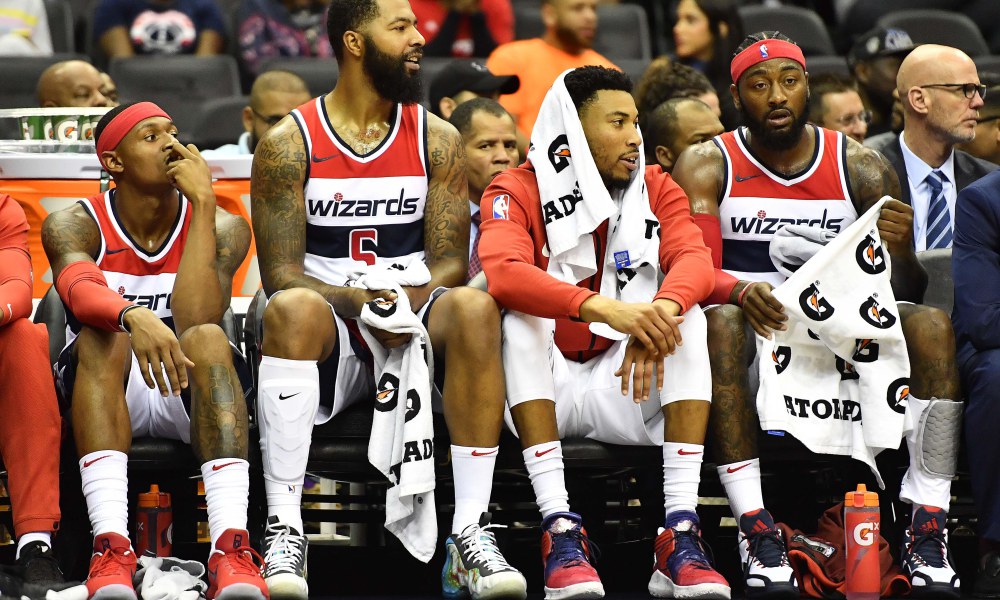 Should the Washington Wizards Blow it Up?

Should the Washington Wizards Blow it Up?

The Washington Wizards have been both the biggest surprise and disappointment so far in the 2018-19 NBA season. The Wizards are tied for the worst record in the Eastern Conference at 1-7 and have lost five straight games. The Wizards have been known for the last few seasons as a team with a solid starting lineup but little to no depth off the bench, which has resulted in lower playoff seeds and early exits due to not having home court advantage. For the past year or so, there has been more and more dialogue surrounding the Wizards as it pertains to blowing it all up. The ‘if’ has become ‘when’ and there is no time like the present for the Wizards to hit the reset button.

The most hotly debated point about the Wizards reset is who goes; Wall or Beal? Both players have clearly had a love-hate relationship on the court, and each is capable of playing selfishly in games. With both players entering the prime of their careers, the Wizards would be wise to deal both of their All-Star guards before this year’s trade deadline. A couple different trade partners the Wizards could look to would be the Los Angeles Clippers and the Phoenix Suns. The Suns are in desperate need of a point guard and have plenty of young and cheap players, such as Dragan Bender and Josh Jackson, to give for Wall. Of course, the Suns could also trade what could be a top-seven draft pick for Wall as well. Meanwhile, the Clippers need someone to be ‘the guy’ and Beal could fit the bill in exchange for Avery Bradley and draft picks.

The only player who would survive the roster reset would have to be Otto Porter Jr. Porter is having a down year compared to last year, but has shown promise, at just 25 years old, to be a player that can help a team win in multiple ways. Just last season, he averaged 14.7 ppg, 6.4 rpg, and 2 apg while shooting 50% from the field and 44% from range. Porter will never be able to carry the team, but he is certainly a guy that the Wizards should look to build around, since they have invested so much in him from both a basketball and financial standpoint.

The Wizards will face the Knicks, Mavericks, Magic, Heat, Magic and Cavaliers for their next six games. Don’t let a string of wins over these games fool you into thinking they have turned things around. A rebuild has been on the horizon for the Wizards for a long time now and it is time they take action and commit while they still have valuable assets to trade.

Embiid’s Big Night Exposes Clippers’ Need for a True Star
What is Going on With Markelle Fultz?