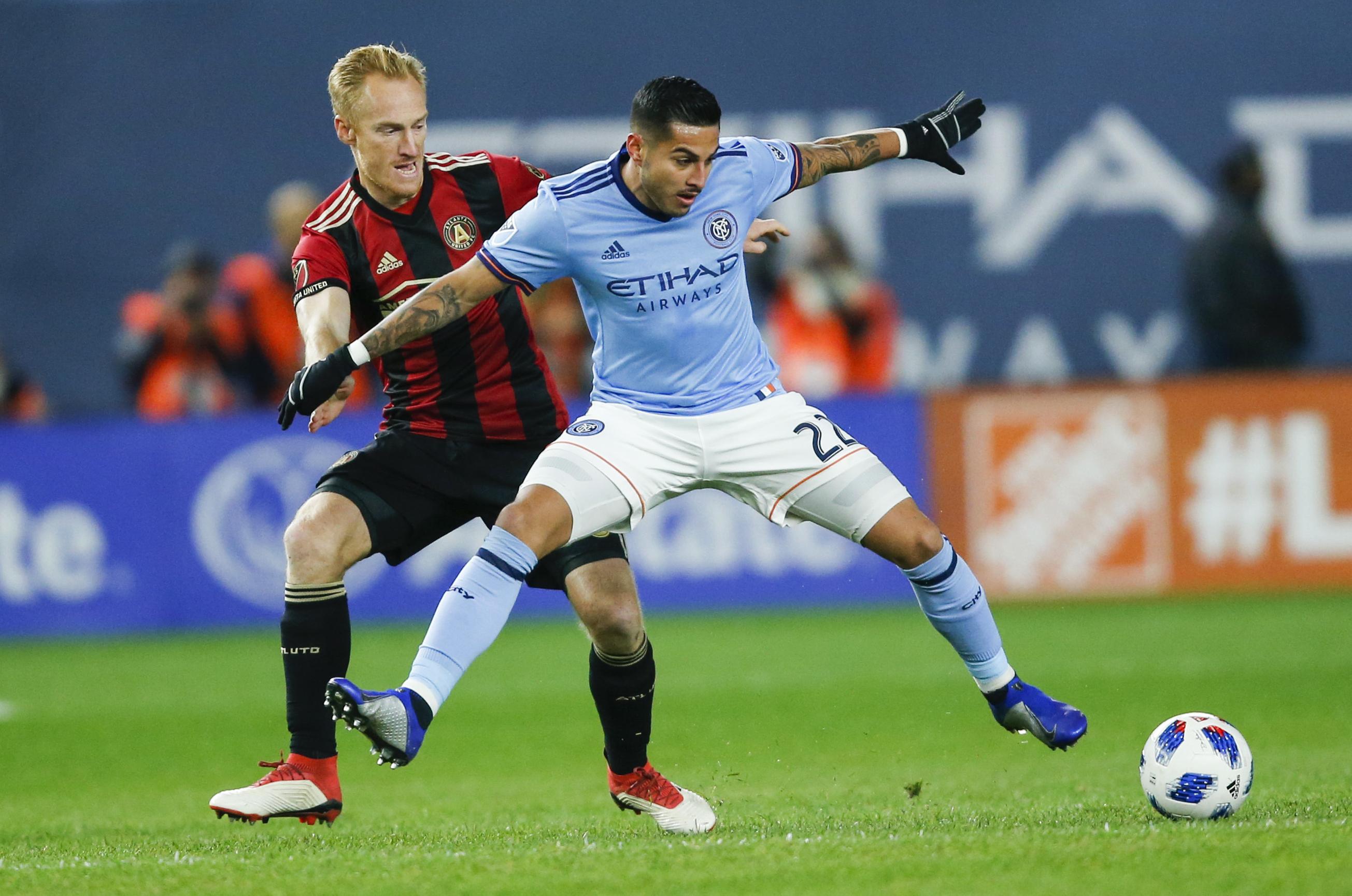 The MLS Cup Playoffs are well under way with the first legs of all four Conference Semifinal matchups in the books. After a Knockout Round that saw three out of four lower seeds claim victory, there is still plenty up in the air for the second legs of the home-and-home format that will play out this coming Thursday (11/8) and Sunday (11/11). Here is a full update following Sunday’s action.

After knocking off the favored D.C. United on penalty kicks in the Knockout Round, the Crew are set up to be the darlings of the 2018 MLS Cup Playoffs. Besides maybe scoring a second goal for insurance before going to the home of the 2018 Supporter’s Shield recipients, Sunday’s first leg couldn’t have gone any better for the Crew. Gyasi Zardes’ 61st minute tally off a beautiful backheel touch from Federico Higuain gave the Crew the upper hand in the aggregate scorebox. Perhaps most importantly though was the fact that Columbus limited the Red Bulls chances and Zack Steffen made a critical save late to prevent New York from getting an away goal.

After a convincing 3-1 Knockout Round win over the Philadelphia Union, New York City FC now finds itself with a mountain to climb in the second leg of their Conference Semifinals matchup. Eric Remedi scored the first goal of his professional soccer career in the 37th minute and Atlanta United not only stole a road goal in Sunday’s first leg, but they pitched a shutout as well. The defensive performance was masterful as NYCFC failed to register a single shot on target the entire match.

New York City now must travel to Mercedes-Benz Stadium, arguably the toughest venue to play at as a road team in MLS. As a result of the 1-0 first leg loss, NYCFC must find a way to notch a winning result in the second leg. A 1-0 regular time win would force extra time with the away goals mark even. A 2-1 win or greater would send New York City through on the away goals margin. For Atlanta United, the formula is simple: don’t choke in front of the raucous Five Stripes home crowd. The second leg can be seen on Sunday (11/11) at 5:30 p.m. E.T. on ESPN.

After springing a major Knockout Round upset over offensive juggernaut Los Angeles FC, Real Salt Lake found the net first Sunday night against the West’s top seed. Albert Rusnak opened the scoring in the 51st minute with a laser half-volley strike off some fancy passing with teammate Damir Kreilach. Unfortunately, RSL could not hold the lead as Diego Rubio struck for an equalizer in the 60th minute allowing SKC to escape with an even aggregate line and an away goal to their credit.

We know that Real Salt Lake will have to score at least one goal in the second leg in order to win given that Sporting Kansas City has an away goal. A non-scoreless draw would force extra time, while any RSL win would give them the aggregate victory. The same can be said for Sporting while a scoreless draw would allow them to advance on their lone away goal. The second leg will air on Sunday (11/11) at 3 p.m. E.T. on ESPN.

The Timbers completed the late-season collapse of FC Dallas with road victory in the Knockout Round, then gained the upper hand on the Sounders in Sunday’s first leg. Jeremy Ebobisse tallied Portland’s first goal in the 17th minute off a beautiful feed from Diego Valeri. Sebastian Blanco scored the second goal in the 28th minute to give Portland the win and aggregate edge. The caveat to the advantage however was the 10th minute goal by Raul Ruidiaz that gave the Sounders an all-important away goal in the defeat.

The two Pacific Northwest rivals will travel to CenturyLink Field for the second leg of this Conference Semifinals matchup. The Sounders will need to pull out at least a goal to even up the aggregate. A 1-0 victory would allow the Sounders to advance on the away-goals tiebreaker. Any other one-goal Seattle win would force extra time. For Portland, any kind of draw or victory will get the job done without needing extra time. The second leg will take place Thursday (11/8) at 10:30 p.m. E.T. and can be seen on FS1.