Rest in Peace, Legion of Boom 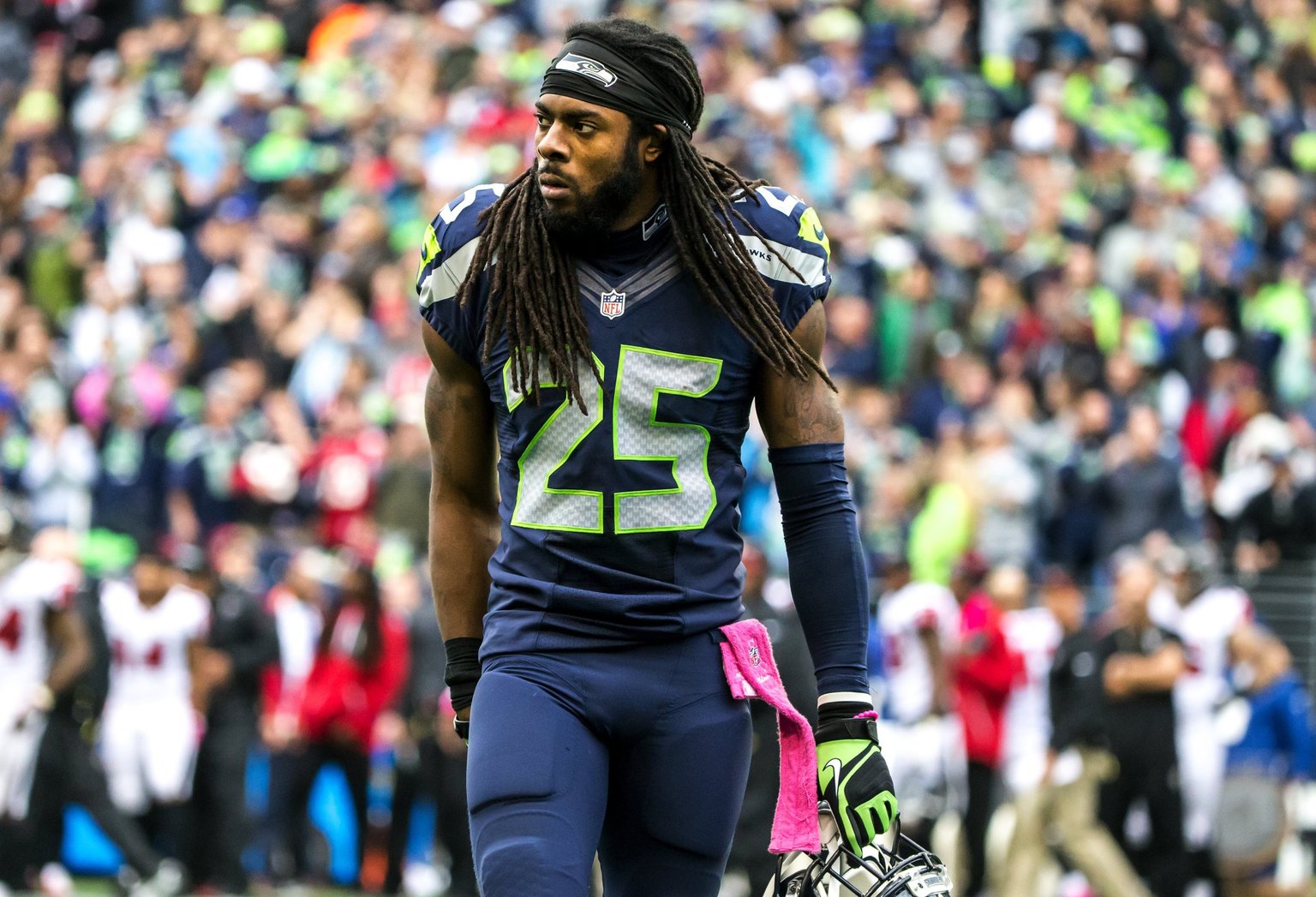 The Seattle Seahawks have surfaced in the latest round of news as the NFL approaches the new year on March 14 — when free agency officially begins.

The Seahawks are expected to release long-time CB Richard Sherman, and have already traded DE Michael Bennett to the Philadelphia Eagles.

While some players simply suit up for their team, Sherman and Bennett are parts-synonymous with the creation of Seattle’s “Legion of Boom.”

The Legion of Boom began to take shape during the 2011 season when Sherman, Bennett, Shaquill Griffin, Byron Maxwell, Justin Coleman, Kam Chancellor, Bradley McDougal and Earl Thomas arrived, and began to dominate the league as one of the premier defenses the league has ever seen.

In 2013, it all came together for the LOB when they defeated the Denver Broncos in Super Bowl 48. They made one of the game’s greatest quarterbacks in Peyton Manning look absolutely dreadful in Super Bowl 48. The LOB gave up 306 total yards, eight points and forced four turnovers.

Even in defeat to the hands of Tom Brady and the New England Patriots, just like in 2013, they were the No. 1 defense and made life miserable for opposing quarterbacks.

Not to mention, winning at Century Link is a very hard thing to do. Combined with a potent offense with QB Russell Wilson and ex-RB Marshawn Lynch, the Seahawks looked to be a team that’s Super Bowl window was nowhere near closing.

But the NFL can be a cruel mistress, and sometimes dynasty’s have this nasty habit of not happening.

According to the Seattle Times, Sherman is expected to be released by the Seahawks on Friday, en lieu of failing to find a trade partner, or reaching a new deal.

Sherman, 29, soon to be 30 this upcoming season, is coming off an Achilles rupture, and is owed $11 million from the Seahawks. Not to mention, Sherman is acting as his own agent, so all negotiations are coming from Mr. Sherman himself.

It’s not entirely possible that he could, in theory, agree to a friendly contract south of $11 million, but reports indicate that Sherman is going to test the market instead.

Whatever’s next for Sherman, he has proved, that when healthy, he’s one of the game’s best shutdown corners. His attitude and physical ability would be great for any team looking to upgrade at the position.

Now, let’s change gears and talk about the Bennett deal that went down.

The Seahawks traded another member of the Legion of Boom to the Eagles for a fifth-round pick and WR Marcus Johnson on Wednesday.

The Eagles are coming off their Super Bowl victory, and look to be a high destination for players that know this team is on the rise.

An explosive offense and defense, and now throwing in Bennett gives their pass-rush even more options when the 2018 season rolls around.

But why did it happen?

Bennett willingly took a paycut to stay with the Seahawks, and then was traded for next to nothing to a Super Bowl contender in the same conference.

Sure, Bennett’s numbers were down last season, in which he was recovering from an injury-plagued, 2016, but the Seahawks decided that at age 32, and nearly $5 million owed, it was time to move on.

Even nearing an age where defenders start to slow down, Seattle couldn’t muster a better deal? Or maybe that’s how little they thought of him?

Whatever the case may be, it marks the end of an era for the Legion of Boom. Chancellor and Thomas have both battled season-ending injuries lately, and Lane has been exposed against prolific offenses. With Seattle missing the playoffs for the first tine since 2011, their once open window seems to be just a few inches high at this point.

“I probably won’t be back next year,” Bennett said. “Just seems like it’s a young man’s game. I can see them going younger, with younger players. That’s part of the game.”

The best way to get back at a team, is to do well with your new team, and I’m sure Bennett will use this as fuel to improve this season.

Sam Shields Making a Comeback
Gridiron Round Up: Quick Hits