Rafa Benitez Should be the Manager of the Year 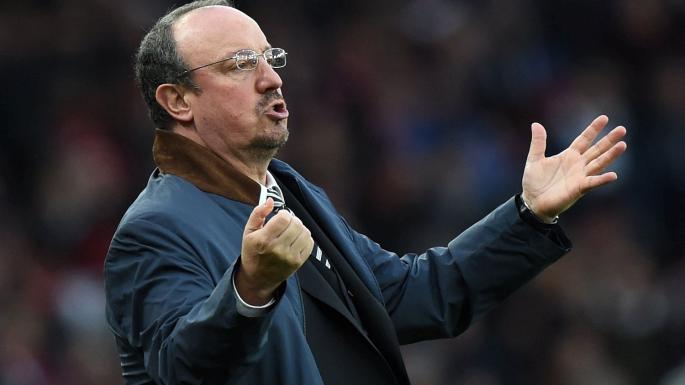 As the 2017-18 Premier League season draws to a close, it’s time to give out some accolades. Expect to see Manchester City players dominate the Top XI of the season with some footballers such as David De Gea and Mo Salah make a cameo. But what about the managers?

You could make the case for Pep Guardiola. After all, he led what has touted as the “best” Premier League team of all time. Despite cries from social media stating that he is just a “bald fraud” who would get exposed if he didn’t have a blank checkbook, you can’t deny that they played some gorgeous football. They’ve also broken a lot of records. This season they went 30 games unbeaten in the league. But we all knew that he was going to win it all anyway.

You could also make the case for Sean Dyche. Burnley was the surprise of the season. They are currently riding high in seventh place just two points behind Arsenal. They’ve won against the likes of Chelsea and Leicester City and drew against Manchester City. With five more games left in the season, they could also be going on a European tour if Dyche continues to play his cards right.

Then there is Rafa Benitez, who should be the Manager of the Season, but why?

Last December, Newcastle United had a whopping 19 points and like the summer prior, the club wasn’t going to get anyone huge during the transfer window. With 11 losses and only five wins with no backups coming in other than some loans, it looked like they were going down once again.

However, Benitez wasn’t complacent during all of this. He kept his cool and continued to improve his Championship-tier squad. Take Jonjo Shelvey for example. Benitez has turned him into the dominant midfielder that he strived to be. There are few managers out there that have the will and endurance that Benitez has done in Tyneside. He ignored all negativity and let his managerial skills do the taking and it showed. Since the New Year, Newcastle has won six games and lost only twice. After Newcastle’s 2-1 victory over Arsenal on April 15th, Benitez has all but secured safety for his team with five games to spare.

The 57-year-old Benitez inherited a dysfunctional team with an owner who would sometimes throw a dollar at him if he was in the mood. With that in place, many thought that they won’t be able to compete. Hwoever Benitez took what he had and defied all expectations.

If he doesn’t win Manager of the Year, at least he gave Newcastle fans something to smile about.