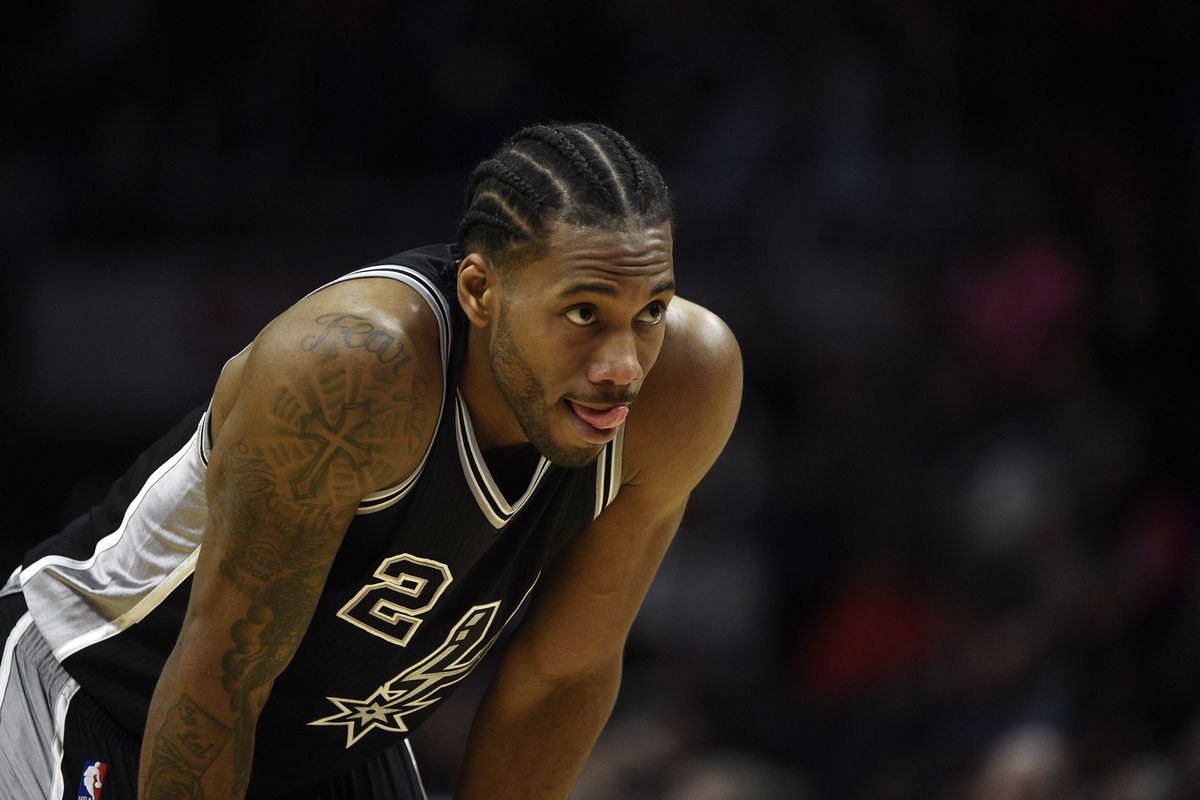 The Spurs’ season ended much sooner than many would have predicted at the beginning of the season. They avoided a sweep by the Warriors in the first round with a Game 4 win, but in most of the games, the Spurs competed in the first half and would get blown out by Golden State for the rest of the game.

San Antonio would have done much better this season if their star, two-time defensive player of the year, and 2013-14 Finals MVP Kawhi Leonard would have played. His injury and recovery time ultimately ruined this season for the Spurs, who would have been the more likely three seed over Portland. Everyone assumes that Kawhi will come back next season, but the question is, does he come back to San Antonio or somewhere else?

Does Kawhi want to be in San Antonio? Do the Spurs want him after all of this drama? No one really knows except for Kawhi and the Spurs organization. I’m sure the Spurs would prefer him to stay, because he is arguably a top-5 player in the league, but it seems as if there is a slow and steady rift growing between the two parties. There have been some subtle jabs from players and even Gregg Popovich. Also, there were pictures of Kawhi playing Fortnite on his SnapChat story instead of watching his team play in Game 1 of the first round series.

What to do with Kawhi is the question, and it’s a hefty question at that. It was recently reported that Kawhi may be offered a supermax deal of 5-years $219 million. This deal is essentially an effort to try and mend the rift between the two parties.

What moves can the Spurs make?

Moving on from Kawhi for now, San Antonio has a decent payroll coming up this offseason because Tony Parker’s contract of $15.4 M is expiring. They will most likely bring him back on a much smaller deal. The only bad contract that the Spurs currently have is Pau Gasol (2-years, $32 M). It’s not the worst contract but $16 M per year does seem like a hefty price for a player at 37 years old. They may be able to go after some good role players and even a decent starter if they wanted. Possible players I could see in San Antonio are Tyreke Evans, Will Barton, Avery Bradley, among others. None of this truly fixes San Antonio though if their best player won’t be on the court.

Back to the troubled star, Kawhi Leonard may be on the trade block this summer and he would have many potential suitors. The Lakers, 76ers, Pacers, Trail Blazers, and Heat, along with many others, might be the teams that push the hardest to get Kawhi Leonard. Do those teams have enough assets to make a valuable trade is the biggest issue. Kawhi Leonard may be the biggest question mark when it comes to the NBA offseason.

If the Spurs are going to trade Kawhi Leonard, they will want a lot and more in return. I would guess they want some young pieces to go with their future point guard Dejounte Murray. I would also suspect them to want at least one first round pick with a lot of value and completely unprotected.

Perhaps San Antonio will prefer getting veterans instead. This would be able to boost the team they have now instead of the future. This way, the Spurs would give plenty of help for LaMarcus Aldridge and others. Two or three veterans to help the team would go a long way, in my opinion. They would really need a veteran wing in order to get full maximization of this trade, so they havw someone to fill a bit of the role Kawhi had. No one will bring what Kawhi brought to the table, but maybe with multiple players you can create something similar.

If I was San Antonio and had to trade Kawhi, I would look to get a mix of both. I would then not resign Tony Parker and go after a free agent good enough to take his old contract along with some of the other expiring contracts. This would create about $20 M for a free agent. Perhaps Paul George would be intrigued by this. Paul George, with his defense and offensive range, on a Popovich-coached team would definitely be a threat in the Western Conference.

Potential Offseason Moves for the Miami Heat
FS Podcast: A Couple Celtics Fans Talk NBA Playoffs
Where Do the Pelicans Go From Here?
Should the Blazers Blow it Up?