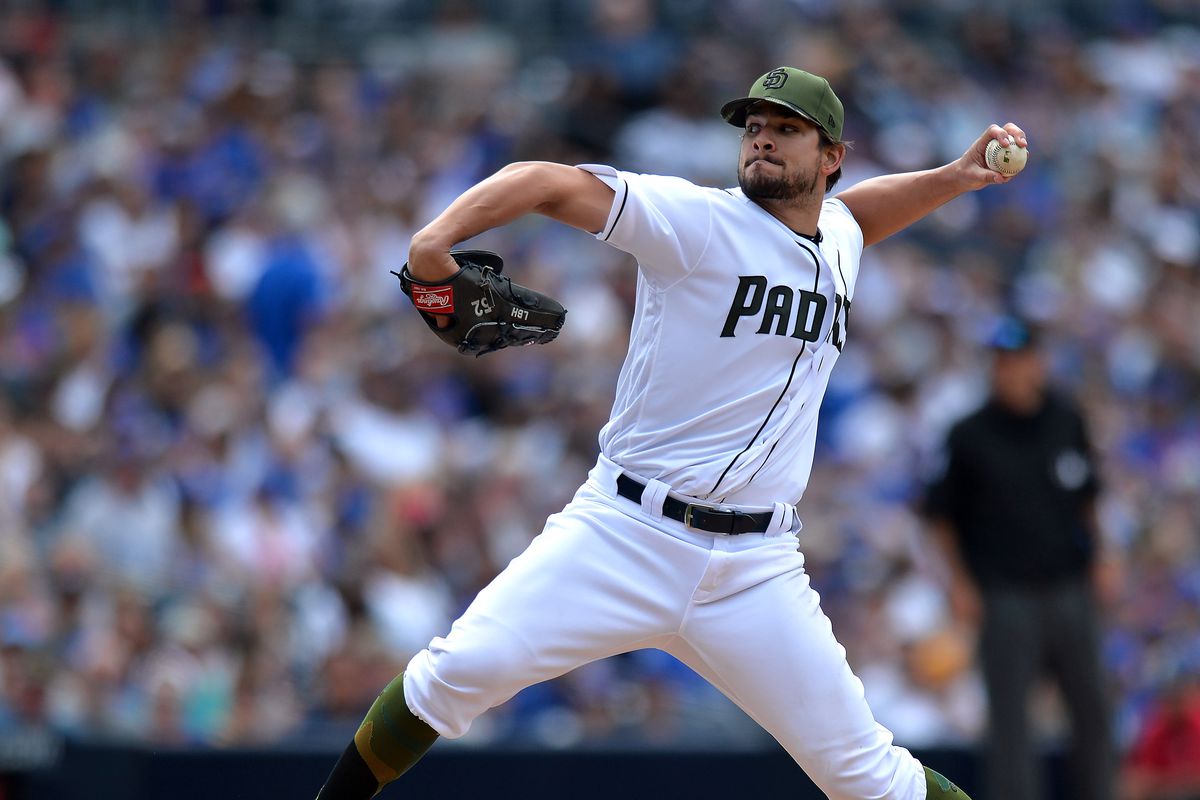 After the Manny Machado trade, it was only a matter of time before other players started moving. That’s what happened on Thursday when it was reported that the San Diego Padres traded All-Star closer Brad Hand to the Cleveland Indians.

Hand spent the first five seasons of his career with the Marlins. Since joining the Padres in 2016, Hand has posted a 2.66 ERA while picking up 46 of his 47 career saves. This season, Hand has a 3.05 ERA with a career-high 24 saves.

Hand, the left-hander, was sent to Cleveland packaged with fellow reliever Adam Cimber, a right-hander. Cimber made his Major League debut on Opening Day back in March. In 42 appearances this season, Cimber has pitched 48.1 innings, tallying 51 strikeouts with a 3.17 ERA.

The Padres, consequently, will acquire catching prospect Francisco Mejia. Mejia, 22, has spent most of his time this season with Triple A Columbus. In 79 games with Columbus, Mejia is batting 0.279 with 7 home runs and 45 RBI. Some experts pin Mejia as a top ten prospect. If Mejia pans out, the Padres will have something special. An elite player behind the plate is hard to come by in today’s game.

San Diego continues their effort to get back to playoff contention. Back in February, the Padres signed free agent first baseman Eric Hosmer to a $144 million deal. Hosmer, now joined by Mejia, is part of a crop of young talent that could propel the Padres into the postseason some time in the early part of the next decade.

As for the Indians, they hope Hand and Cimber can bring relief to a bullpen that has the second-worst ERA in the league at 5.28. Cleveland currently leads the AL Central by 7.5 games, but had lost six of their last ten games going into the All-Star Break. With a stronger bullpen, the Indians will look to have a stronger finish heading into October.