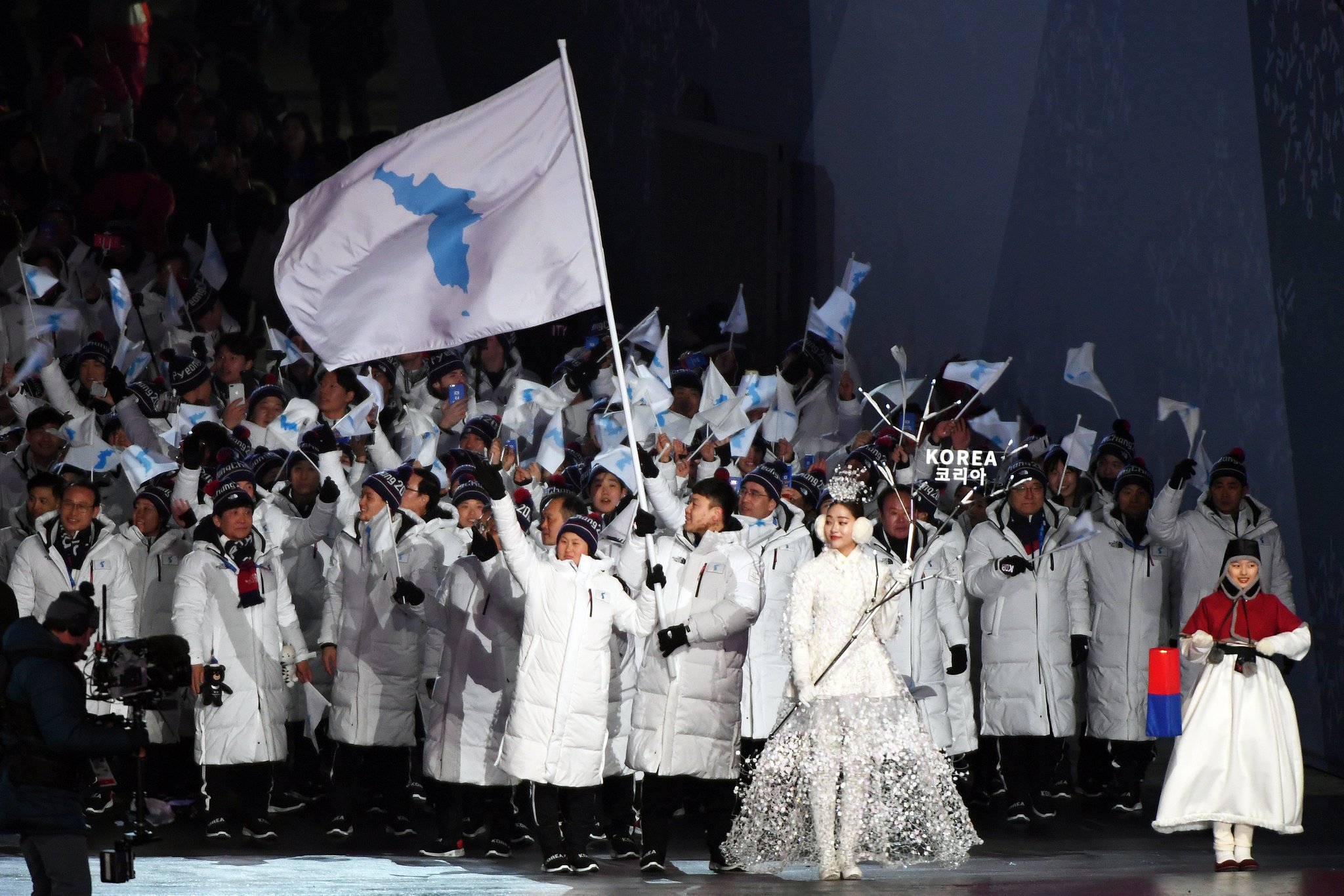 The opening ceremony of the 23rd Winter Olympics kicked off with the athletes from both Koreas marching under a unified flag, as announced last month. This is the first time they have done so since the 2006 Olympics in Italy. During a time of global unrest, this gave many a hope for some peace in the future.

Since FlurrySports is a sports brand, I will leave the talk about North Korea and Kim Jong-un’s younger sister in attendance to other sites. Instead, we will be discussing how this Winter Olympics is said to be the largest one yet, with 92 countries participating. The United States brings the most athletes, with 241 currently. Second place goes to Canada, Switzerland, and the Olympic Athletes from Russia (formerly Russia, due to doping scandal).

The opening ceremony lasted two hours and eighteen minutes, which is relatively short, and those who attended in the cold weather were thankful. The temperatures are currently hovering slightly below freezing. South Korea’s Yuna Kim lit the Olympic flame. Kim is a figure skater who won gold at the 2010 Vancouver Games and silver four years ago in Sochi. She is a massive celebrity in her country, after being the first South Korean to medal in figure skating. The retired skater has not hung up her skates quite yet, because she was wearing them as she lit the flame.

Being selected as your nation’s flag-bearer during the Olympics opening ceremony is a great honor. Because of this great honor, it is often accompanied by controversy and frustration from those not selected, which is the case with the United States.

The United States had two worthy candidates, so they flipped a coin to determine who would be selected to carry the flag. The winner was Erin Hamlin, who became the first American to medal in singles luge four years ago in Sochi. She also plans to retire after these Games.

The frustration came from Shani Davis, a two-time gold medalist and the first black athlete to win gold in an individual Winter Olympics event. Davis posted on Twitter:

I wonder if Shani Davis would have still felt it was unfair if he won the coin flip?

Last, but certainly not least, the Tongan from the Summer Olympics returns! It may be below freezing, but that’s not stopping him from taking his shirt off and oiling up before he gets in front of the world! Legend.