No Aaron Holiday, No Problem for Pacers Against Nets in Summer League 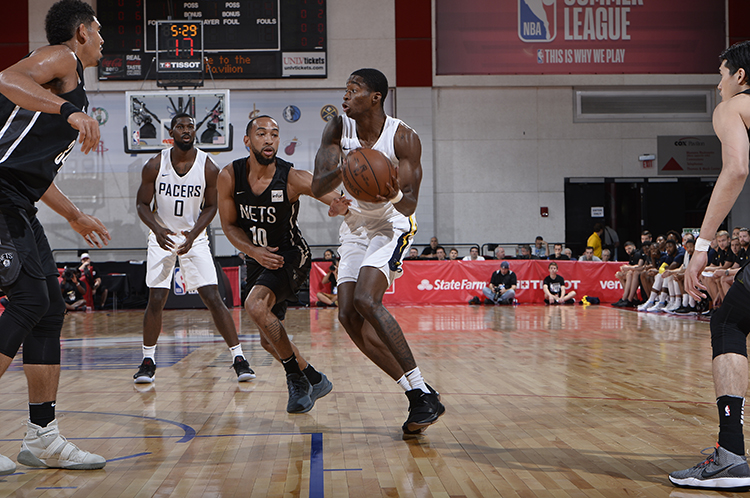 A 116-79 win for Indiana was by far the most impressive and easiest win for the Pacers this Summer League. All while Aaron Holiday didn’t play, and neither did TJ Leaf. Holiday and Leaf have been the two biggest names for the Pacers this summer so far. They have had a lot of inconsistencies but still are Indiana’s go-to guys. It was the Nets inability to match the overall scoring of the entire Indiana roster that lost them this game. Indiana was hot from the field and stayed that way all night. Help from everyone on the roster was key.

There isn’t much to say about the Pacers other than they absolutely demolished a weaker team despite missing their better players. It was CJ Wilcox that led with 22 points on the night followed by Henry Sims off the bench with 21. Alize Johnson was one point shy of a double-double with 9 points and 10 rebounds. There was Alex Poythress with 14 points, Edmond Sumner with 13, and Levi Randolph with 12 points and 8 boards. Overall, a very impressive game by the Pacers up and down the roster. A game that many believed may be a closer match because of Holiday and Leaf not playing proved those people wrong.

It was Tyler Davis’ night for the Nets, as he led the team with 19 points and 7 rebounds. However, he was the only one who seemed to show up for Brooklyn. It was an unfortunate night for the rest of the squad to spoil Davis’ solid performance. This Nets team seems to be lacking some quality youth this summer, and it’s showing. Brooklyn shot poor from the field and even worse from beyond the arc. They were out-rebounded and out defended. Everything went against the Nets and that isn’t a good sign for how badly this team needs solid youth talent.