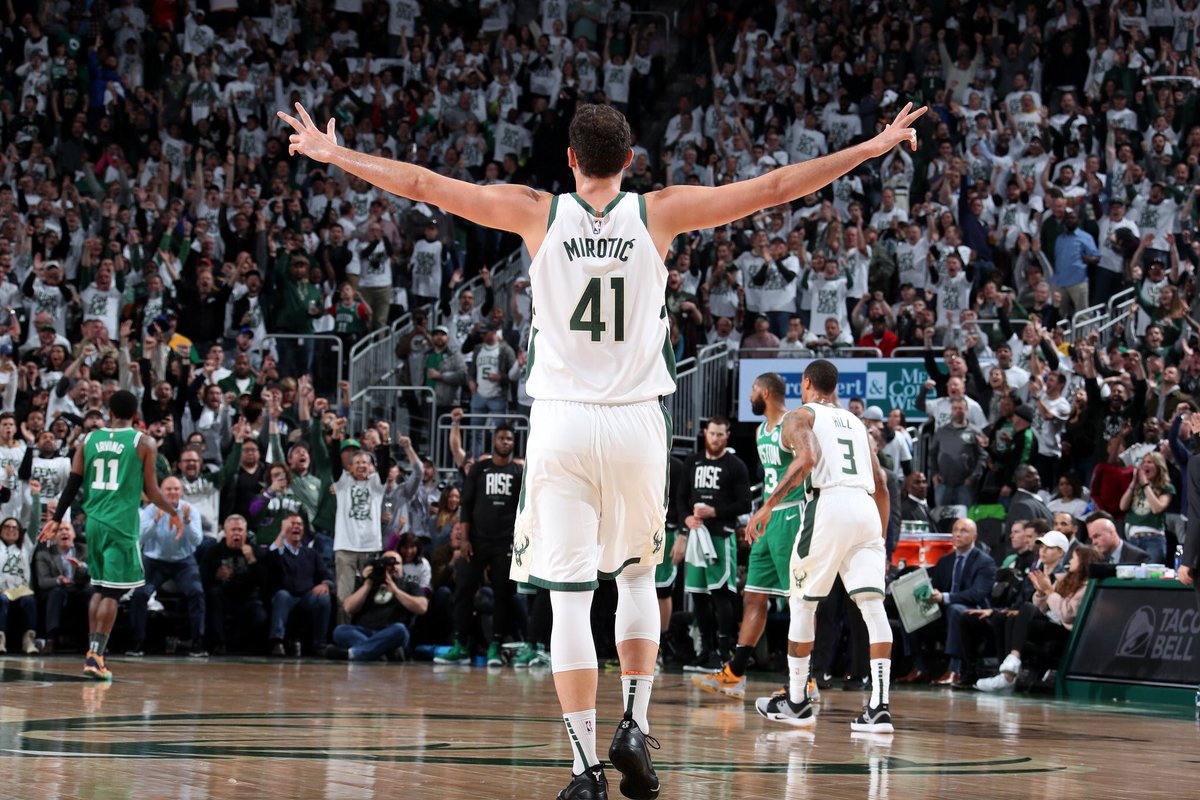 Forward Nikola Mirotić had a decision to make, after his contract was up with the Milwaukee Bucks. And after previously showing interest in playing overseas again, Mirotić will reportedly be leaving the NBA to sign with Barcelona in the EuroLeague, per Shams.

Before being drafted by the Chicago Bulls in 2014, Mirotić played for Real Madrid, earning the EuroLeague Rising Star award during the 2010-11 season. In a total of 97 EuroLeague games for Real Madrid, he averaged 10.8 points and 4.5 rebounds per game.

This move may simplify matters for the Bucks, who should now shift their focus of a shooting big man to Brook Lopez, after they officially lock up Khris Middleton.

Did Al Horford Drop a Hint for His Next Team?
Kemba Walker Plans to Sign With Celtics