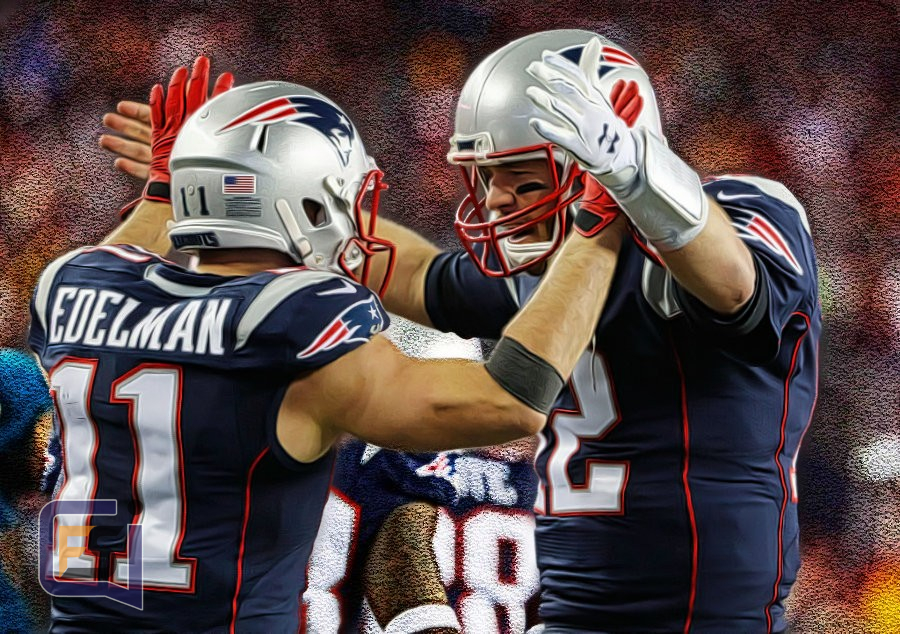 For the first time since 1990, every team has at least one win through week 5. Only 12 of the 32 teams have a record over .500. It has been a really odd start to the NFL season, to say the least. The Browns have more wins than the Falcons, who were picked as Super Bowl favorites by some. All of the rookie quarterbacks that were selected in the first round and starting won this week. Josh Allen passed for only 82 yards, yet the Bills somehow beat the Titans. Drew Brees also became the NFL all-time passing leader, to finish the week on Monday Night Football. Let’s take a look at the week 6 NFL power rankings.

Mason Crosby had five field goal attempts and only hit the final, meaningless one. Rodgers was sacked four times and fumbled twice against Detroit. The Lions took advantage of opportunities they were given and pulled out the tough divisional win. The Packers should get back on track in prime time against the 49ers Monday night.

Mitchell Trubisky has the lowest percentage of plays under pressure this year, at 23.3%, per PFF. Trubisky is coming off his best game as a pro, after tossing six touchdowns against Tampa Bay. The Bears travel to Miami this coming week. On the road, they have only won both games by a combined three points. Will the offense build off Trubisky’s career game week 4?

The Vikes traveled to Philly for an NFC Championship rematch and came home with a win. The defense look much improved in this game. Diggs and Thielen continue to impress each week. If the defense can get back to form and the offensive line holds up, this team will be scary down the stretch.

Blake Bortles threw four picks and was sacked five times in the week 5 contest. The Jags still have a top five defense, but when Bortles is off, this team will struggle. Fournette is once again on the shelf dealing with his hamstring injury. The Jags brought in Jamaal Charles and Charcandrick West for work outs. They look to bounce back against the Cowboys this week.

To be successful in the league, you need a little luck on your side. Sometimes that luck is from an officiating stand point, or sometimes from your kicker drilling a 63-yard game-winning field goal. The Panthers head to FedEx field next week to take on the Redskins, who just got throttled by the Saints.

Joe Mixon returned from injury this week to contribute over 100 yards from scrimmage. The Bengals scored 24 points in the fourth quarter to make a comeback win against the Dolphins. This week, the Steelers come to town and thehe Ravens lost to the Browns last week. Will the Bengals stamp their status as the best in the division?

Drew Brees leaped Brett Favre and Peyton Manning in the record books to become the all-time leading passer in NFL history. Mark Ingram returned from suspension and had 10 more carries than Kamara. However, Kamara still had a heavy workload in the receiving game. Look for Ingram to likely out-touch him if the game script continues to bode well for the Saints. Down the stretch, they will be able split time more evenly so both backs are fresh for the playoffs. The Saints get will be on bye this week.

The Pats got a little scare from the Colts Thursday night, as two interceptions that went off receivers hands kept the game a lot closer than it should have been. New England got off to a slow start, but now have a plethora of skill players for Brady to work with. The red hot Chiefs come to Foxborough this week.

The Rams became the fifth team in NFL history to score 30+ points in each of their first five games of the season. Three of the previous four reached the Super Bowl. In week 5, the Rams traveled to Seattle and ended up coming out on top of a shootout. Kupp and Cooks both suffered concussions, so they may be shorthanded as they travel to Denver this week.

It was a tough choice to move the Chiefs ahead of the Rams this week, but Mahomes threw two interceptions and didn’t have a passing touchdown and they still won. It was an overall great team win against one of the best defenses in the league. This week, they get to take on Brady in Foxborough.