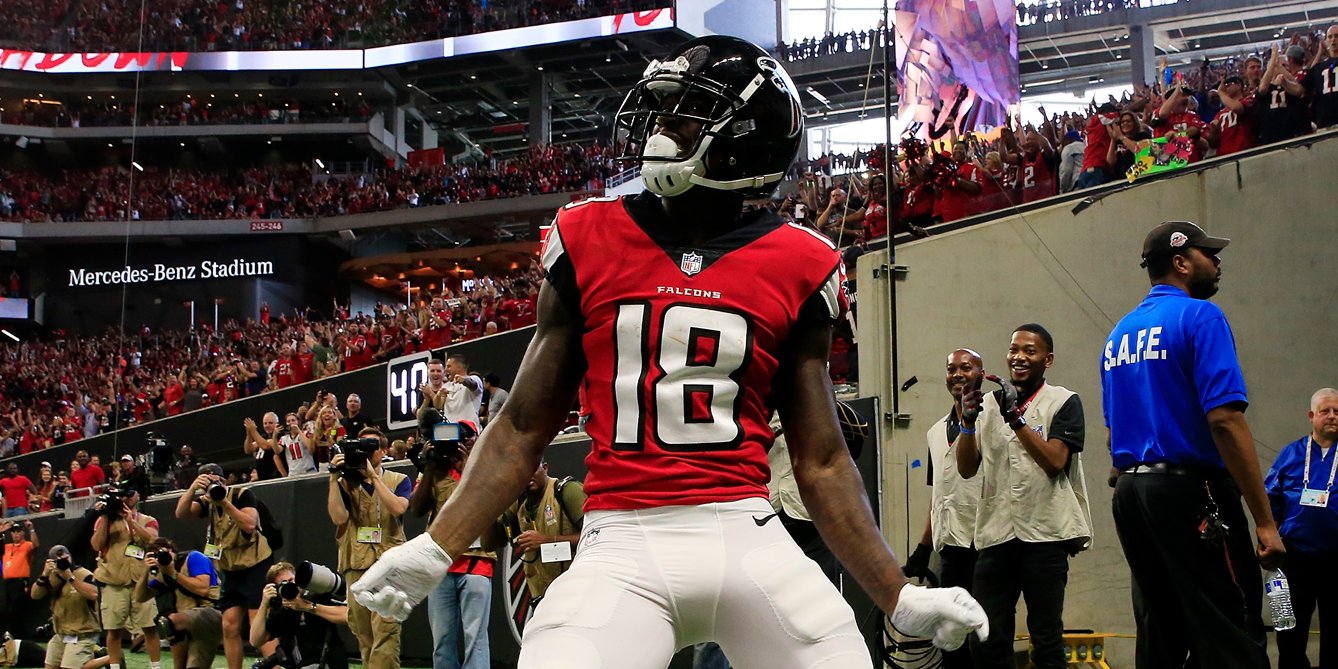 It’s crazy to think we’re already a quarter through this NFL season, but here we are. Week 5 is here and it’s time to check out some of the best bargains in NFL DFS this week.

Against a very good Dallas defense, Bridgewater didn’t blow anyone away. Against a defense that has allowed 1,352 yards through the air and five passing touchdowns, I’m expecting a good game from double-glove Bridgewater. While I would recommend splurging on a QB this week, if you want to go cheap, go with Teddy.

The Eagles are injury-ridden through just four games. WRs, CBs, DTs… the list really does go on. However, they’re playing the Jets, who have given up at least one rushing touchdown every game thus far. The only thing that could stop Sanders from going off this week is Jordan Howard. But with practice squad players starting at CB for the Eagles, I would guess they’re going to be tossing the ball around a lot, which is why is have Sanders over Howard this week.

Gore is an ageless wonder. Rushing for 100 yards last week against the Patriots, I don’t see how he slows down going against the Titans. The Bills like the run the ball and for some reason, at 36 years old, Frank Gore is still really good at doing just that. Also, with Josh Allen being limited throughout the week, I would guess they would lean on the run even more than they normally do.

Like previously stated, the Eagles are going through some injury problems, especially at corner. Now, the Jets do have the problem with Luke Falk starting at QB, but even bad QBs have put up beyond insane numbers against this Eagles’ secondary. I mean, Case Keenum put up 380 yards and three touchdowns in Week 1. Anderson is the receiver to go off against the Eagles simply because they can’t stop the deep ball, allowing at least one receiver every game having (at least) five catches with 15 yards per catch (YPC) thus far.

Ridley is one of those players that either goes off for 20+ fantasy points or barely reaches double digits. Against a Houston defense that hasn’t been able to stop almost any receivers and with the Texans’ offense coming off an awfully played game, I’m expecting a high-scoring game. With almost all of the attention of the Texans’ defense being focused on Julio Jones, I expect Ridley to pull in some big-time receptions. He’s due for a touchdown.

The Jaguars have not been good at shutting down a TE yet this year. Olsen is still very good. That’s it. That’s all I have. I’ll refer back to my previous comment for Bridgewater. I recommend paying up for a top TE, but if you want to go cheap at TE, go with Olsen.