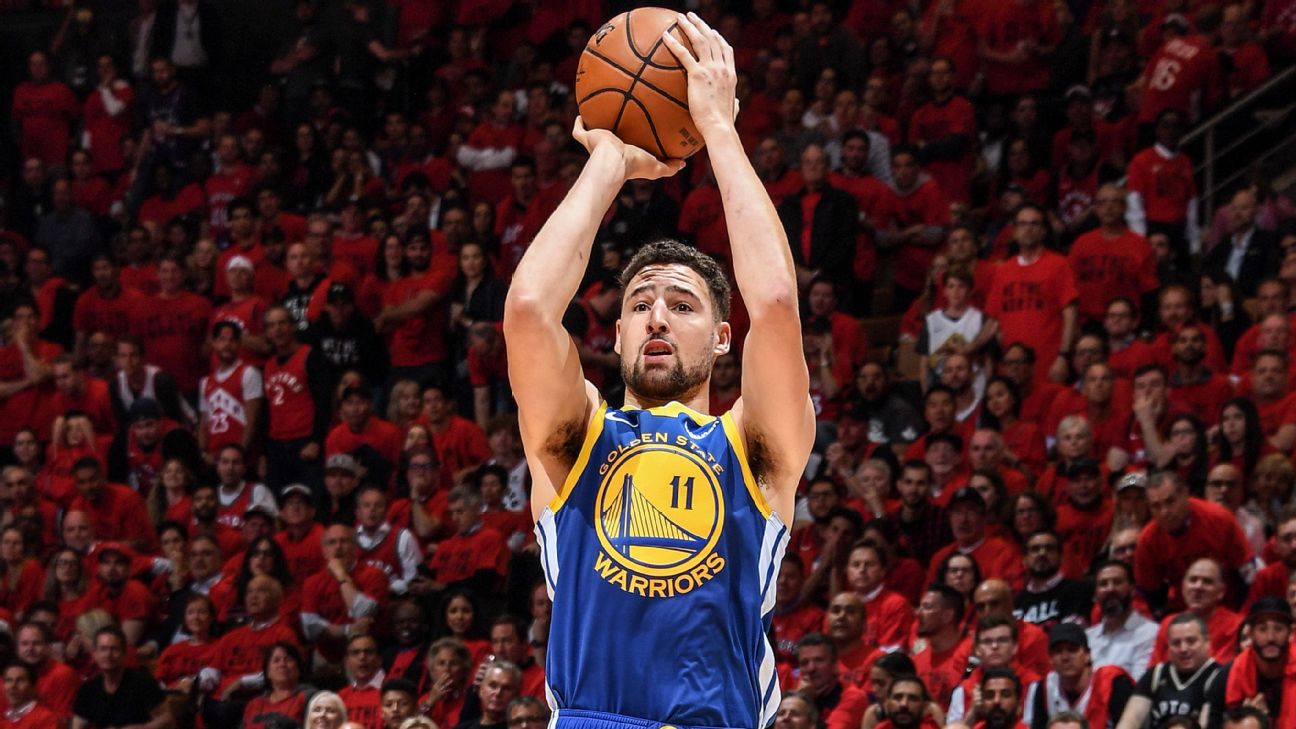 The 2019-20 NBA season is fast approaching and will tip off on the 22nd of October. Here, we will take a look at each NBA team in the Western Conference and select one player from each team whose figurative “stock” is trending up from last season. Conversely, we will also look at a player on each team who will regress from last season.

The 2018-2019 Rookie of the Year is primed for another fantastic season. The young guard nearly averaged a triple double in his rookie year and he has an incredibly high ceiling.

Even if we could look past the health issues Porzingis has faced in his career, there still remains a ton of talent at the big man position in just the Western Conference this year. Anthony Davis, LaMarcus Aldridge, Karl- Anthony Towns, Hassan Whiteside, Clint Capella and Steven Adams are all going to take a toll on Porzingis in the post this season. I expect Porzingis to struggle as the Mavericks have little help in the front court to help him.

The Nuggets took a high-upside first-round pick in the 2018 NBA Draft in Porter Jr. and they will finally get to see the highly-anticipated rookie this season. After sitting out of Summer League, Michael Porter Jr. continues to lurk in Denver as one of the greatest X-factors entering the 2019-20 season.

Mason Plumlee saw just eight minutes per game for Team USA in the FIBA World Cup. He has always been a role player for the teams he has been on, despite starting for the Trail Blazers early in his career. However, the addition of Bol Bol will force Plumlee to share minutes with a player the Nuggets are really excited to see take the court.

The Golden State Warriors may have lost Jordan Bell this offseason but they replaced him with Wille Cauley-Stein. A big man who can run the floor is valuable to the Warriors, who may look to play much faster this season now that they no longer have Kevin Durant, one of the best iso scorers in the league, on their team.

It would be easy to pick on Klay Thompson’s stock given he will be returning late in the year after recovering from his ACL tear. However, I think the biggest issue for Thompson will be adjusting on the fly to the addition of D’Angelo Russell, who will have had an entire training camp and half of the regular season to start alongside Steph Curry and build chemistry with the rest of the team.

The addition of Russell Westbrook will actually prove to be a good thing for James Harden. Westbrook, unlike Chris Paul, has speed and strength to lead fast breaks, which will keep defenses guessing if the Rockets will speed things up with Westbrook or slow things down in the half court with Harden.

The addition of Russell Westbrook will not benefit everyone. Westbrook averaged 20 shots per game last year and Harden averaged 24 shots per game. Gordon is the Rockets best catch-and-shoot player, but will he see enough looks for his game to shine?

Kawhi Leonard shocked the NBA when he signed with the Los Angeles Clippers this summer. He is joining a team full of young and hungry players who pushed the Golden State Warriors to six games in the 2019 playoffs. Pairing Leonard, a defensive nightmare, with Beverley, George and Harrell will make for a very impressive team capable of grinding out wins in the playoffs.

Paul George is in another position where he is not the best player on his team, despite coming off of the best season of his career. I expect George to struggle early in the year, because he has struggled in the past starting the season coming off on an injury. This past summer, he had not one, but two surgeries on his shoulder and will have to battle managing that injury alongside the spotlight of playing for a title contender in Los Angeles.

The injury to DeMarcus Cousins will put Dwight Howard into the lineup more often than not this year. Hopefully, his second time with the Lakers goes better than his first stint with the team, when he teamed up with Kobe Bryant and Steve Nash.

Kyle Kuzma may very well come off of the bench this season after starting 68 games in his second year in the league. Kuzma will be asked to sacrifice the most, as LeBron James, Anthony Davis and Danny Green take his minutes away.

Ja Morant is the most exciting player to come to the Grizzlies in years. He is athletic, can shoot and is extremely creative on offense. In some ways, he is already the leader of the Grizzlies and is an early favorite to win Rookie of the Year, should Zion Williamson’s health come into question.

Andre Iguodala will be 36 years old this season and is nearing the end of a tremendous career. His stock is down due to both his age and the fact that he is no longer playing with some of the NBA’s best players and one of the league’s top coaches.

Teague started all 41/42 games last season before his 2018-19 campaign was consumed by injury. With both Derrick Rose and Tyus Jones having moved on, Jeff Teague will be asked to shoulder much more than last year. If he can remain healthy, he could be up for some big numbers.

Andrew Wiggins is probably on the worst contract in the NBA. He is set to make $27.5M this season after he averaged just 18ppg last year. Wiggins is a solid player, but is not worth the money he is being paid. Robert Covington and newly-drafted rookie Jarrett Culver will compete with Wiggins for playing time, so I expect Wiggins to remain around 18ppg again this season.

Zion Williamson has the potential to be a generational talent. Williamson needs to remain healthy and develop his outside shooting, but he is the clear favorite to run away with Rookie of the Year and he will have every opportunity to do so in New Orleans.

Many believe a change of scenery will be good for Lonzo Ball, but I am here to tell you not to hold your breath. Ball will come off of the bench for Jrue Holiday and doesn’t have the talent he had when he played for the Lakers to pass to, which is really the strong point of his game.

Despite the acquisition of Chris Paul in the Russell Westbrook trade, CP3 has not played more than 70 games since the 2015-16 season. As Paul ages, his health has declined and Dennis Schroeder will be turned to as the point guard for the Thunder.

Steven Adams seemed to have a very real connection with Russell Westbrook on the court. I expect Adams to increase his rebounding stats, but his scoring may go down without Westbrook to throw him lobs in the paint.

How long have the Suns yearned for a point guard to join Devin Booker? Rubio may be an average point guard, but he has committed himself to becoming more than just a flashy passer. His scoring ability should take pressure off of Booker to score 30 points per game to be competitive.

Tyler Johnson was not with Phoenix for long, but he did start 12/13 games for the Suns and averaged 11ppg. But with the addition of Rubio and as Mikal Bridges continues to develop, Johnson will likely not see the 31.2 minutes per game he saw with the Suns last season.

Nurkic suffered a gruesome compound fracture in his left leg late last season. He will find himself in a similar position as Klay Thompson and may struggle when he comes back to find his role now that the Blazers have added Hassan Whiteside and Kent Bazemore to their offense.

With the departure of Willie Cauley-Stein, Bagely III finds himself as the leader of the Kings frontcourt. Bagely may just be 20 years old, but he demonstrated a lot of impressive skills by averaging 15ppg and 7.6rpg in his rookie year.

Dedmon will likely start for the Kings at the center position, but I wouldn’t be surprised if Harry Giles or Marvin Bagely III took his starting role from him. Dedmon is 30 years old and has never been able to run in transition the way the Kings may try to do with young point guard De’Aaron Fox.

The time for Gregg Popovich to start Patty Mills may be this year. The 31-year-old point guard was impressive in the FIBA World Cup, averaging 22.8ppg and shot 40.5% from three-point range. Mills has played for the Spurs since he was 23 years old and has complete knowledge of Popovich’s system, which should result in more than one start this season.

Rudy Gay improved from his 2017-18 campaign, but the veteran swingman may see limited minutes as a result of the acquisitions of both Trey Lyles and Keldon Johnson.

Mike Conley Jr. will play for a team other than the Memphis Grizzlies for the first time in his career. He is surrounded by young talent, such as Donovan Mitchell and Bojan Bogdonovic, and has an impressive front court with Defensive Player of the Year Rudy Gobert. The Jazz are built to limit teams on offense while also having the capabilities to score at multiple positions.

With newly-acquired Bojan Bogdonovic, the Utah Jazz added a great shooter who can also drive the the basket and run the floor more effectively than Joe Ingles. Ingles is the better defender, but the Jazz will certainly want to try out their new weapon throughout the season and it may be at the cost of playing Ingles.