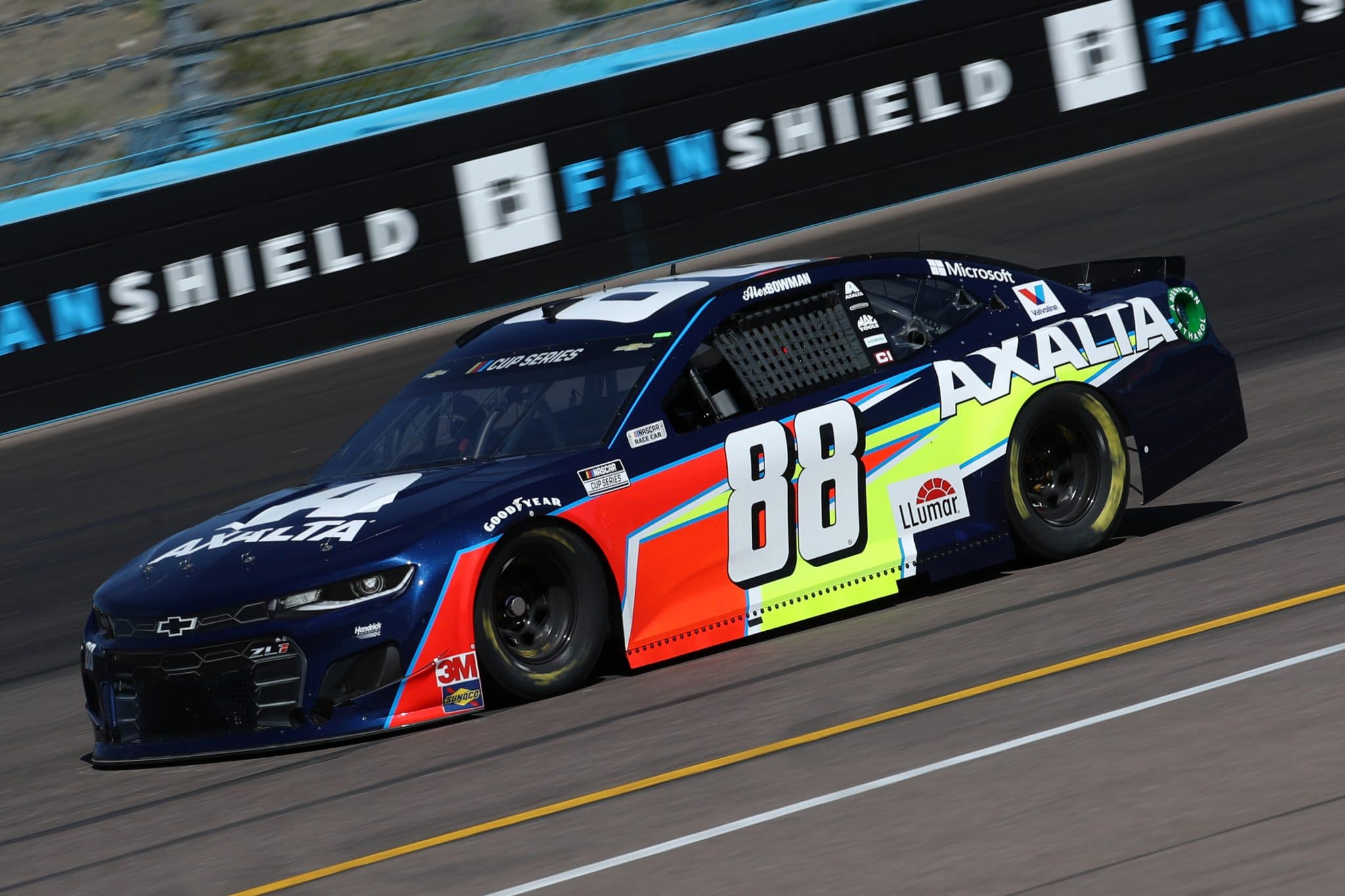 NASCAR’s jam-packed racing schedule continues this week with the Alsco Uniforms 500 on Wednesday night. It will be the second race in four days for the Cup Series and concludes four straight days of action-packed racing at Charlotte Motor Speedway across all three of NASCAR’s top divisions.

Unlike most races which are typically named for their distance in miles, the Alsco Uniforms 500 will actually cover a distance of 500 kilometers. The formula and distance are the same as they were for last Wednesday’s midweek race at Darlington. NASCAR is doing its best to make up for lost time due to the COVID-19 pandemic while not completely burning out the drivers and teams.

The inaugural running of the Alsco Uniforms 500 will be hard-pressed to rival the thrilling overtime conclusion to Sunday’s Coca-Cola 600. Read on for a full guide to the race including some betting insight and picks as we attempt to make a little Hump Day cash.

Brad Keselowski enters Wednesday’s race with the hot hand after his overtime victory in Sunday’s Coca-Cola 600, the longest race in terms of mileage of the entire NASCAR season. Whether Keselowski had the strongest car on Sunday is a whole different discussion. Despite surging to the front and appearing to have the dominant car over the final 40 laps of the race, Chase Elliott pitted from the lead when a late caution flew to send the race into overtime. He would ultimately finish third, but one could argue that he cost himself a chance at victory as a result of the decision.

With Sunday’s win, Keselowski became the fifth driver to reach victory lane in the Cup Series this year. Joey Logano and Denny Hamlin both have two wins while Kevin Harvick and Alex Bowman each have one win apiece. In terms of laps led, Alex Bowman led the field with 164, claiming Stages 1 and 2 in the process. Odds-on favorite Martin Truex Jr. led 87 laps, and pole-sitter Kurt Busch led the first 54 circuits. Elliott (38), Logano (26) and Keselowski (21) were the other drivers to lead double digit laps.

One final thing to note from Sunday that will directly impact the Alsco Uniforms 500 is Jimmie Johnson’s downfall. Despite crossing the finish line with a second-place finish, Johnson’s car failed post-race inspection leading to a disqualification. With NASCAR determining the starting grid in the absence of qualifying by inverting the top-20 from Sunday and holding places 21-40 the same, Johnson will be starting from the back of the field.

Below is an updated list of several notable driver statistics as they stand heading into Wednesday’s race.

*Note: Kyle Larson is currently suspended indefinitely by NASCAR and will not race in the Coca-Cola 600.

(Drivers with 4+ starts at the track)

Charlotte Motor Speedway has been home to two points races (including the Coca-Cola 600) and the NASCAR Cup Series All-Star Race for several years now. The track is an oval shape with a lap length of 1.5 miles. The layout, design and banking at Charlotte are very similar to Atlanta Motor Speedway. However, Charlotte does not cause as much tire wear as Atlanta and is also noted for affording better grip. The regular occurrence of extended green flag runs makes long-run speed paramount to finding success at Charlotte.

Coming into Sunday, Jimmie Johnson had the best average finish among active drivers at Charlotte Motor Speedway. The disqualification result moves him to third behind Logano and Hamlin, the two drivers who already have multiple victories under their belt this season. From a win standpoint, Johnson leads all drivers with 8 at Charlotte, but only one of those has come in the last five seasons (2016 Bank of America 500). Last year’s Coca-Cola 600 winner, Martin Truex Jr., has found success over the past few seasons at Charlotte with two other victories to his name (2016 Coca-Cola 600, 2017 Bank of America 500). One other driver to note is Cup Series rookie Tyler Reddick. He won at Charlotte last year as a member of the XFINITY Series and placed 8th in his Cup debut at the track on Sunday after spending time in the top-5 throughout the race.

Alex Bowman was one of my favorite drivers to back coming into the 2020 season. He has rewarded thus far with a win at Fontana and a runner-up finish in the first race back at Darlington making up half of his four top-15 finishes. Sunday’s 19th place result in the Coca-Cola 600 was very much misrepresentative of the overall race Bowman had. He won both Stages 1 and 2 and led a race-high 164 laps. One benefit from his fade on Sunday is that he will get to start 2nd Wednesday night as a result of the inverted starting order. With the shorter race distance and excellent starting position working in his favor, look for Bowman to control early and often on his way to victory No. 2 of the season Wednesday night.