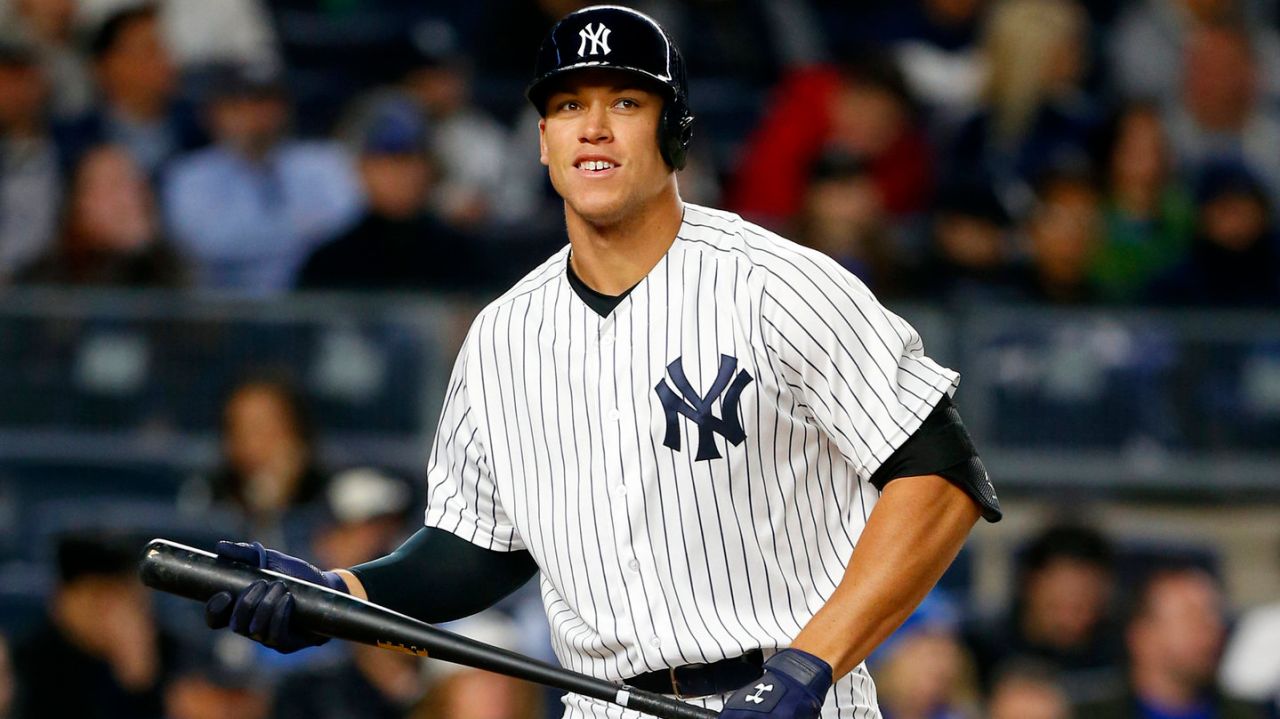 Unsurprisingly, the New York Yankees have returned to the top spot in the rankings. It has been a back-and-forth battle all season long between the Yankees and their AL East rival Boston Red Sox. Both teams have been setting the pace for the rest of the majors as far as offensive production and the win-loss column. It’s anyone’s guess as to who will lead the division when all 162 games have been played, but for now that team is the Yankees, and they also lead our power rankings.

Meanwhile, fan voting for the 2018 MLB All-Star Game is well underway, and a voting update was released by Major League Baseball earlier this week. Mookie Betts led all American League players, having already racked up nearly 750,000 votes. Atlanta Braves first baseman Freddie Freeman paces all National League vote-getters, tallying well over 630.000 votes. Freeman and Betts make up a pool of young talent prepared to join perennial All-Stars like Bryce Harper and Mike Trout on the national scene. With 32 days until the MLB All-Star Game, players have ample opportunity to add to their All-Star résumés.

The Cardinals currently sit six games above 0.500. They have gone 6-6 so far in the month of June (the sixth month of the year). St. Louis also has the sixth fewest runs allowed per game in the majors. The Cardinals are sitting in a pretty decent position right now. As of now, St. Louis is in third place in the NL Central, only 2.5 games behind the second place Cubs, and 1.5 games out of a National League Wild Card spot. They’ll have a chance to gain ground in both races this weekend at home against the Cubs.

The Arizona Diamondbacks had an absolutely abysmal month of May (8-19) after starting the season with a 20-8 record. Since the start of the month of June, the Diamondbacks have won nine out of their last twelve games as they hold a two game lead in the NL West over the Dodgers.  The D-backs owe much of their success to first baseman Paul Goldschmidt, whose bat has finally started to heat up. In his last 15 games, Goldschmidt has been batting 0.433 with 6 homeruns and 15 runs batted in.

We all know how good Max Scherzer has been for the Nationals this season. The thing that has kept the Nationals from breaking out this season hasn’t been their pitching, but the lack of any consistent offense. The Nats are 22nd in team batting average, 15th in runs scored per game, and 12th in homeruns hit. Bryce Harper has 19 homeruns and 43 runs batted in, but is only hitting 0.224. Nationals fans have to believe that that number will soon change for the better.

Nick Markakis is having a career year, and he may finally make it to the All-Star Game in this his 13th year in the league. First baseman Freddie Freeman has not only emerged as a potential All-Star, but as an MVP candidate as well. Freeman is batting 0.344 on the season with 14 homeruns and 48 runs batted in. The Braves will have a chance these next few weeks to expand their lead in the NL East, as their next 12 games are against opponents with losing records.

The Cubs recaptured the NL Central division lead on Monday in a win against the Brewers. Chicago was then subsequently shutout by the Brewers in their next two games, pushing the Cubs back into second place. The Cubs still are one game ahead of the Nationals for the top Wild Card spot in the National League. Jason Heyward’s bat has caught fire recently. In his last 15 games, Heyward is hitting 0.361, has scored 6 runs, and has driven in another 9 runs.

The Brewers became the first National League team to collect their 40th win of the season on Tuesday night. Milwaukee also managed to finally win a series against the Cubs this year, as they now hold a 1.5 game lead in the NL Central. Last weekend in Philadelphia, the Brewers took two out of three games while outscoring the Phillies by a combined score of 27-11. This weekend, the Brewers will host the Philadelphia Phillies in a three game series, hoping to have similar results.

The Mariners are 22-7 since May 14th and have been one of the hottest teams in baseball. Seattle has been on an absolute tear despite their ace starter, Félix Hernández, being off to an uncharacteristically slow start. Hernández has a 6-5 record in 14 starts with a bloated ERA of 5.70. The rest of the pitching staff has picked up the slack, as the Mariners’ 3.86 team ERA is fifth-best in the American League. After sweeping the Angels, the Mariners will now test their mettle against the Red Sox and Yankees this week.

Houston is currently on their longest winning streak of the season, having won their last seven games. Second baseman José Altuve, last year’s American League MVP, hasn’t received as much press as of late as he did last season. Altuve has still been a steadfast presence in Houston’s lineup, hitting 0.336 and scoring 42 runs, acting as an igniter for the Astros. The rest of this month, all of Houston’s opponents will have losing records – a prime opportunity to put Seattle in the rear-view mirror.

Boston continues to roll as they have won eight of their first twelve games in the month of June. Having Mookie Betts back in the lineup re-establishes the Red Sox as the most potent lineup in baseball. J.D. Martinez continues to have a career year. Martinez has hit 22 homeruns this season, second most in the majors behind Mike Trout (23). J.D. also has a 0.313 average and leads all designated hitters in All-Star Game votes. The Red Sox have a tough four-game series in Seattle this weekend, and they’ll need Martinez and Betts to be at their best.

All Rise for Aaron Judge and his bailiff Giancarlo Stanton. Okay, that was kind of lame, I’ll admit. That being said, the pair have combined for 33 homeruns and 81 runs batted in. As a team, the Yankees have the league’s highest-scoring offense (5.48 runs scored per game) and its most powerful (107 homeruns). In the process, New York has won eight of their last eleven games and have, for the moment, retaken the lead in the AL East.

Breaking Down the U.S. Open