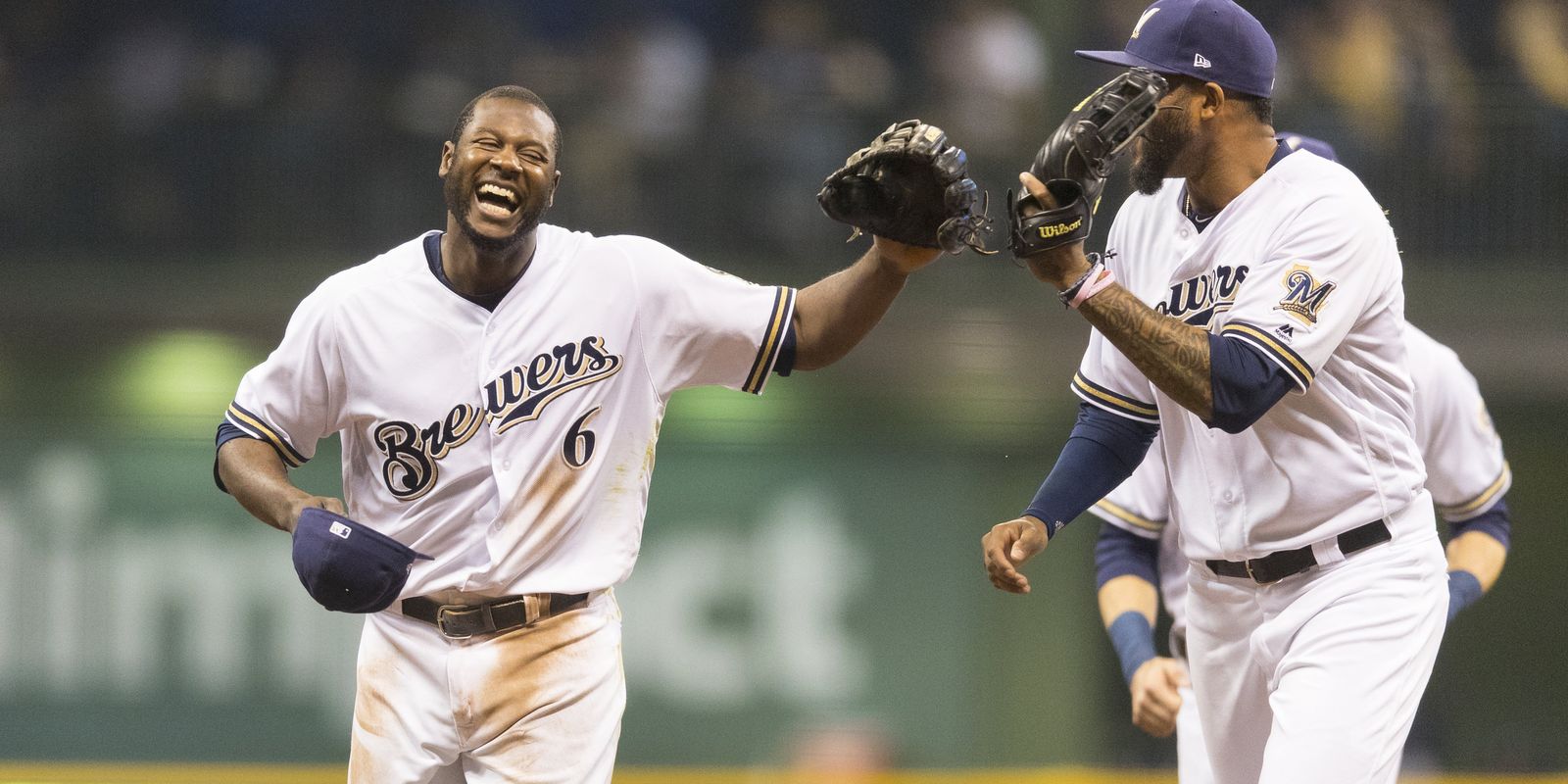 The 2018 MLB season has been a sort of baseball renaissance in the city of Milwaukee. In the first two months of the season, the Brewers raced to their best start in franchise history, winning 31 of their first 50 games. Putting together a winning record through March and April (17-13) as well as through the month of May so far (18-8), the Milwaukee Brewers also find themselves not only in first place within their division, but also at the top of the National League standings.

Newcomers like Lorenzo Cain and Christian Yelich have been a much-needed shot in the arm for a Brewers offense that was near the bottom third in Major League Baseball in run production in 2017. Milwaukee’s team ERA has also improved, largely a reflection of a more consistent starting rotation and a bullpen that has the best collective ERA in all of baseball. The Brewers have displayed great consistency on the mound as well as at the plate during the month of may. If their pitching staff and core position players can stay healthy through the summer, we could be talking about this team deep into the fall.

Meanwhile, division races are heating up in the NL East as well as the AL West, and the Chicago White Sox continue the exercise in futility that has been their 2018 campaign. With that, here are this week’s MLB Power Rankings presented by FlurrySports.

The St. Louis Cardinals currently boast the seventh-best team ERA in the major leagues (3.51). The return of top pitching prospect Alex Reyes to the rotation will only stand to improve that mark. His career statistics through the 2016 season include a 4-1 record with a 1.57 ERA. Having finally fully-recovered from his February 16, 2017 Tommy John surgery, Reyes will look to show why he was so highly touted by scouts. He and the pitching staff will need to carry the load, as the Cardinals roster has been decimated with injuries to important position players.

Good news for the Cubs: starting pitcher Yu Darvish, their big free agent pickup in the offseason, went in to have an MRI on Tuesday and no structural damage was found in his throwing arm. Darvish is reported to have triceps inflammation and is expected to begin a throwing program this weekend. Although he had yet to really get into a groove, Darvish is still a focal point of Chicago’s rotation, and his season can only get better if he’s on the field. Overall, the Cubs have been able to avoid major injuries and stay in the mix in the NL Central.

The Phillies notched their 30th win of the season on Tuesday. Philadelphia didn’t tally their 30th win last season until July 16th after the All-Star Break. Going 5-6 in their last 11 games, however, has led to the Phillies dropping to third place in the NL East behind the Nationals and Braves. Their recent skid is unlikely to last if their pitching staff continues to perform as well as it has this season. The Phillies have a team ERA of 3.35, good for fourth-best in the major leagues.

Atlanta has cooled off a bit in recent weeks, going 6-6 in their last 12 games. Not helping matters is outfielder Ronald Acuña, Jr. landing on the disabled list with a mild ACL sprain in his left knee. An upcoming four-game series with the second place Washington Nationals also looms large in Atlanta. The Braves have hit the skids of late and Washington has looked much like its old self. Momentum is a key factor in the game of baseball, but it would be hard to bet against the young talent in Atlanta being able to weather this storm they’re currently in.

It appears as if the Nationals have finally woken up and have decided to join the NL East race. Washington has won seven out of their last eight games, outscoring their opponents by a margin of 40 to 16 in that span. The Nationals currently have an 18-6 record in the month of May, a stark contrast to the 11-16 mark they posted in April. Interestingly enough, the Nationals have gone 11-1 on the road this month. They will head to Atlanta on 5/31 to start a 4-game series against the first place Braves to challenge their early season supremacy in the division.

Don’t sleep on the Seattle Mariners. Despite the suspension of Robinson Cano and Dee Gordon hitting the disabled list, the Mariners have still managed to win nine out of their last eleven games. Seattle didn’t hesitate to make a move, and ended up trading minor league starting pitchers Andrew Moore and Tommy Romero to the Tampa Bay Rays for veteran outfielder Denard Span and 29 year-old right-handed reliever Alex Colomé. Both players are expected to provide valuable depth to the Mariners, who currently sit one game back from the Astros.

Everything is going right for the Milwaukee Brewers in 2018. Jesús Aguilar has filled in well for the injured Eric Thames, hitting 0.307 in 49 games with 9 homeruns and 30 RBI. Christian Yelich and Lorenzo Cain have a combined for 42 runs batted in with a batting average of 0.294. Milwaukee’s bullpen is also the best in the majors in terms of ERA, as well as the second-best in terms of total strikeouts. The Brewers also currently hold a 4-game lead over the Cubs in the NL Central, a gap that continues to widen with Milwaukee’s solid play.

Let’s talk about how ridiculously good Justin Verlander is. The 35 year-old right-hander has shown absolutely no signs of slowing down. In 12 starts in 2018, Verlander is 7-2 with 98 strikeouts and a 1.11 ERA that leads the major leagues. He also is the ace in an Astros starting rotation that has a collective ERA of 2.48. Verlander expressed earlier this week that he would like to pitch until he is 45 years-old. At this rate, it doesn’t seem like there is any reason he shouldn’t be able to do so, barring major injury.

The red-hot Yankees seem to be cooling off a little bit, having lost four out of their last seven games. Their record for the month of May, however, is still at an ideal 16-7 as they are well within striking distance of Boston in the AL East. Other than Luis Severino, the Yankees starting rotation hasn’t been pulling their weight lately. An upcoming series with the Baltimore Orioles will give New York ample opportunity to return to their winning ways.

From 2017 to 2018, there has been one thing that has most fundamentally improved Boston: Power. Last season, Boston hit only 168 homeruns in 162 regular season games, by far the fewest in the American League. This year they have hit the second most homeruns in baseball, currently on pace to finish the regular season with 235 homeruns. A major contributor to that total has been free agent acquisition J.D. Martinez, who leads the MLB with 18 homeruns. Mookie Betts has chipped in 17 bombs of his own, as well.

How the Timberwolves Can Move Forward