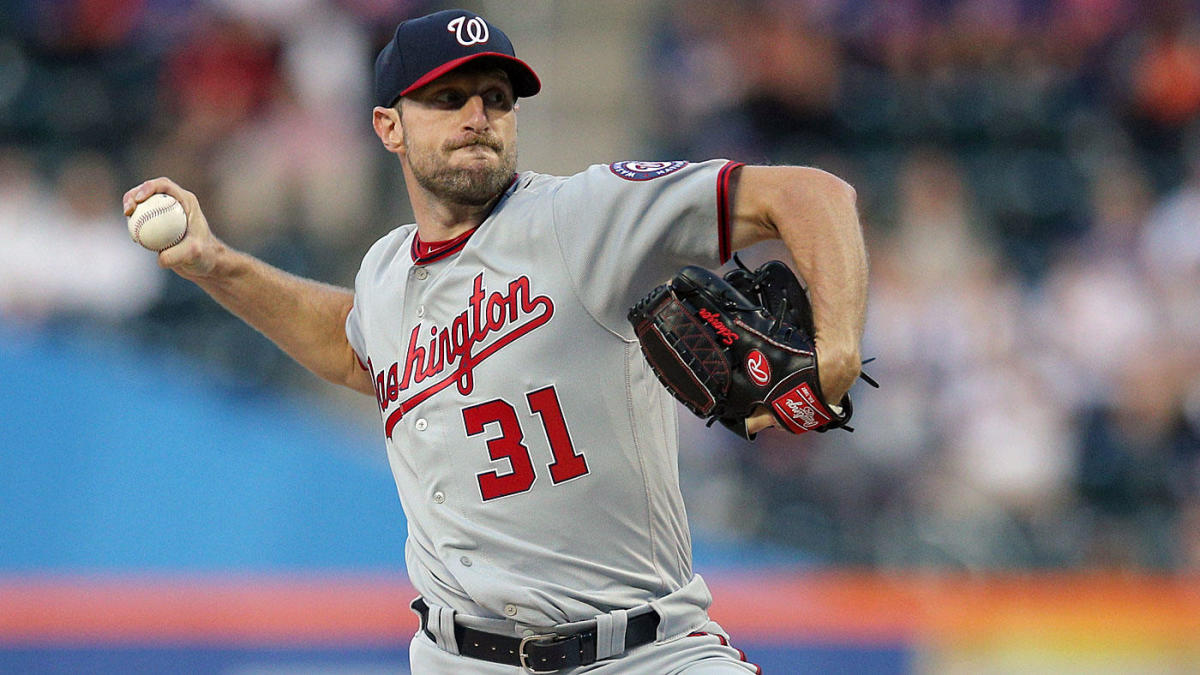 “Mad Max” gets an amazing matchup with the Marlins, where he will look to have a much better performance than the last time he faced them. Scherzer will see eight RHH, where his numbers are elite. He has a .127 ISO, 38.7% K rate, 45% GB rate and only 33.6% HC. Miami hits 53% GB and struggles to hit the ball hard, which is great for the pitcher. He uses his fastball and slider the most, mixing in his curve and change, which he actually uses as a GB pitch to righties. The curve is getting high whiffs, with the slider and fastball getting around 25-30% whiffs. Given his recent form and amazing matchup, Scherzer is well worth the money.

If yesterday’s game showed us anything, then we should be taking a hard look at Bumgarner today. Trevor Story remains out, leaving just Arenado and Desmond as the power righties. Madison has a 10% dip in his K rate to RHH, and gives up more HC, but outside of those two names above, this lineup just can not hit LHP. He also gets the advantage of pitching at home, in a very friendly ball park. Bumgarner is fastball, cutter heavy, mixing in the curve and change. The cutter and fastball are both getting more GB compared to last year, with the cutter getting more whiffs as well. That pitch has seen a recent spike in velocity, over three MPH, along with a movement increase. These are trends you want to look for when choosing a pitcher. At his price, he allows you to get some better bats, and should be able to put up 40 points himself.

This is a play that I will have a good bit of interest in. Oakland will roll out seven righties, which benefits Jake quite a bit. Against RHH, he has a .156 ISO, 31.8% K rate, 44.4% GB rate, and only 33.3% HC. It is very likely that Matt Olson hits a home run here, but the RHH they have do tend to strike out a good bit and hit some GB. Flaherty uses his fastball and slider the most, with a sinker for GB. The slider gets good whiffs (50%) and around 50% GB, but gives up some ISO. Luckily for him, this team doesn’t hit the slider very well. He is an excellent play to load up on those Yankees and Phillies today.

The last arm I will mention today is Arrieta. His numbers against RHH are very good. He manages the contact well — 60.7% GB, 35% HC, and a .110 ISO. He has a solid HR/9 and the only major threat is Conforto. Arrieta throws a lot of sinkers, mixing in his curve, change and slider. All three of those pitches have saw a major increase in whiffs compared to last year, which would explain the 22% K rate to RHH. The slider has increased in movement by around two inches, and this entire Mets lineup simply can not hit sinkers. He is one of the safest plays on the board and will go very overlooked.

NYY – Clayton Richard is not a good pitcher. He is giving up a big ISO to RHH, high HC, while still getting a good bit of GB. The problem is when the ball goes in the air, it usually is a home run, or XBH. He is sinker-heavy, using that and the slider as his primary pitches. I will look to attack him with guys who hit those pitches well. Luke Voit is my top choice, especially with his elite numbers against LHP. Followed by Gary Sanchez, Stanton, Torres and Judge.

PHI – In a small sample, Lockett was awful. In a slightly larger sample from last year, he was not any better. Giving up power to both sides of the plate and still getting good GB, it’s a similar situation that Richard is in; the ball goes in the air, it’s a home run or XBH. The velocity is down on his fastball, which is a bad sign. I like Jay Bruce a lot, followed by Hoskins, Bryce and Kingery.

CLE – In a juicy matchup with Sparkleman, he is giving up a ton of FB and HC to LHH. We all know the Indians are filled with lefties who can put the ball in the air. He is fastball-heavy, mixing in the curve and change. The fastball is getting destroyed, giving up 33% FB and a big ISO. I like Cleveland in this order: Kipnis, J Ram, Lindor and Bobby Bradley, if you do not know about him, I think after today you will.

Gem of the Day – Bumgarner