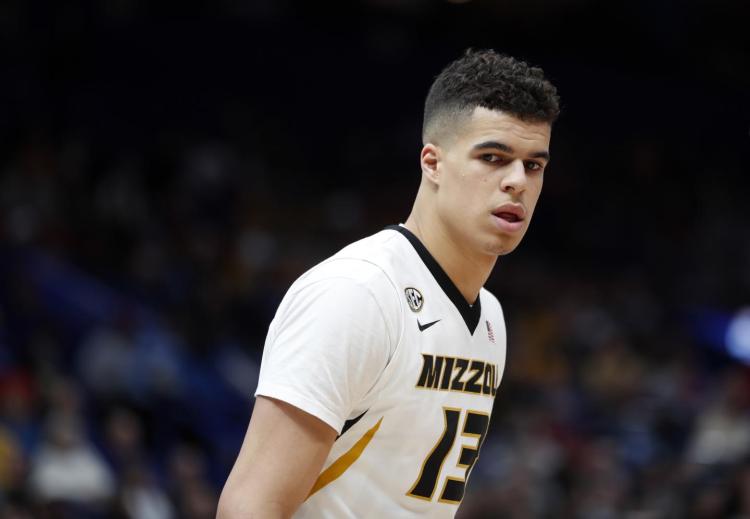 Going into this year of college basketball, Michael Porter Jr. had it all; top high school prospect, expectations to be one of the college game’s best players, and was already garnering the attention of NBA fans as a top- 5 draft pick. However, in just his first two minutes of college basketball, Michael Porter Jr. sustained an injury that would eventually require spinal surgery to repair the L3-L4 spinal discs. The injury was thought to be season ending.

Fast forward to the SEC tournament, and who is up and ready to go? That’s right, Michael Porter Jr., ready to give it all to prove he can still play in college AND in the NBA. In his first full game on March 6th, he put up 12 points and 8 rebounds on 5-17 shooting in 23 minutes. Not a terrible first game for someone who hadn’t played meaningful basketball since November 10th. Michael Porter Jr. would continue on to have another decent game in his first March Madness appearance against Florida State, where he posted 16 points, 10 rebounds, and 3 steals.

Everything seems like it’s going great, so why shouldn’t this kid try his luck and get drafted to an NBA team?

Michael Porter Jr. shouldn’t move on to the NBA for two major reasons; he has struggled to understand the speed and flow of the games he has played in and he needs more time to learn to trust his body again.

In Missouri’s first round game against Florida State, many would see Michael Porter Jr.’s statline of 16 points, 10 rebounds, and 3 steals and stop there, having already decided that those numbers are worthy of a top NBA prospect. However, Porter Jr. looked exhausted, too slow for the game, and even unmotivated at times. The second half of the Florida State game exposed Michael Porter’s conditioning as being very lacking. This is a facet of Porter Jr.’s game I can’t fault him for, as it is difficult to exercise when one has spinal disc repair surgery.

However, the larger issues for me were two back-to-back sequences that occurred in the game. Porter Jr. had just grabbed a rebound and was stuck in the corner. Rather than using his size, strength, or patience to clear a defender away, Porter Jr. ‘threw’ a pass that was easily stolen and put in for an easy two points for the Seminoles. The next Missouri possession, Michael Porter Jr. could be seen in the corner with his hands on his hips while his teammates executed pick and rolls, screens, and entry passes to the post. Porter Jr. didn’t touch the ball during the possession. Even one of the announcers noted his fatigued demeanor and suggested that he needed to be taken out of the game.

I believe that the sloppy and hesitant play of Porter Jr. stems from the second reason he should not enter the NBA; he needs to learn to trust his body again. Michael Porter Jr. is coming off of a surgery that many people would never fully recover from, much less play high-level competitive basketball. He needs to spend another year in college to not only learn the speed of the game, but also to learn to trust his body again. As of right now, it is my belief that Michael Porter Jr. would NOT be willing to dive on the floor for a loose ball. And why should he if the voice in the back of his head thinks it may be the last thing he does on a basketball court?

Michael Porter Jr. was asked after the game about the decision to stay in college or move on to the NBA. He said that a return to Missouri next year is “definitely not out of the question.” Don’t get me wrong, I really like the talent and potential Porter Jr. has (we even share the same name!) However, I strongly suggest that he remains in college one more year to get in shape, relearn the speed and flow of the game, and to learn to trust his body again.