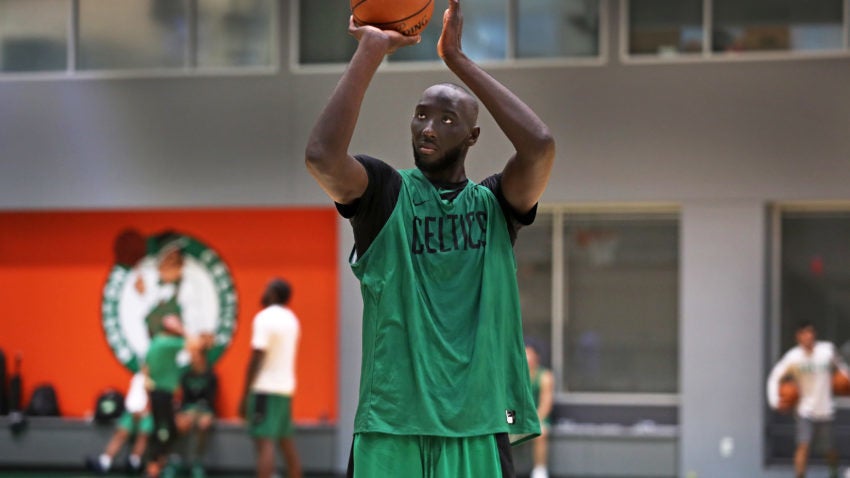 If I told you that a player was receiving standing ovations when he entered NBA Summer League games, who would you guess I was referring to? Zion Williamson? RJ Barrett? No, the clear fan favorite in the Summer League is an undrafted center from the University of Central Florida; Tacko Fall.

Many were first introduced to Fall during his senior season at UCF, when Fall’s Knights took on the Duke Blue Devils. Everyone was enamored with his 7’6″ height and eight foot wingspan. Perhaps the most impressive physical measurement of Fall’s is his 10’2″ standing reach. That’s right, Tacko Fall can reach two inches above the rim without even jumping. Fall is one of the 40 tallest people on planet Earth, which helps make dunks look like child’s play…

In the Boston Celtics’ game against the Cleveland Cavaliers, Fall went a perfect 5/5 from the field (12 points) and grabbed two rebounds in just 11 minutes of play. Against the Denver Nuggets, he went 2/4 from the field for four points.

Not only is Tacko Fall a physical anomaly, he is also extremely intelligent. When he arrived in the United States, Fall learned English in just eight months and scored in the 95th percentile on his SAT scores. Fall also graduated from UCF with a 4.0 GPA and a degree in computer science.

You can watch Tacko Fall and the Boston Celtics take on the Memphis Grizzlies Thursday night at 10:30 p.m. ET.