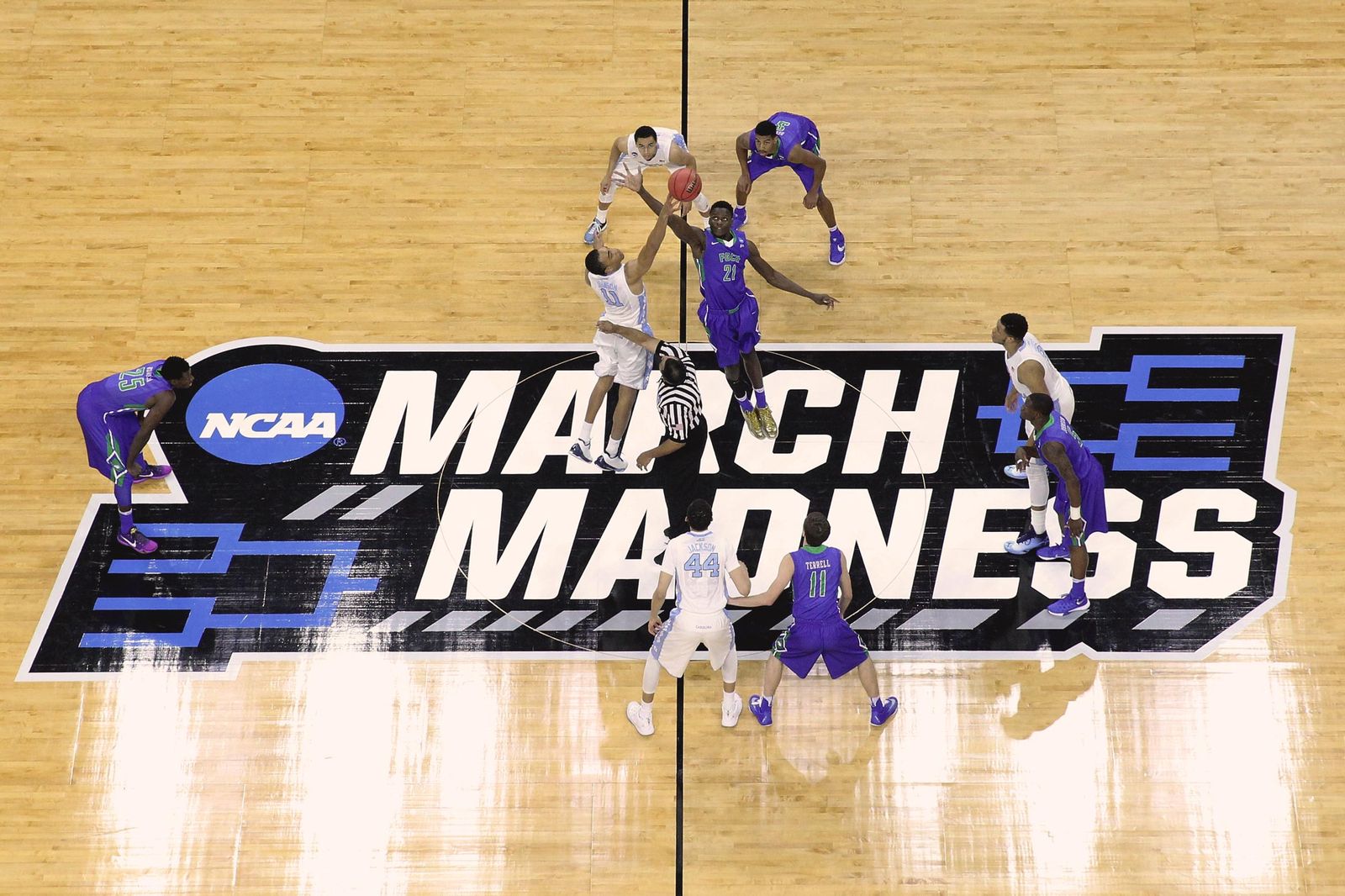 Selection Sunday is only a few weeks away for all college hoop fans across the country.  It’s one of the most exciting events in all of sports, seeing where each team will get seeded, then ultimately filling out a bracket. This past Sunday, the selection committee gave us a preview of the bracket, putting together the top 16 teams in one bracket.  There is definitely going to be some shaking up of the seeds within these next few weeks, but we’ll take a look at each region, who comes out of each region, and who would be the national champion, at this moment.

Virginia comes in as the current overall number one seed, despite falling to Virginia Tech this past Saturday.  The Cavaliers would play a talented Tennessee team, who can score in many ways with Grant Williams, Lamonte Turner, and Jordan Bowden.  This would be a tough task for Virginia, but they would ultimately advance.  Cincinnati versus Michigan State would be a thriller, as both teams have been playing great basketball as of late.  Michigan State is one of the deepest teams in the country, led by Miles Bridges.  The Bearcats could definitely win this game with Gary Clark and company, but Michigan State ends up sneaking out a win.  This would lead to another Virginia versus Michigan State tournament game.  Both teams could very well meet in the Final Four, but in this game, I would lean with the Spartans and their offensive firepower being a little too much for Virginia to keep pace with.

Spartans come out of this region.

This region would be awesome if it played out like this in a few weeks, as all four of these teams are Final Four caliber.  Purdue is one of the most experienced teams in the country, with solid, veteran guards and their stud big man Isaac Haas.  They would play an Arizona team, who on paper is as good as any team in America.  Sometimes the results don’t always show, but Alonzo Trier and DeAndre Ayton can lead this team far into the tournament.  Purdue has been a more consistent, gritty team all year and would end up defeating the Wildcats in a great game.  Kansas versus North Carolina would be the ultimate blue-blood tournament game.  Both teams have experienced guards, with Devonte Graham from Kansas and Joel Berry from North Carolina.  Essentially this is a coin flip game, but we’ll go with the Jayhawks here with Svi Mykhailiuk being the difference on the offensive side.  That sets up a Kansas against Purdue Elite Eight matchup, with two of the toughest teams in the Country.

Haas would be the difference in this game, and the Boilermakers would be headed to the Final Four.

What could be viewed as the weakest region on paper, the Midwest offers a great amount of intrigue and mystery.  Teams like Auburn and Clemson aren’t used to being in the tournament, let alone being ranked as high as two and three.  Oklahoma is slumping, despite having arguably the best player in the country in Trae Young.  The Sooners rely heavily on Young, and when Young struggles, so does the rest of the team.  Xavier has had a great year, led by their outstanding guard Trevon Bluiett.  The Muskateers only have three losses on the season and have found ways to close out tough, hard-fought games.  If they went against Oklahoma, I see their toughness being the difference and their ability to slow down Trae Young and that Sooners offense.  Clemson versus Auburn is a tough one to pick, because of the lack of tournament experience from both teams.  I think the shooting of Clemson with Gabe DeVoe and Shelton Mitchell would be too much for Bruce Pearl and Auburn.  That would then set up a date with Xavier in the Elite Eight, where I see Xavier still being too tough to overcome.

Muskateers win and advance out of this region.

The East Region features a great amount of offensive firepower.  Villanova once again is having a terrific year under Jay Wright.  Jalen Brunson is one of the best point guards in the nation, and he could lead his team to another national championship.  This team would have to face the Buckeyes of Ohio State, who also have a superstar, in Keita Bates Diop.  He has led this team to some huge wins over Michigan State and Purdue, which was on the road at West Lafayette.  Villanova would have their hands full for this game, but I think Brunson and Mikal Bridges would be too good for the Buckeyes to handle all game.  That leaves a Duke versus Texas Tech matchup, where Duke would be the favorite in this game.  As talented as they are, the Blue Devils have had their struggles defensively.  Texas Tech could take major advantage of that, with their explosive offense, led by Keenan Evans.  In the end though, I think Duke would be too much and would then play Villanova.  What a game this would be if it really happened.  Both teams have great guards, but the difference would be Marvin Bagley.  He’d by too much for this Wildcat team to stop.

The Blue Devils would once again head to the Final Four.

The last four teams standing all have a great shot to cut down the nets in April.  Purdue and Michigan State would battle it out once again to move on to the national championship.  This might be the toughest game to pick yet.  Both of these teams are so evenly matched, as it showed in last week’s nail biter in East Lansing.  Purdue is such a veteran, experienced team with great shooting and defense.  The same goes for Michigan State, who is a little younger, but in my opinion is the deepest team in the country.  Miles Bridges was the difference last game when they played, and he would be once again in this matchup against Purdue.  Sparty then awaits the winner of Duke versus Xavier.

I love Blueitt and feel he is good enough to take this team to the title game, but Duke would be too much.  Not just Bagley, but the stud guards in Grayson Allen, Trevon Duval, and Gary Trent Jr.  All of them will be playing even better basketball in late March, and they’ll be able to move on past Xavier.  That leaves a Michigan State versus Duke title game.

There’s not too much more to say about these teams and how good they are.  Bridges came back to school to win a national title, and this would be his chance.  But, the late commitment of Bagley changed everything for this Duke team and made them even better than they were going to be already.  Bagley plays like a superstar, Grayson Allen shines in another title game, and Duke comes away with a national championship…for now!