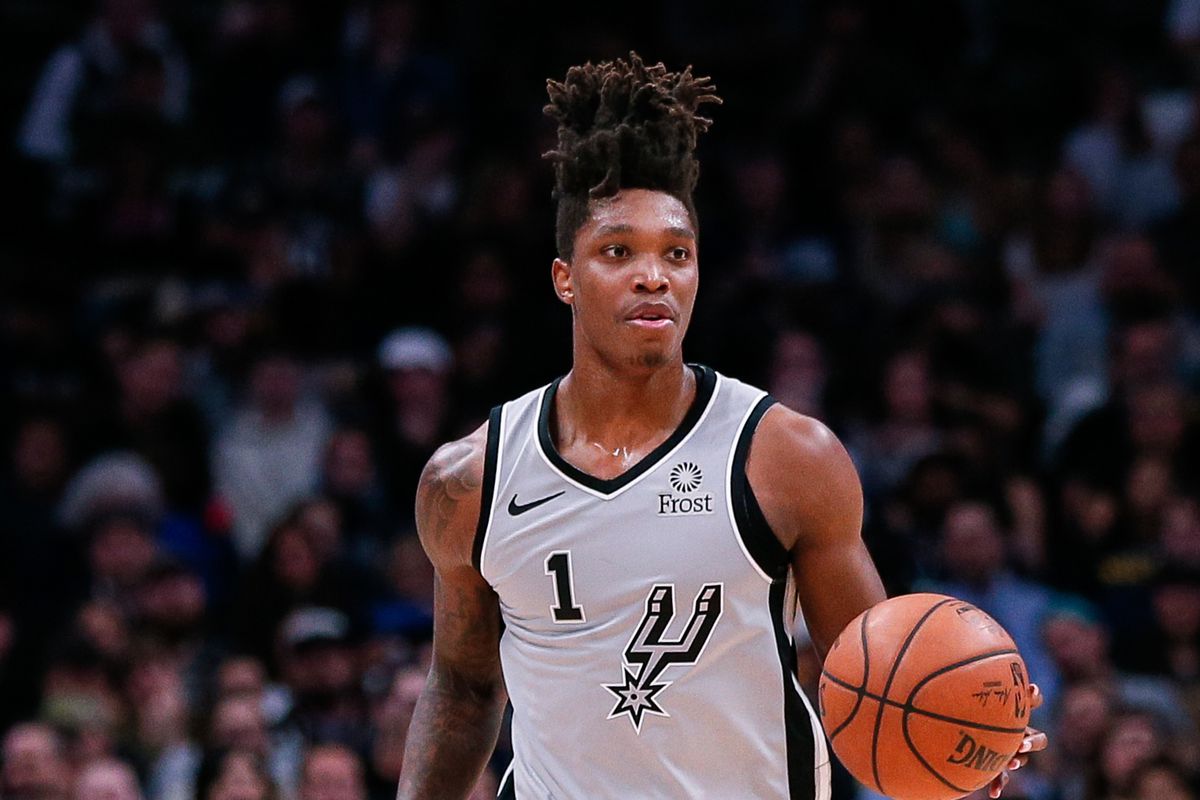 Walker had a big night in the Summer League opener, putting up 20 points and seven rebounds, helping lead the Spurs to a victory over the Cavs. He had every aspect of his game working tonight. Walker showed the athleticism and ability to finish at the rim that seduced the Spurs into using the 18th overall pick in last year’s draft on him.

More impressively, he showcased a new and improved pull-up jumper that could take his game to the next level this season.

At 6’5″, Walker is a smooth athlete on the wing, but he needs to make the jump from athlete to basketball player in his second season in the NBA. His jump shot needed fine tuning, and it looks like he has spent some time in the lab ironing out the kinks in his jumper.

The Cavs played short-handed in their Summer League opener, with fifth overall pick Darius Garland and 30th overall pick Kevin Porter Jr. sitting out. The scoring burden for the Cavs fell on the shoulders 26th overall pick Dylan Windler, and the rookie from Belmont did not disappoint.

Windler put up 19 points on 8/14 shooting, including 3/8 from three-point range, highlighted by this deep three that got the 6’8″ wing drafted in the first round.

Luka Samanic, the 19th overall draft pick by the Spurs, had a mixed performance, going 4/7 from the field, including hitting his only three-point attempt of the night, and pulling down seven rebounds.

Keldon Johnson, the 29th overall pick for the Spurs in the draft, also made his debut, but it’s a start he would probably rather forget. The 6’6″ wing out of Kentucky only contributed four points in 19 minutes, with a meager two rebounds. It was hard to find him on the court at times.

Dean Wade, who went undrafted out of Kansas State after battling foot injuries his junior and senior years, put together a solid game for the Cavs and looks like he could be a potential steal. Wade showed the overall game that made him a first-team All-Big 12 performer, putting up 14 points on 6/13 shooting, six rebounds, two assists and no turnovers. Wade is a player to keep your eye on this summer. If he can stay healthy, he has an NBA skill set.