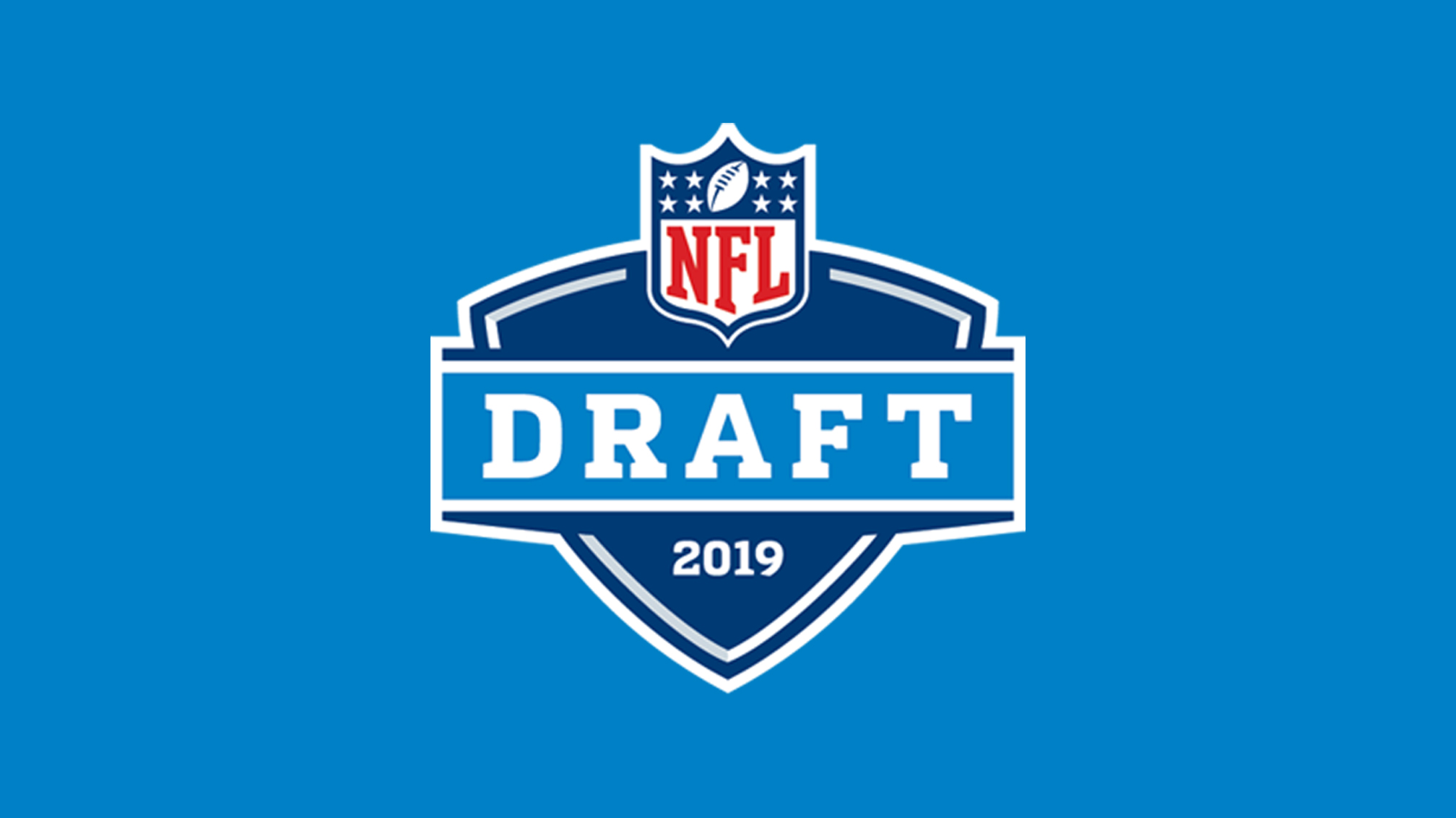 It’s officially draft night in the NFL! Follow along with up to date news from the first from of the 2019 NFL Draft!

We will be posting all of the selections and trades immediately as they happen, then follow it up with analysis on each of these picks. Keep this page up and continue to hit the refresh button to follow along live!

The 2019 Heisman Award winner Kyler Murray only stands at 5′ 10″, but with comparisons to Michael Vick and Russell Wilson, he’s in very elite company. Murray is the consensus number one quarterback in this year’s draft and the Cardinals have taken him at number one overall. Now, the biggest question is what do the Cardinals do with 2018 ninth overall pick Josh Rosen, and with teams like the New York Giants, Washington Redskins and Los Angeles Chargers reportedly calling for Rosen, the Cardinals have plenty of options.

Nick Bosa stands at 6′ 4″ and is the best EDGE rusher in this year’s draft, and the San Francisco 49ers needed outside help. They added Dee Ford from the Kansas City Chiefs, but with the Cardinals taking Kyler at one and the Seahawks having Russell Wilson, both quarterbacks that can scramble, a star on the outside on the defensive side is what you must have. Also, Bosa is the third guy in his family to go in the first round. So there’s that.

The New York Jets decided not to trade the third overall pick, and with that pick, they took Alabama interior defensive lineman Williams. Williams is the safest player in this draft. He will have an instant impact for the Jets and will make opposing quarterbacks’ lives hell for many seasons to come.

The Oakland Raiders have done it again. Many thought that the Raiders’ change in regime would lead to better picks, but they have once again proven that they don’t know what they are doing. They took a player out of Clemson in Clelin Ferrell at number four. Most draft analysts, including myself, had him in the mid teens high twenties. Ferrell is no doubt a great player, but there were better EDGE rushers in this draft still on the board. Maybe the Raiders want to add some high character players to their roster, and Ferrell is definitely a high character player.

The Tampa Bay Buccaneers got very lucky in this year’s draft. Many of the players they thought weren’t going to be available were. They needed defensive help and they got just that in linebacker Devin White. He’s better than Kwon Alexander, who the Bucs lost in free agency to the 49ers this year. They needed to replace Alexander and they did just that.

The New York Giants have taken Quarterback Daniel Jones. Giants GM Dave Gettleman is the best GM for the other teams in the NFC East. Jones is a very good player, don’t get me wrong, the Giants also have a pick at 17, and could have very easily gotten him there. The Giants need defensive help, and there are plenty of good defensive players on the board still. Regardless, Jones is the heir-apparent to the Eli Manning throne.

The Jaguars have taken EDGE Josh Allen. Allen won just about every defensive award in the college football last season, and because of this is a very good pick. However, Jacksonville needed offensive line help more than defensive help, and there are plenty of offensive linemen in this draft, but getting the best one available is the more important than waiting for one in the second. But Allen will be a force for years to come, and this is a good pick by the Jaguars.

T.J. Hockenson is the best tight end in the NFL Draft, and may even be the best pass catcher in the Draft altogether. Hockenson will be a Pro-Bowler in Detroit. Matt Stafford needed targets and they got him a great one. Plus, Hockenson can run block better than some tackles in the NFL. This is a great pick.

The Pittsburgh Steelers made this trade to take LB Devin Bush. The Steelers have found their replacement for Ryan Shazier, and this is a great pick. They needed a guy in the middle of their defense. Devin Bush will be a Pro-Bowler for years to come in the black and yellow.

The Cincinnati Bengals have taken the best offensive lineman in this year’s draft. He was the guy that was responsible for keeping Tua safe, and he did a great job. The Bengals can keep Dalton, and whoever takes over for him, safe for years to come.

The Green Bay Packers have taken defensive lineman Rashan Gary from Michigan. Gary made college quarterbacks’ hard on Saturdays, and now he’ll be harassing Stafford, Cousins, and Trubisky on Sundays. Gary may not have a huge impact right off, but he can be molded into a star. There were better linemen in this draft on the board, but Gary is a good fit in Green Bay.

Christian Wilkins is a leader and a great defensive lineman. Miami needed both. He has the ability to get after quarterbacks and stop the run. Wilkins is a great addition to this defense that lost a lot of players in free agency.

Atlanta needed to keep their franchise quarterback safe and help get their run game started, and they get someone who can do just that with Chris Lindstrom. Lindstrom can play almost anywhere on the offensive line, and he will be a Pro-Bowler and ten-year starter.

The Washington Redskins didn’t have to do anything to get the second best quarterback in this draft. Everyone thought division rival New York Giants was going to take Haskins at six, and they messed that pick up. Washington got lucky. With Smith not likely to ever play again after his devastating injury last season, Haskins should be the day one starter.

The Carolina Panthers needed help getting after the quarterback and stopping the run, so they took Brian Burns out of Florida State. He can do both, and he will make an instant impact. The Panthers get younger at a position they needed to. Brees, Ryan, whoever starts in Tampa Bay need to be worried.

The Clemson three are gone as the New York Giants took Dexter Lawrence at seventeen. This, just like the Daniel Jones pick, is a major reach though. Lawrence is good, but the value is bad. The Giants first round, as it stands now, is not a good one, years from now it may be different, but so far, I’m not impressed.

Jeffery Simmons will miss most of the 2019 season due to an ACL injury in January. With that being said, he is a top-10 player in this year’s draft, and Simmons will make a huge impact once he’s healthy. He’s going to be a force for years to come in this system for years.

Grade: B – due to injury

The Broncos are getting Joe Flacco a great weapon in tight end Fant. This guy is a playmaker, a few years from now he may be the best tight end in the NFL. Denver got this pick right, and can still get Drew Lock in the second round.

Green Bay lost Haha Clinton-Dix last season, and they just got a better safety in Darnell Savage. Sure, the Packers needed to get someone to keep Aaron Rodgers safe, but there is plenty of value to be had tomorrow.

Philadelphia to keep Carson Wentz upright, so they moved ahead of the Houston Texans to take Andre Dillard. With Dillard being a left tackle, this move shows they are preparing for the end of the Jason Peters era.

The Houston Texans really wanted Andre Dillard, and the Eagles knew that, so they jumped them to take him. The Texans had to take the next best left tackle, however, he is a second round player, and they probably could have gotten him there, but they felt they needed to make this move. But Howard is a developmental player, which is usually a second round pick. They need to keep quarterback Deshaun Watson safe.

Grade: C- due to reach

Marshawn Lynch retires, enter Josh Jacobs. Jacobs is the best running back in this draft, and he is going to give AFC West defenses headaches for years. And unless you count quarterbacks as skill positions, he is the first skill position player off the board, at 24. The Raiders have one more pick in this round, and they only need to draft a cornerback to absolutely kill this draft, and every corner is still on the board. So, if they make a good pick at 27, they can go from worst to first in the AFC West.

Why was Kyler Murray a Heisman winner? Well, his athleticism helped a lot, but Marquise “Hollywood” Brown was a huge reason. The Sooners offense lived off of Brown, and that showed when he got injured late in the season. The Ravens got Lamar Jackson a great weapon for him to throw to for years.

Montez Sweat was dominant in college, but a heart issue pushed him down the board, and Washington traded up to get him. Sweat was a top ten value, and the Redskins just took him at twenty-six. This has been a good draft for the Redskins. Haskins at fifteen and now Sweat– that’s two top ten values outside of the top ten.

The Raiders have killed this draft. They just took Johnathan Abram at twenty-seven. They needed to take a safety, because they do not like Karl Joseph and wanted to replace him. Abram can make an instant impact. Injuries are a concern though.

Jerry Tillery is a run stopper, and the Chargers got ran all over in the playoff game against the Patriots. Tillery can break double teams. His speed is a concern though, so getting after the quarterback is a very small concern, because his strength and ability to move offensive lineman is second to none.

L.J. Collier is a big EDGE rusher, and Seattle did just trade Frank Clark to the Chiefs for this pick. Collier isn’t a very athletic guy, but his strength is great. He doesn’t have a very high ceiling, and there were better players at other positions on the board that they could have taken.

The Giants finally hit on a pick. They needed every position they took tonight, but they took all of them too early. Greedy Williams and Byron Murphy are both better corners, but Deandre Baker isn’t a bad option, and his physical nature fits what they want too.

The Falcons traded back up to take another offensive lineman in Kaleb McGary. Their offensive line is set for years to come, and their and running game is too.

N’Keal Harry is one of the fastest wide receiver in this year’s draft, and it makes since with who they tried to grab in free agency, Sterling Shephard, Adam Humprhies, and Odell Beckham Jr. Harry can be as good or better than any of those guys.