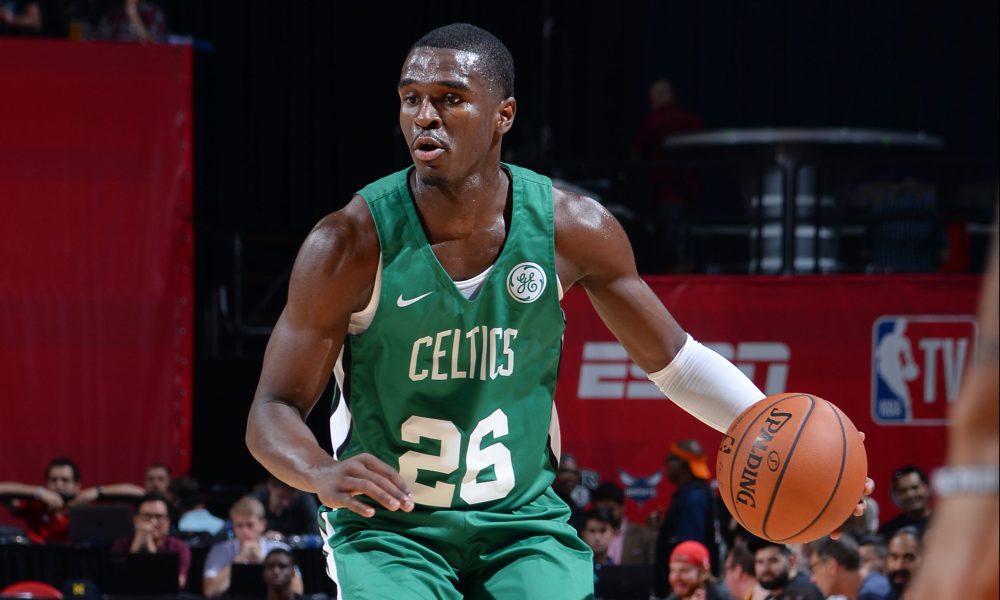 Kevin Knox was compared to Jayson Tatum during the Knicks Thursday night game against the Celtics. However, in this game the only attributes Knox had that were comparable with Tatum was that they both have two arms, two legs, and a head on their shoulder. Knox finished with 15 points on Thursday night but shot just 5-15 from the field and 2-7 from three-point range. The Knicks only lost 82-75, but Kevin Knox still recorded a +/- of -12 while on the court.

Knox’s poor performance was masked by fellow rookie, and 36th overall pick in the 2018 Draft, Mitchell Robinson from Western Kentucky. Robinson scored 17 points on 8-10 from the field and notched a double-double by snagging 12 rebounds as well. Robinson also made the most of his 7’1” height and 7’4” wingspan by recording an impressive 6 blocks and 3 steals on the defensive side of the ball.

Jabari Bird has a chance to earn himself a pretty sweet payday. The RFA has been playing surprisingly well in Summer League. On Thursday, he scored 13 points on 6-11 from the field, including a very acrobatic layup in semi-transition. Bird’s game revolves around his great leaping ability and four of his ten rebounds were on the offensive end. Half of them were tip-ins over the frontcourt players of the Knicks.

Jabari Bird has made a name for himself in the Summer League !pic.twitter.com/cflYWCxJ16

Semi Ojeleye was clearly given the green light for Boston, as he went 8-16 from the field and 4-9 from three-point range. Ojeleye struggled his rookie year on the offensive side of the ball, and it is clear that the Celtics are trying to force him to take shots to become comfortable with the three ball. If Ojeleye can develop that three-point shot, he will be a valuable 3-and-D player for the Celtics to turn to off the bench.