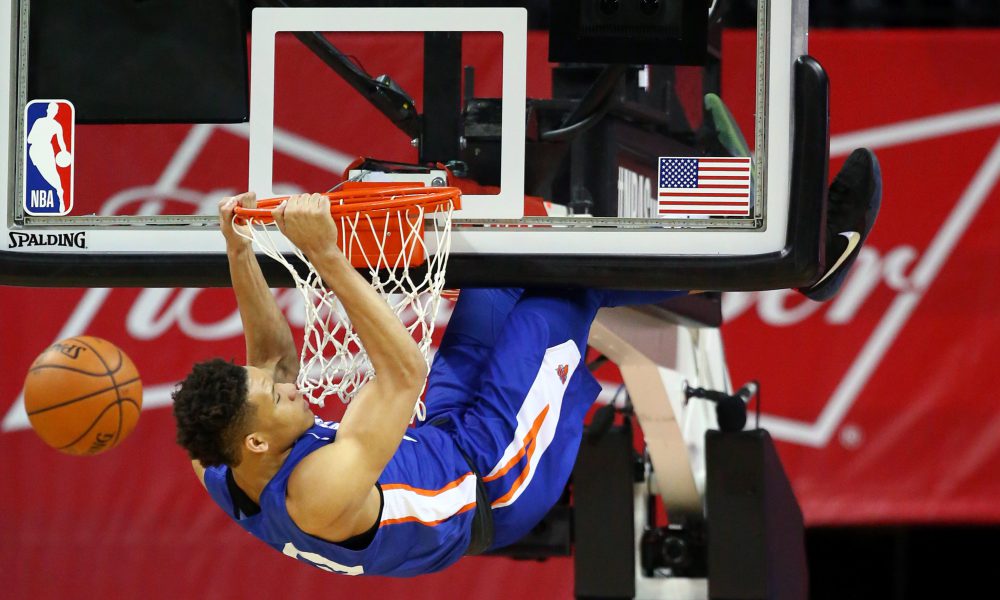 
Kevin Knox wasn’t kidding when he said that he would use the boos he got on draft night as motivation. Knox put in another solid performance in the NBA Summer League. This time, he went for 19 points and 5 rebounds. Obviously, those numbers are fine, but the one thing Knox needs to improve is his overall shooting percentage, as those 19 points came on just 5-15 shooting, which will not cut it at the next level.

Amazingly, three other Knicks ended the night in double figures; Mitchell Robinson put up 12 points and 11 rebounds, Allonzo Trier scored 15, and Frank Ntilikina had 17 and 6 assists. Unfortunately, all of these great efforts were in a game that ended in a 90- 85 Knick defeat.

Diamond in the Rough


The Utah Jazz are hoping they found a bit of a diamond in the rough with this Maryland product from Milwaukee, WI. Stone was drafted by the Clippers, but has not had much more value other than a player to match salaries with, as he was dealt to Atlanta and is now with the Utah Jazz for Summer League after playing in the G-League last season.

Diamond Stone WHAT A BLOCK pic.twitter.com/bJDApj9QrK

Stone is a young 21 years old, but in the 21 minutes he played, he had 14 points (5-9) and had a HUGE block in the 3rd quarter. Personally, it has been interesting to watch Diamond Stone’s career, as he played in the same high school conference that I did, so we had to somehow guard this 6’11” center twice a year for four years. He is raw, but if/when he pulls all the pieces together, he could be a borderline starter in the NBA.