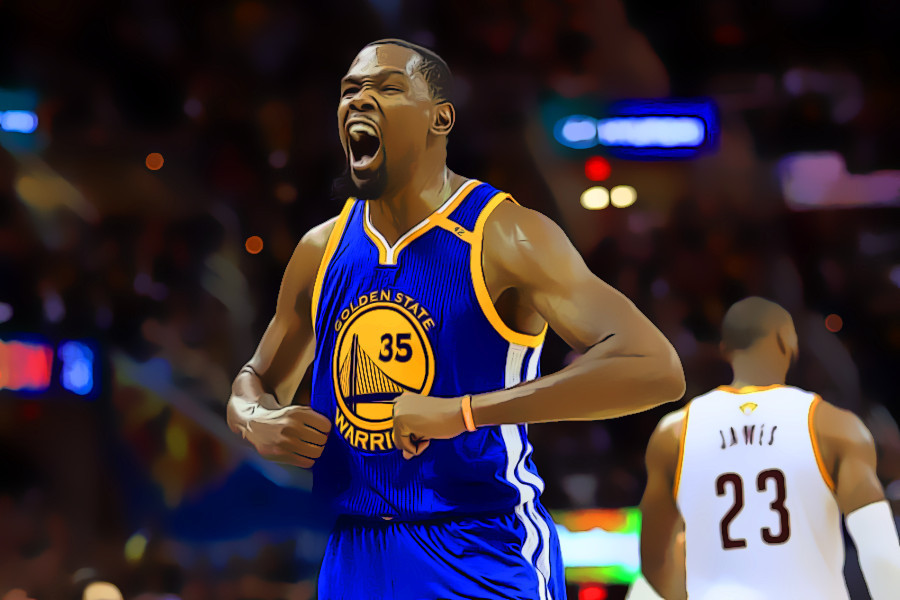 Kevin Durant’s Move to Golden State Was For The Best

Kevin Durant’s Move to Golden State Was For The Best

Ever since Kevin Durant left Oklahoma City in 2016, he has accomplished a lot. Since leaving the Thunder, he has won more games and won two NBA championships.

Many people from the media and NBA fans did not like Durant moving to Golden State at all. He is known as a “snake” because of his move to the Golden State Warriors. The Warriors defeated Durant and the Thunder in the 2016 Western Conference Finals.

Durant is not a snake and he did not betray anybody. He participates in a professional sports league where player mobility is recognized. It’s great that Durant had the opportunity to leave OKC when he had the chance.

When a professional athlete moves from one franchise to another, that makes the player more popular to some and more hated by others. The fact that Durant made people hate him by signing a contract with a different NBA team and not literally hurting anyone physically or verbally has only made him a stronger player and a player that people should actually respect.

Best Decision for His Future

According to Spotrac, Kevin Durant is going to make $30 million next season. Durant has been paid more money in a season in Golden State than he got paid in Oklahoma City. If you have ever seen an interview that Durant’s mom, Wanda, has been involved of, you can see she is a strong women. All she did, when Durant was a child, was teach him how to be a strong person mentally. She also taught him how he should do what makes him happy. She also taught him not to let other people influence him to do something that does not make him happy.

Put yourself in Kevin Durant’s situation. There is no way that you would leave Golden State anytime soon. Durant has the capability of turning that Warriors team to a dynasty. He has a chance to make this Warriors team be known as one of the best basketball teams ever.

You probably have heard that Kevin Durant was on CJ McCollum’s podcast. Durant told McCollum on the podcast that CJ’s team, the Trail Blazers, don’t have a chance of winning the NBA Finals next year.

I believe that Durant said that to CJ to mess with his mind. If you are in Durant’s situation, are you going to tell another NBA player, who plays on another team, that they have a shot at a championship? No, you’re not. If you did, then that would anger your team and fanbase.

Kevin Durant is not a perfect human being. But, he has done what he needed to do to give himself and his mother a better life.

Some Bitter NBA Truths (remember, you asked!)
How Does LeBron Joining the Lakers Change the Landscape of the NBA?