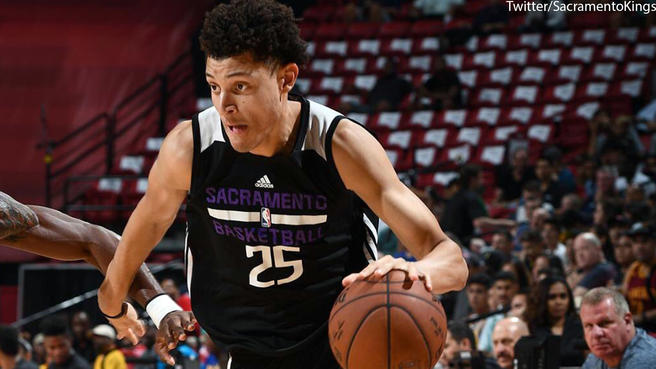 
Marvin Bagley III did not play and will have an MRI on Monday concerning an injury he sustained against the Phoenix Suns on Saturday to his right hip flexor/groin. In his absence, Justin Jackson, who has been quietly solid all Summer League for the Kings, put in 28 points (10-19) and 4 rebounds. Jackson also demonstrated his shooting ability going 4-7 from three-point range. Unfortunately, Jackson did not get much help, as Frank Mason III was the second-leading scorer with 12 points and no other King scored double-digits, but Harry Giles III, Zach Auguste, and Wenyen Gabriel all had 8 points each.


Shai Gilgeous-Alexander had a very solid game for the Clippers. The 11th overall pick from Kentucky made 8-of-16 shots and was good for 21 points, 8 rebounds, and 2 assists as the Clippers won 88-78. SGA will have to continue to work on his outside game, as he went just 1-3 from three-point range.

The Clippers and SGA’s winning effort was aided by Sindarius Thornwell’s 22 points. Thornwell was drafted as the 48th overall pick in the draft by Milwaukee, and he has scored 22 points for the second consecutive Summer League game. The Clippers are desperately looking for guys who can put the ball in the basket this year and these two players seem like viable options worth exploring during the regular season.