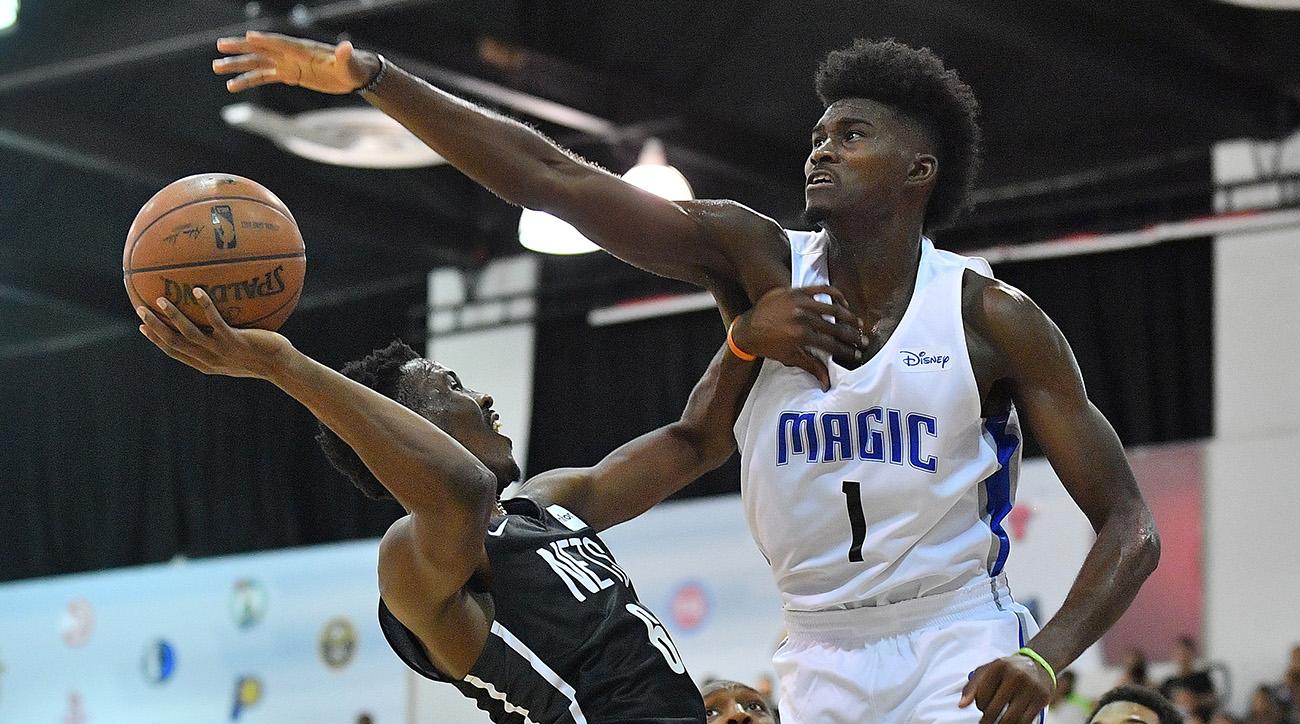 Jonathan Isaac and the Orlando Magic have given some hope to fans down in central Florida, with two wins to start their Summer League. Orlando has longed for a dominate player on either side of the ball since the departure of Dwight Howard back in 2012. While it’s just Summer League and no one expects the Magic to make a playoff run in a lackluster Eastern Conference, Isaac is giving Orlando faithfuls something to look forward to.

The NBA sophomore provided 21 points in the team’s first game against Brooklyn days ago, and continued his stellar play last night in a big win over the Memphis Grizzlies. Isaac added 12 points and seven rebounds along with five blocked shots. With his length and shooting ability, Isaac has all the tools to become a productive player in today’s NBA.

Pair of Top-10 Picks Square Off

While Isaac may have stole the spotlight during last night’s game, there is no doubt that all eyes were on the two rookie big men: Mohamed Bamba and Jaren Jackson Jr. The knock on Jackson Jr. entering the draft was his ability, or lack thereof, to stay out of foul trouble. Well, the rookie has shown the basketball world that may very well be a problem. Jackson Jr. played 22 minutes in last night’s loss against the Magic where he scored only five points on 1-of-9 shooting and committed five personal fouls.

On the opposing side, Magic rookie Mo Bamba didn’t see much game action, but when the rookie was on the floor, he produced. Unlike Jackson Jr., Bamba shot well from the floor, going 5-for-8 tallying 11 points to go along with five rebounds and one monster block on fellow rookie Jaren Jackson Jr.