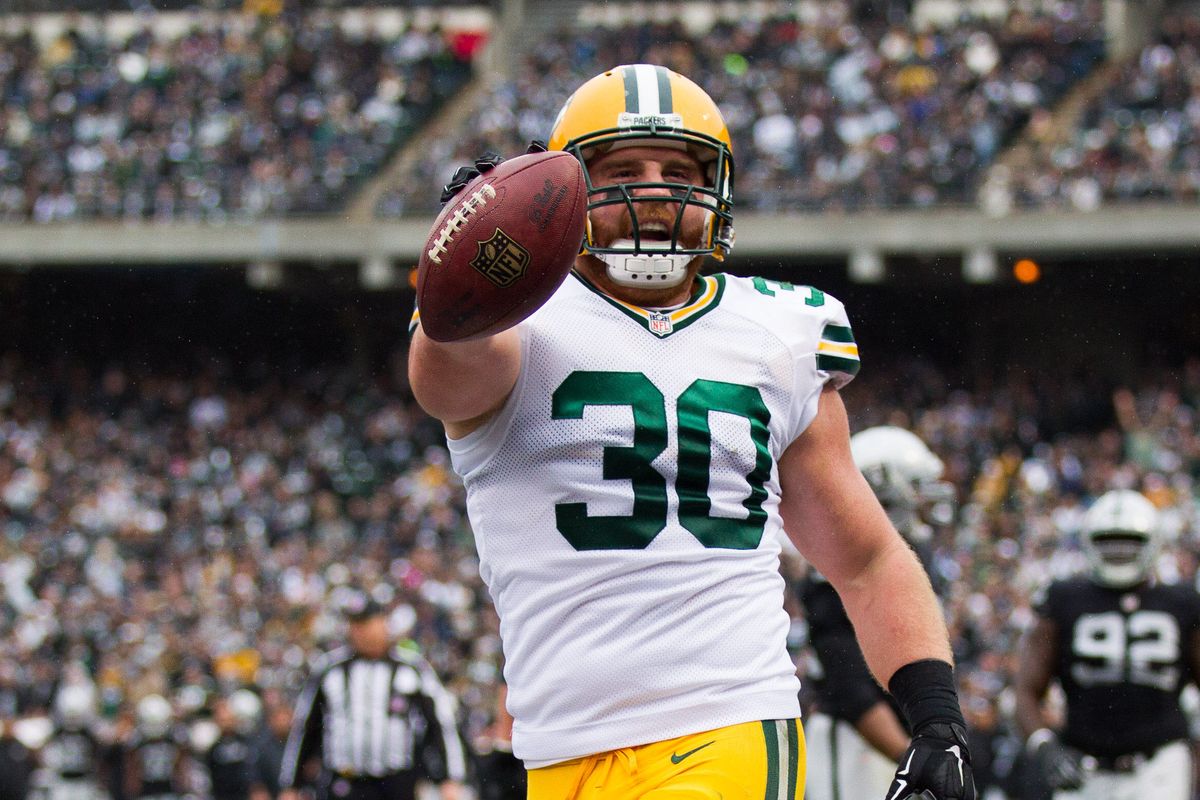 KUUUUUUHN! Former fullback, and fan favorite, John Kuhn, has informed the Green Bay Packers of his decision to retire as a member of the organization, announced by General Manager Brian Gutekunst. Kuhn spent nine seasons in Green Bay (2007-15).

As an undrafted free agent out of Shippensburg University, Kuhn originally began his NFL career with the Pittsburgh Steelers. He spent time as a member of the practice squad in 2005, before appearing in nine games in 2006. He was eventually cut and claimed off waivers by the Packers in 2007.

During his nine seasons in Green Bay, Kuhn played in 139 regular seasons games, and 15 more in the playoffs. His consistent high level of play kept him around and allowed him to play the second-most games in franchise history among running backs (William Henderson, 188).

“John was a terrific football player and tremendous teammate who contributed to many years of success for the Packers,” stated Gutekunst. “He was a true professional whose work ethic and leadership set a great example both on the field and in the locker room. We want to thank John and his family for all they did for the Packers and in the community as well as wish them nothing but the best.”

In a league where the fullback position is a dying breed, Kuhn found great success at Lambeau Field. In his nine seasons, he was a member of a team that finished with 10-plus wins seven times, made the playoffs eight times, won five division titles, and was the Super Bowl XLV champion. Kuhn was named to the First-Team All-Pro by The Associated Press in 2014, second-team in 2011, and he was named to three Pro Bowls. His presence on the field helped the entire unit. The Green Bay offense ranked in the top-10 for points eight times and yards seven times. He blocked for four 1,000-yard rushers (Ryan Grant in 2008-09 and Eddie Lacy in 2013-14).

While his blocking was essential to the team’s success, fans were most excited when he was given the ball. He rushed for 601 yards and 15 touchdowns on 196 attempts. He also recorded 81 catches for 557 yards and eight touchdowns. In the playoffs, Kuhn added four more rushing touchdowns and three receiving ones. Fans have even witnessed John Kuhn warming up his arm on the sideline, as he served as an emergency quarterback.

It’d only be right to finish this off with a postseason Kuhn touchdown, followed by all 81,441 fans shouting his name. Thank you for nine incredible years, KUHN!