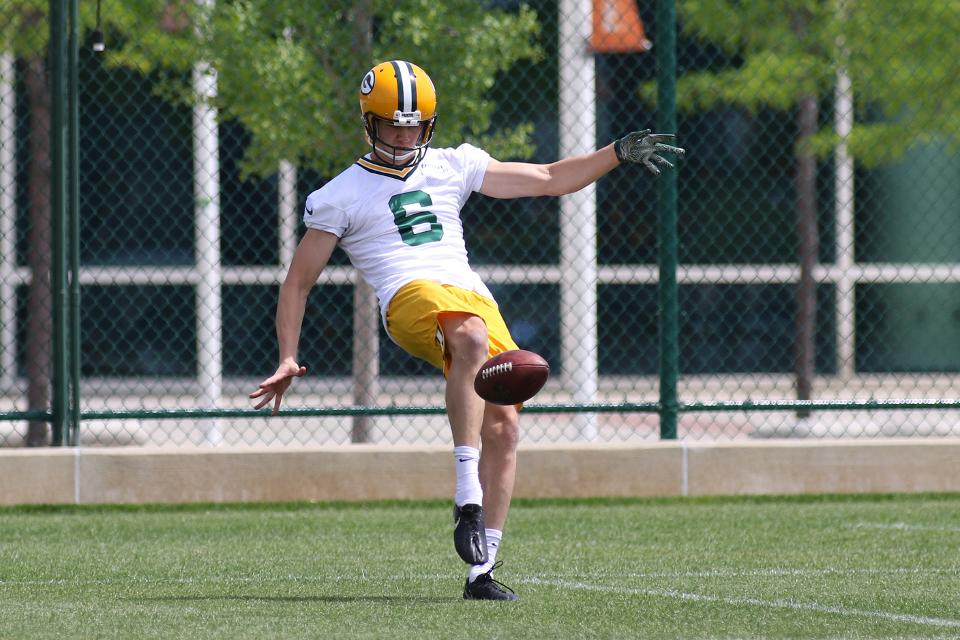 When the offense jogs off the field and the punter comes on, it often is a time to complain or go grab another beer. However, that may change this season in Green Bay, though you can still go grab another beer, Packers fans. JK Scott, the fifth-round rookie punter out of Alabama, has been booming punts in Packers Camp at an impressive rate.

People are here to watch JK Scott flip the field more than anything else pic.twitter.com/0pZIjeiciY

During his four-year career at Alabama, Scott was named First-Team All-SEC twice, and Second-Team once. His longest punt of 73 yards came in his freshman season. From that point on, NFL scouts had their eyes glued to the young punter. Playing for Alabama also helped. Throughout his four years, Scott averaged 45.6 yards per punt, downing 108 inside the 20-yard line. To put that in perspective, the Packers averaged a poor 44.4-yard average last season from Justin Vogel, good for just 23rd in the league.

Scott’s senior season initially looks like a letdown, to his standards. He averaged just 43.0 yards, but half of his punts landed inside the 20, and just five were returned all season. The decrease in yardage can be credited to the field position his team had, thus requiring more directional punts rather than distance. The success of the team around him can also be seen by his 54 punt attempts, which was down ten from the previous season in just one less game.

On Monday, JK Scott put on a performance that Michael Cohen of The Athletic called “insane.” Scott punted six times for distances of 50, 49, 55, 57, 53 and 62 yards. The 62-yard punt had an incredible hang time of 5.02 seconds. This practice was not out of the ordinary for Scott, as shown below by Cohen’s documented performances from previous days at Packers Training Camp.

#Packers worked on placement punting from the 50-yard line and the opponent 40-yard line. Here are JK Scott’s unofficial numbers:

The last time the Packers didn’t finish in the bottom ten in yards per punt was back in 2011. Tim Masthay was the punter, and even then, he was just 15th-best in the NFL with a 45.6-yard average. With so much disappointment coming from the punter position over the past decade in Green Bay, it’s no wonder GM Brian Gutekunst used a fifth-round pick to grab Scott.

It’s often overlooked, but the value of having a talented punter should not be overstated. This is especially true when the team has a poor defense, which has often been the case in Green Bay during this punter drought. This season, winning the special teams battle will be an incredible asset to the offensive and defensive groups, which are thought to be improved.

With the addition of Mike Pettine as defensive coordinator and the new talent brought in on the defensive side of the ball, this not only should be an improved group, but one that will create havoc when it steps on the field. If Scott can continue his success at pinning opponents inside the 20, this will leave Pettine licking his chops, dialing up various blitzes and putting pressure on suspect quarterbacks.

Whether through turnovers or defensive stops, this should mean better field position for Aaron Rodgers and the offense. The Packers’ average starting field position last season was 26.22, which was 29th in the league. If Green Bay can start nearly in their opponents territory three or four times per game, Rodgers should drive into the red zone quickly. This is easy points for the Packers, now that they will have red zone monsters like Davante Adams, Jimmy Graham and Marcedes Lewis to work with.

All of this happens because of some great kicks from a talented rookie. JK Scott will get his first NFL action on Thursday night, as the Packers take on the Titans at Lambeau.