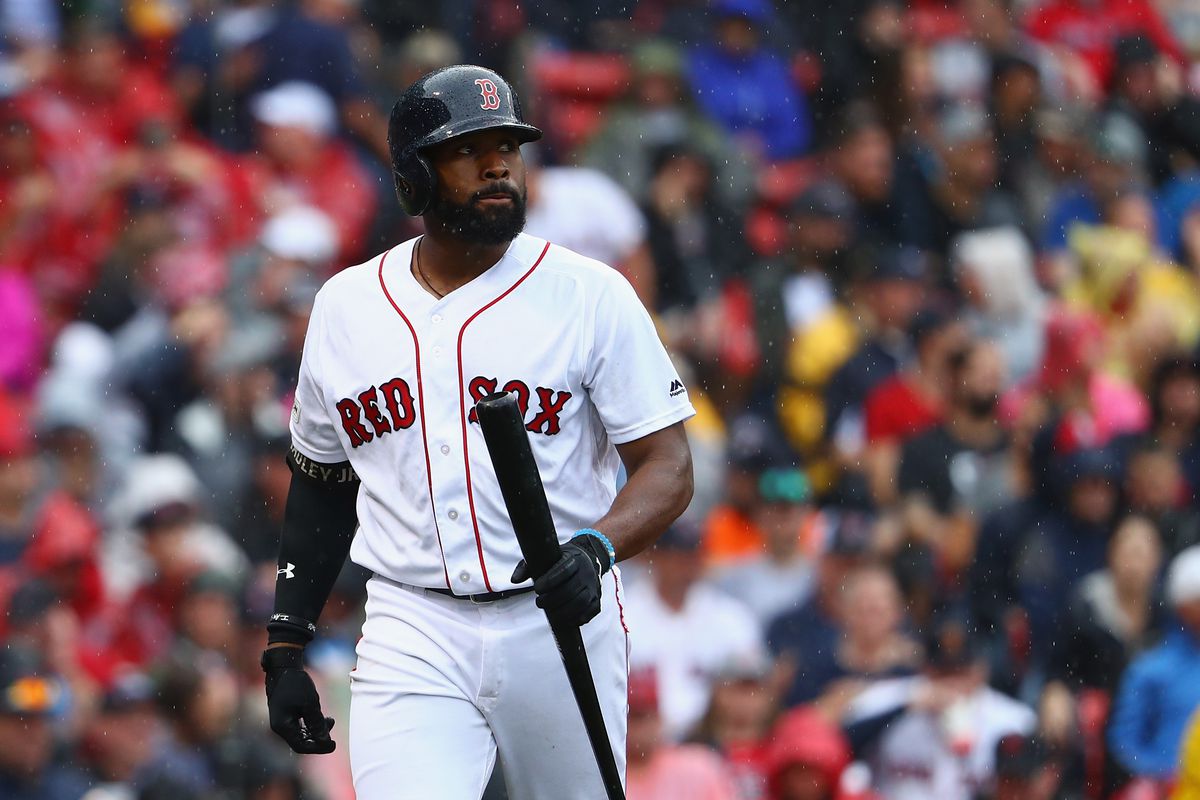 With the rumors swirling about a salary cap trade, Jackie Bradley Jr. finds himself as the odd man out.

As well as the gold glove center-fielder has played on defense, it’s not enough to cash in on his value on the open market. With at most two years of control left, he can be moved in multiple packages to not only save money, but add to the horrendous bullpen of the Red Sox.

With some teams rumored to be in the mix, what exactly would it cost to acquire one of the best defenders in the game? How comfortable will the return have to be in order for the Red Sox to pull the trigger?

This trade works for both teams. The Braves get an additional outfielder to strengthen their depth, and the Red Sox get a future replacement for the ailing Dustin Pedroia (who may leave sooner rather than later). This move also doubles the team’s salary cap for the 2019 season, allowing room for a midseason trade, as well as a small addition, while staying under the harsh penalties they face in this year’s draft. The 2019 first round draft pick was pushed back 10 spots, almost wiping them out of the first round entirely — one of the harshest punishments due to the salary cap yet.

The Diamondbacks find themselves in a tricky spot if AJ Pollack leaves town. That would be the second straight year a major free agent has left Arizona. Jackie Bradley can surely help fill the outfielder spot. He has the speed and range to cover the deep outfield, while having a cannon of an arm to bring the ball into play quickly. While not giving up a lot in return, their deep farm system is more expendable that that of Boston’s.

Boston kills two birds with one stone in this trade. They get an affordable, controllable arm in the bullpen, while also expanding on their nearly depleted farm system. Boston barely has two prospects in the MLB’s 2018 top-100 (Groome, Chavis.) The addition of Clarke gives the team flexibility in its extension debacle with some of its youngest pitchers on the team.

Texas gets the defensive help in the outfield they desperately needed. While one of their few strengths is their bullpen, giving up an arm and a prospect who hasn’t quite lived up to the hype will certainly not hurt. The Rangers need a spark to become the winning club they once were, and a World Series champion will certainly benefit. The Sox yet again capitalize on a team needing an outfielder in a bad way, while maybe redeveloping a once touted prospect.

While it’s abundantly clear the Red Sox don’t HAVE to make a trade, if they want to pull the trigger, they have plenty of options moving forward.

* Note: Not all trades are salary matched for comparison, all are mere speculation.