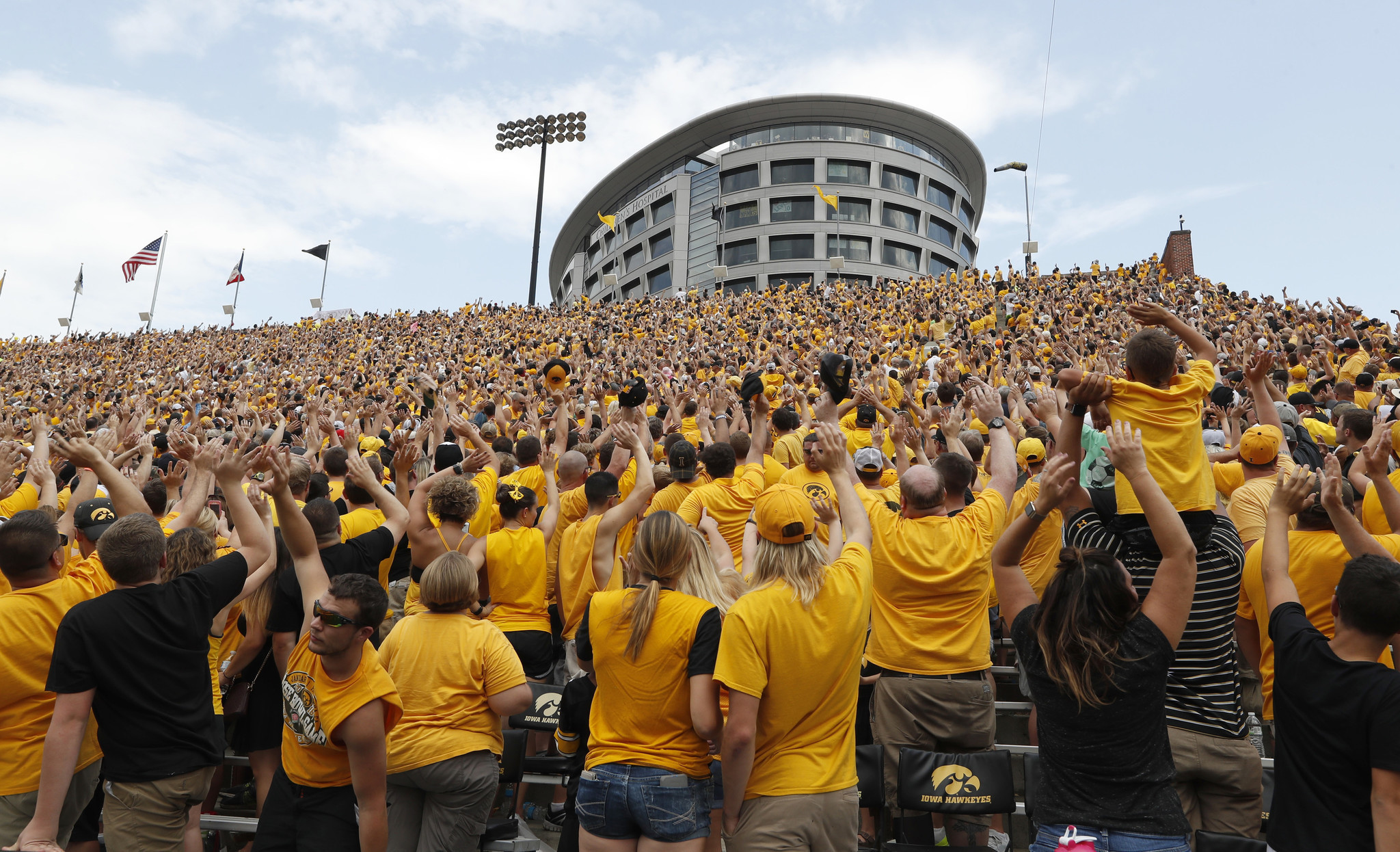 For football fans across the world, Saturdays are a nice precursor to the NFL on Sundays. College football season is approaching quickly, with each team feeling amped up to display their new recruits, coaching staffs, and returning talent from the previous season. There are many famous college football traditions that schools use to unite fans across the country.

“Jump Around” in Madison nearly destroys Camp Randall during home games. Ohio State writing out “Ohio” at mid field with their top tier band is as challenging of a tradition as there is. Harnessing a raging buffalo while sprinting across the field causes a roar at the University of Colorado. With all of these traditions, there’s no doubt that the fans have something to look forward to when they arrive at their home venues.

There is one tradition in college football, however, that is less about the game and more about uniting the fans. It’s about giving a sense of hope. It’s about letting people know they are not alone in the battle. It’s about giving a small moment of freedom from a challenge that each child is fighting each and every day. It’s the “Hawkeye Wave,” and it takes place at Kinnick Stadium in Iowa City.

At the end of the first quarter of each home game, fans turn their back to the field and take the opportunity to take a look at the University of Iowa Children’s Hospital. Many of the children, their families, and their friends walk over to the windows overlooking Kinnick Stadium at this moment to gaze upon the stadium full of fans. The fans all then begin to wave towards the hospital, letting all of the viewers from above know they aren’t alone in their battles.

Hawkeye’s head coach Kirk Ferentz has a special connection with the children’s hospital. His granddaughter, Savvy, was born at 21 weeks in there. Despite the constant care and assistance, Savvy unfortunately passed away.

“We knew Savvy was born too early,” Mary Ferentz, Kirk’s wife, issued in a statement. “We also knew they do extraordinary things at UI Stead Family Children’s Hospital that would give her a fighting chance. We were thankful for that.”

As Kirk was doing an interview with ESPN, the special connection with the new hospital was clear. Fighting back tears, Kirk discussed how important it was for Savvy’s name to never be forgotten. Kirk and his wife donated a million dollars to help fund research to help premature babies. The new program at the hospital is named the Savvy Ferentz Program in Neonatal Research.

Despite the Hawkeye Wave being a small part in college football, it is a huge gesture to the children and parents at the hospital who need a sense of support during their ongoing battles. The fans, players, and coaches provide that comfort. To spectators watching nationwide, this may be the best new tradition in college football. Kudos, Iowa Hawkeyes.