IT Happened: Irving to Boston 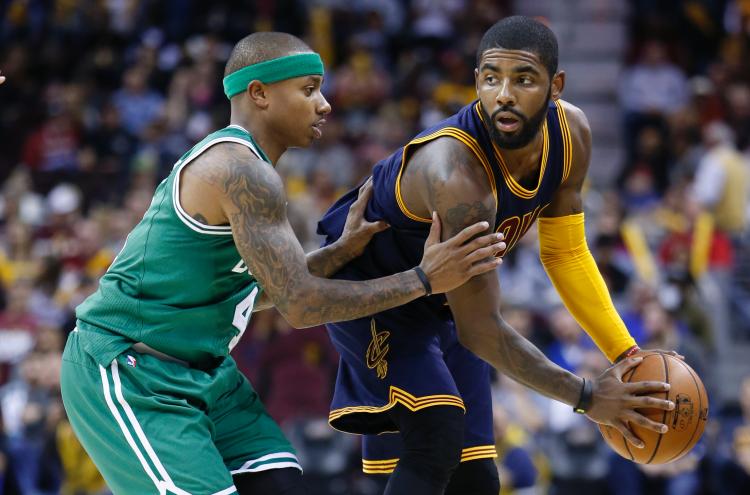 Kyrie Irving made it no surprise in late July that he wanted out of Cleveland, but fans around the league, including myself, were shocked at about 6pm Central on August 22nd when he was dealt to the Boston Celtics.

Why each team (likely) made the deal

In order to try to keep LeBron James, the Cleveland Cavaliers have acquired what could turn out to be the number one overall pick at best, and number five pick at worst. In order to convince LeBron to stay, the Cavaliers will need to find a player to draft that LeBron will approve of playing with. Plus, should the King leave Cleveland, again, the Cavaliers will have an early start to the rebuild. Adding IT4 and Jae Crowder also helped the Cavaliers add depth to an otherwise depleted roster. Thomas will likely start and Crowder will provide a solid 3 and D player off the bench. Ante Zizic is also a young prospect that could develop into a solid backup for current Cavaliers center, Tristan Thompson.

Before this trade, the Celtics were staring at potentially having the number one AND number two picks in the draft, should the Lakers’ pick fall between two and six. This gave Danny Ainge the flexibility he needed to pull off this trade while not sacrificing having a top-five pick in the 2018 draft. Isaiah Thomas is also a sub-6-foot player who would have been a free agent after this season and would likely have commanded a max deal from someone else, if not the Celtics. Thomas is also coming off of a hip injury that ended his season in the Eastern Conference Finals and will be on the wrong side of 30 this season. Kyrie Irving has two years of his contract left, and given Boston’s talented roster, could be convinced to re-sign when he becomes a free agent. It will be interesting to see how Brad Stevens will adjust his lineup for this upcoming season.

Ultimately, this deal makes sense, but damn if it isn’t a painful one. My gut reaction is to hate this trade, however, I know that this trade is for the best. I understand why Danny Ainge pulled the trigger, but Isaiah Thomas had quickly become my favorite Celtic in many years. I will truly miss him.