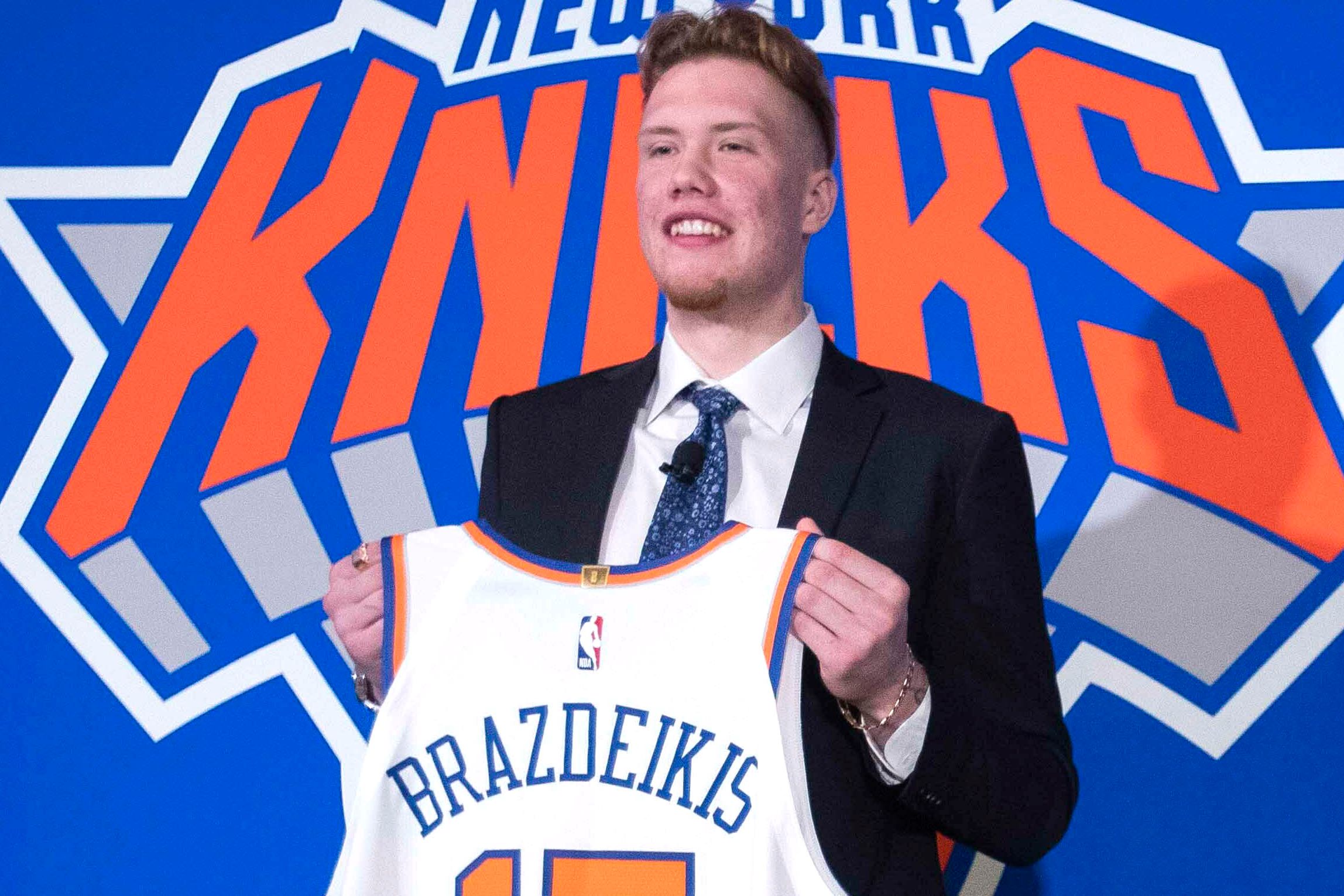 Ignas Brazdeikis Scores 30 in Overtime Loss to the Suns

Ignas Brazdeikis Scores 30 in Overtime Loss to the Suns

Ignas Brazdeikis, the rookie forward out of Michigan, was on fire for the Knicks Sunday night. He scored a game-high 30 points, shooting 61.1 percent from the field, including 3-of-5 from three-point range. Brazdeikis also added eight rebounds and two assists, but turned the ball over five times. Top pick for the Knicks, RJ Barrett, was quiet once again. He finished the game with eight points, ten rebounds and eight turnovers, shooting just 20 percent on the night.

James Palmer Jr., the undrafted rookie out of Nebraska, led the way for the Suns in the win. He finished the game with 23 points, four rebounds, one assist and the rare seven fouls. Palmer also hit four threes in the process, fighting to make an NBA roster and prove he should have heard his named called on draft day.