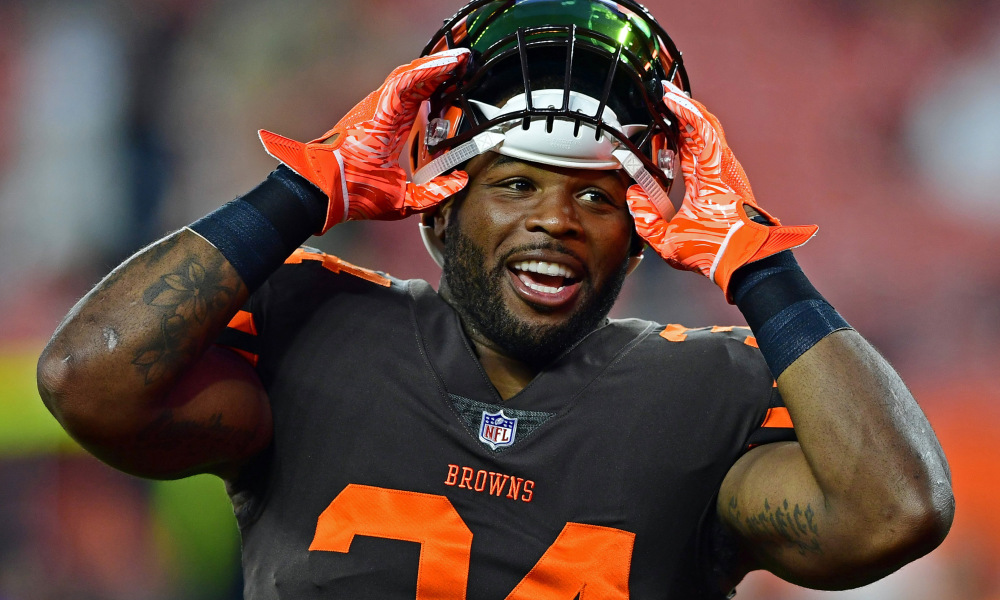 In what we thought would be a boring Friday afternoon in the fantasy football world, there was a couple big stories affecting running backs. Check to see how your leaguemates are responded to the news, and jump on this opportunity to exploit their emotions.

Marshawn Lynch to Miss at Least a Month

First, we were given bad news about Beast Mode, Marshawn Lynch. Oakland is on their bye, but sorry Raider fans, that doesn’t mean you get a week off from disappointment. Head coach Jon Gruden stated here was some concern regarding Lynch’s groin injury. After an MRI today, Ian Rapoport has reported that the Raiders will be without Lynch for at least a month, adding that a placement on injured reserve is a possibility.

Lynch has 90 carries for 376 yards and three touchdowns this season. If we take away his longest rush, he would have 89 carries for 324 yards, 3.6 yards per carry. The Raider backfield has been a disappointment overall, with Doug Martin second in carries–27 rushes for 99 yards. Jalen Richard is also in the backfield, though he serves as the receiving back mostly.

As of now, Doug Martin would be the pickup, but keep those expectations low. I would not be surprised to see Oakland bring in another body, given Martin’s ineffectiveness this season.

Carlos Hyde Traded to the Jaguars

Clearly Jacksonville does not want to rush Leonard Fournette back, but T.J. Yeldon is not going to win games. In order to right the season and claim first place in the AFC South, the Jaguars have traded for Carlos Hyde.

Let’s talk about those affected, starting with Carlos Hyde. On the season, Hyde has ran for 382 yards and 5 touchdowns on 114 carries. This workload equals 19 carries per game in Cleveland, not a workload he’s expected to see in Jacksonville. So immediately, his workload will go down. He’ll run behind a more talented offensive line, but for how long? The Jaguars play the Eagles next week, then have their bye. I would expect Fournette to give it a go following that week.

Speaking of Fournette, he’ll lose carries. Obviously, they’ll start him off slow, but even at peak health, I expect Hyde to continue seeing touches. This just knocks Fournette’s value this season down to the middle RB2 tier when healthy, in my opinion. Also, you can drop Yeldon if you want, as soon as we find out Hyde is able to play.

In Cleveland, Nick Chubb fans rejoice! Chubb has 173 yards and two touchdowns on just 16 carries. The Browns thought the same thing I did, “we need to get this kid the ball more!” As I previously mentioned, Hyde’s departure leaves 19 carries per game up for grabs. A couple will go Duke Johnson’s way, but the majority of the work should go to the rookie. He has top end RB2 upside and should be picked up everywhere, if he’s unowned.