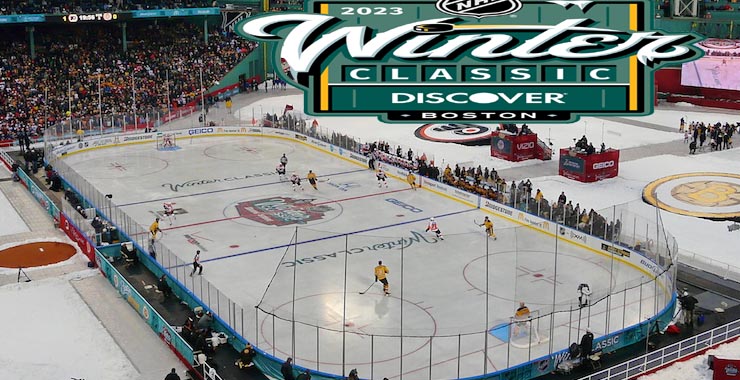 The news of the upcoming 2023 NHL Winter Classic is sending chills of excitement down the spine of every ice hockey lover out there. What a great night we are about to witness as the Boston Bruins are all set to take on Pittsburgh Penguins. Both teams consist of the finest players who are full of vigor and determination. The event will commence with the Bell Biv DeVoe, a super hit music group, performing the national anthem. This music group is best known for their song ‘Poison’ which remained in the limelight for quite some time. Following this, the match will take place. Fans will also get to see the performance of the renowned American rock duo, Dan Auerbach and Patrick Carney, together known as ‘The Black Keys’.

After the 2022 NHL Winter Classic was wrapped up by the St. Louis Blues the NHL laid down plans for the next year’s game. The game was initially planned for the 1st of January 2023 but since the date was landing on a Sunday, hence the NHL shifted it to the 2nd of January 2023. Boston Bruins were selected as hosts for the event. In February 2022, the famed sports channel ESPN hinted at the Pittsburgh Penguins being the opponents of the Boston Bruins. The NHL wasted no time and soon confirmed in April that the opponent team would indeed be the Pittsburgh Penguins.

The NHL is the top-most ice hockey league in the world and one of the 4 major professional ice hockey leagues in North America. For inveterate ice hockey fans, missing even a single game of NHL is equivalent to skipping their birthdays. A thought like that would never cross their minds. Adorers of OolaTV in the United States can watch the live stream of Boston Bruins vs Pittsburgh Penguins on:

Fans of Boston Bruins or Pittsburgh Penguins residing in Canada can catch the minute-by-minute update together with English language commentary on anywhere:

The game is scheduled to be held on the 2nd of January, 2023 at Fenway Park in Boston, Massachusetts. Boston Bruins have been awarded the hosting rights for 2023, NHL Winter Classic. The 2010 NHL Winter Classic held between Boston Bruins and Philadelphia Flyers was also hosted in the same arena. The match will kick off at 2 pm.

Defensemen of the Pittsburgh Penguins are all prepared to face the Boston Bruins after they were defeated 2-4 by the New Jersey Devils at PPG Paints Arena. The Penguins are hopeful that they will pull this one off after suffering 4 consecutive defeats. The Boston Bruins on the other hand have just triumphed against the Devils and are overflowing with confidence. Stay tuned for the results!