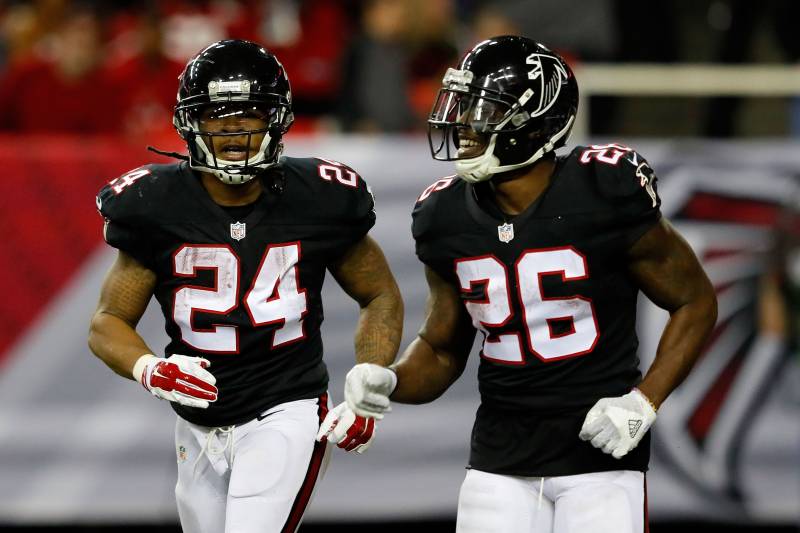 Fantasy football theory has changed quite a bit over the years. Back in the day, after you got your best running backs, you would most certainly “handcuff” them to their backups, for insurance in case of injuries. However, it is often harder to figure out who the true backup will be if the starter goes down. We might need to add another term in the world of fantasy football, because sometimes your choice is between an unknown “handcuff” versus a type of player we will call a “zip tie.”

In the security world, handcuffs are reusable and stronger, while zip ties are single use and are often used as temporary solutions when handcuffs are not available. This year, the Falcons are a perfect example of this concept in fantasy. Devonta Freeman in Atlanta is backed up by Ito Smith. Smith will likely see about 35% of the workload when Freeman is healthy. If Freeman goes down with an injury, that does not mean the Falcons will load up on Smith and give him Freeman’s 65% of the workload. The Falcons will likely utilize rookie Quadree Ollison, or Brian Hill, to split carries with Smith. This is a “zip tie” situation, because the guys that appear to be a “handcuff” on draft day will not see as much of an increased workload in the event of an injury. Instead, Ollison and Hill will each take 25% of the workload, leaving Smith with a 15% increase in use while Freeman recovers. A “zip tie” situation is a riskier investment than a true “handcuff” situation.

Another great example of the perils of an apparent “handcuff” situation happened with the Chargers last season. Melvin Gordon had more than 20 touches in seven of his 12 games played. Austin Ekeler is a valuable player to have on your bench to fill in at the FLEX and RB slots, especially during bye weeks, but he did not get more than 20 touches in any of the games Gordon missed. Factor in the dynamic Justin Jackson, who emerged as another excellent choice at RB late in his rookie year, and suddenly Ekeler looks like more of a “zip tie” than “handcuff” this season.

If you only have a limited bench, like in public Yahoo (6) or ESPN (7) leagues, it does not make sense to load up your bench with “zip ties” or “handcuffs.” You need starters that can get you through the bye weeks as much as the injuries so you need flexibility. In larger roster custom leagues, and especially in the dynasty format, load up on the “handcuffs” and “zip ties” regardless of the players on your roster. This will give you trade capital with other players that want to add the backups to their injured starters.

True handcuffs are getting more and more rare in today’s NFL, so it is important to understand a team’s philosophy based on past game logs so you know whether a backup is indeed a “handcuff” or a “zip tie.”