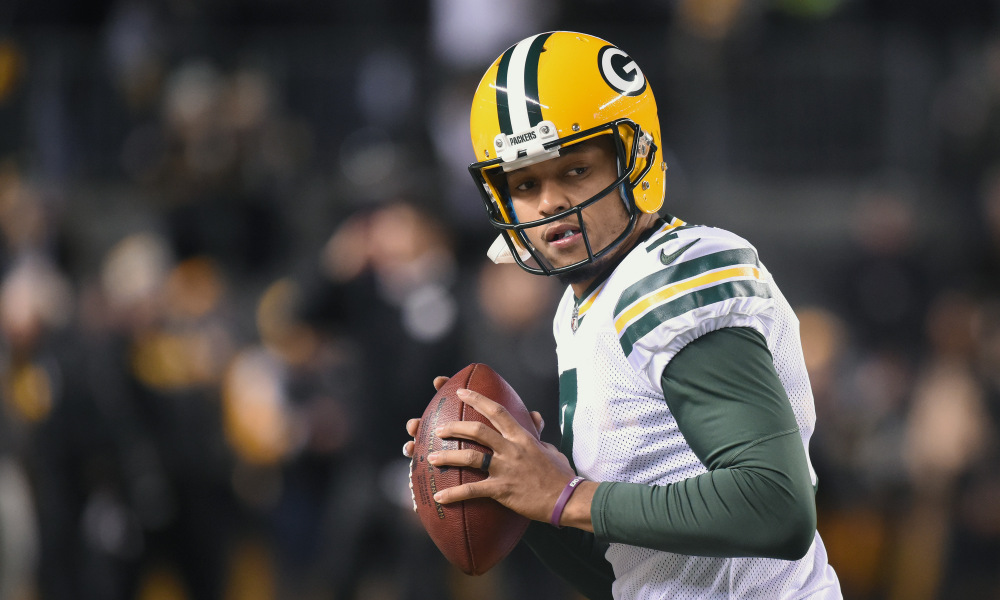 The Green Bay Packers entered the 2018 NFL season as one of the early favorites to make it to Super Bowl LII in Minnesota. After a 4-1 start capped off by a thrilling come-from-behind victory led by Aaron Rodgers in Dallas, everything looked right for those donning green and yellow.

But this is the NFL, and anything can change on a weekly basis.

Rodgers’ clavicle was broken by LB Anthony Barr one week later, and Rodgers’ season was put on hold for eight weeks. The Packers placed Rodgers on IR, with designation to return. However, once Rodgers went down, Mike McCarthy trusted his young backup quarterback Brett Hundley to fill an impossible role of keeping their season afloat, with #12 sidelined.

Hundley’s play … wasn’t great. In fact, Hundley struggled playing at Lambeau Field and performed better on the road. Hundley never threw a touchdown pass at home, but managed to throw seven interceptions instead. This led to the Packers going 1-4 at home, under Hundley.

Road games were kinder to Hundley, who threw six touchdown passes with zero interceptions, when the Packers still flirted with playoff contention.

The Packers finished 7-9, good for third place within the NFC North, and missed the playoffs for the first time since 2008.

Though despite a lost season, there were some bright spots moving into next season and beyond.

First, there’s a running back committee in Green Bay’s backfield. Wide Receiver turned running back, Ty Montgomery, was given the keys to be the full-time starter after James Starks and Eddie Lacy departed.

Montgomery rushed for 273 yards and three touchdowns before suffering broken ribs against the Chicago Bears, and was shutdown for the rest of the season. Rookies Aaron Jones and Jamaal Williams both stepped up and helped produce pretty good numbers for a rookie duo.

The Packers have always been a prolific passing team first, with a rushing identity second. Even when Eddie Lacy had his best seasons, Rodgers was lighting up the league with his right arm. Now that three backs have proved they can run the rock successfully, it’ll take pressure off Rodgers — and maybe save an injury or two — and force defenses to stack the box more instead.

Look how it worked in New Orleans, with Mark Ingram and Alvin Kamara in the backfield, and Drew Brees under center. If Green Bay can get close to that level of production for a full season, then there’s no reason to believe Green Bay can’t get back into the thick of the NFC playoff race in 2018.

Martellus Bennett. There’s not a whole lot to say that hasn’t already been said at this point. Bennett was brought in to fill a premier tight end position that had been missing since Jermichael Finley’s season ended prematurely due to injury in 2012. Hell, you could argue there hasn’t been a good tight end in Green Bay since Bubba Franks.

Anywho, the Bennett saga only lasted a few weeks before a number of medical stories regarding his injured shoulder surfaced, and there was a reported rift between him the Packers’ medical facility. Needless to say, it didn’t work out. Bennett returned to New England, and the Patriots just happen to be playing in the Super Bowl this Sunday. So, yay?

On the defensive side, Mike Daniels and Clay Matthews had one of their best seasons in recent memory, with five and eight-and-a-half sacks respectively.  Rookie defensive backs Josh Jones and Kevin King look to help anchor this defense next season. Ha Ha Clinton-Dix took a step back this year, and you don’t even need a statline for him. Almost every video clip shows him either getting beat by receivers or making poor tackles from bad angles.

The Packers are going to need him to play like he did in his rookie year in 2014, if they want offenses to stop scoring at will on them. Overall, the Packers’ total defense finished 22nd. With NFC teams becoming more explosive on offense, they’re going to have a tough time stopping anybody if this defensive unit doesn’t get better in the offseason.

Hopefully, for Packers fans, newly acquired defensive coordinator Mike Pettine will be the man to mold this defense in his vision and finish within the top-10.

Lastly, Davante Adams earned every penny of his new contract. The Packers and Adams agreed to a four-year/$58m contract with $31 million guaranteed. Adams put up 22 touchdowns and 1,882 yards in his last two seasons. He has proved to be one of Rodgers’ go-to weapons, and will be locked in until the 2022 season. Adams’ has huge potential, and the Packers rewarded him.

Though the season got away from the Packers in a hurry, there were positives that have fans anxiously waiting for September to put the 2017 season as far from them as humanly possible. The Packers prove they belong in the conversation for Super Bowl favorites year in and year out, will 2018 finally be their year?

We’ll have to wait and find out. Enjoy Super Bowl LII, everyone!