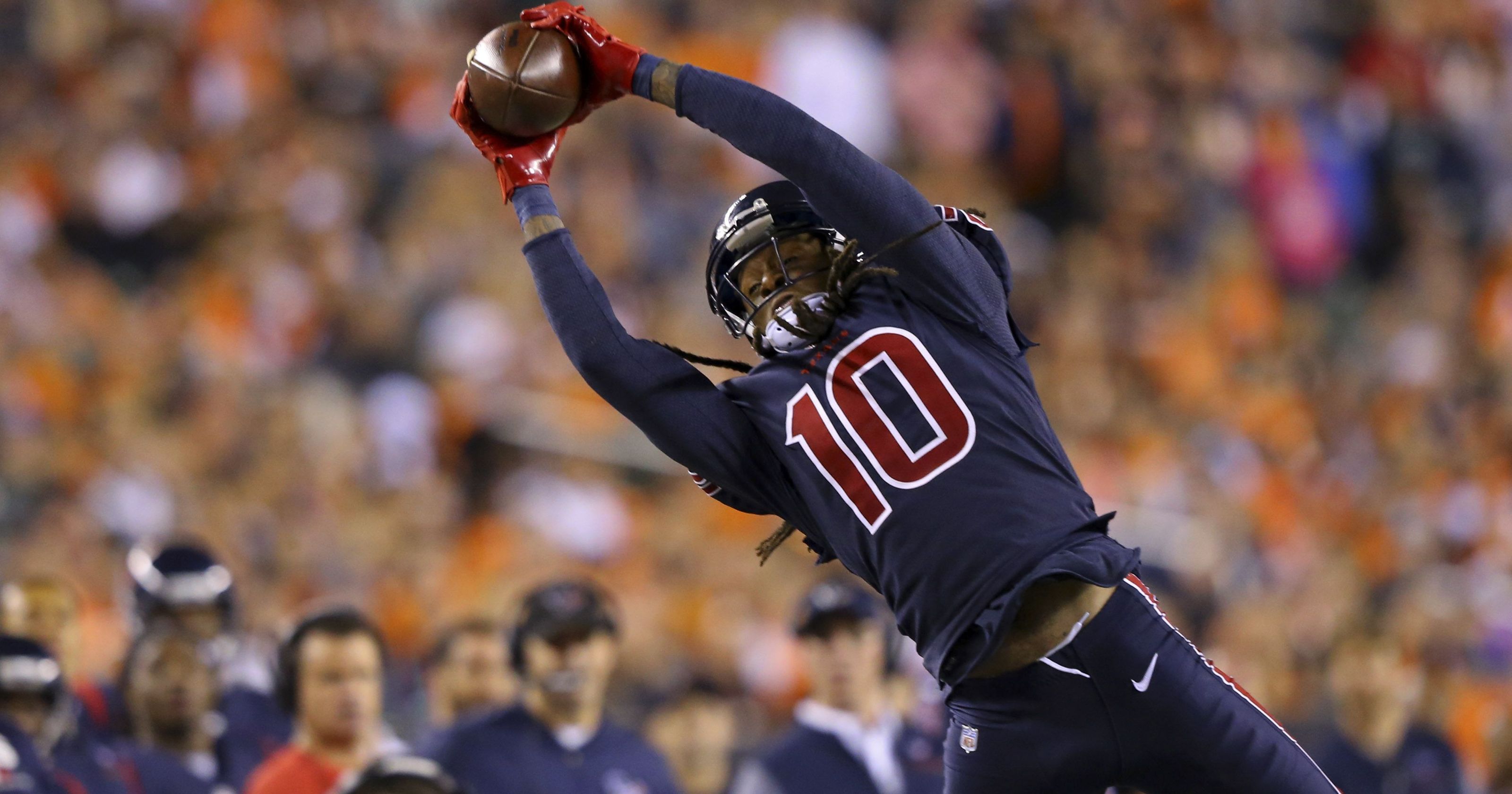 Every possible piece of data analyzed shows another terrific year ahead for Hopkins. His share of the targets decreased in 2018 relative to his percentage and total in 2017, yet his fantasy production increased. One could even argue that a healthy Fuller and Coutee could make double teaming Hopkins next to impossible this year.

Barring an unforeseen injury, is there anyone more reliable right now in fantasy football at at the position than the guy they call Nuk? Three or four guys could possibly outscore him this year, but all of them have a higher range of outcomes for one reason or another. Hopkins has even performed well with average to below average quarterbacks in the past, so he is insulated against an injury to his starting passer, unlike other contenders for the top spot.